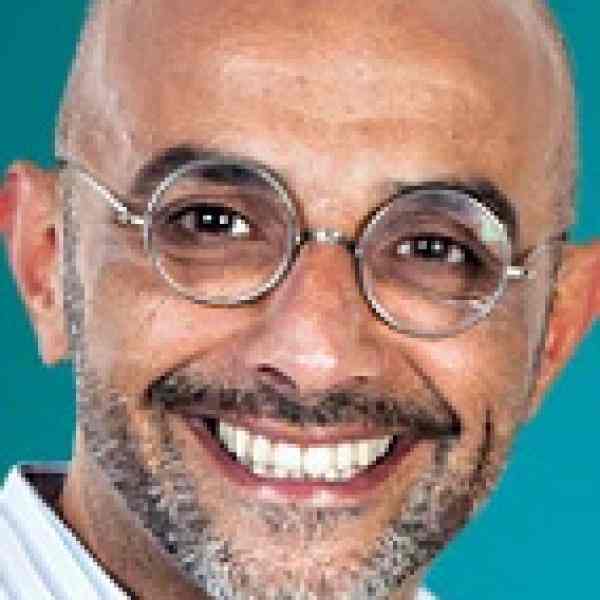 Fábio has built a network of volunteer dentists, the Dentista do Bem (Dentist for Good), who offer for free to eligible young patients complete oral treatment until the patients turns 18 years old.

Using an in-depth survey to identify those patients who would be best served through regular dental care, Fabio has created a methodology to prioritize particular types of cases. He found that four major types of complaints exist, and that youth over the age of eleven would benefit most from treatment and ongoing dental care. Using a volunteer network of 15.000 dentists, he reaches out to the public school system in order to pair students with dentists in their area. Using hours that would otherwise be spent idle, nearby dentists have an incentive to participate in the program.

With more than 15.000 dentists and over 53.000 children and adolescents, the program is already in 14 countries (13 in Latin America and Portugal).

In addition, Fábio pairs these programs with extensive media outreach, lobbying efforts, and awareness building, in an effort to educate Brazilians about the importance of oral healthcare and to encourage the country’s large number of dentists to uphold their social responsibility.

Roughly 30 million Brazilians have never been to a dentist, and 14 percent of adolescents have never had dental treatment. Of those who have been to a dentist at least once, 55 percent use only the Ministry of Health system, which focuses on curative services and tooth extraction rather than sustained and preventative care. According to the Ministry of Health, an estimated 33 percent of the population between 12 and 19 suffer from some kind of severe or incapacitating dental problem, and most are unaddressed by the public health system.

As a result, the lack of dental care and oral hygiene available to Brazil's poor signifies one of the country's principal public health problems. Among the many resulting health problems are facial malformations, tooth loss, and mouth cancer, in addition to its profound impact on self-esteem and the sufferer’s social and professional life.

While numerous citizen organizations have attempted to provide free services to those in need, most have been welfare-oriented, sporadic, and of poor quality. Dentists must go to public clinics, which are often far from their workplaces and without the necessary equipment. Programs tend to focus on preschool children and fail to provide continued treatment.

Dentists are generally poorly equipped to address the needs of the poor and those who can afford regular access to specialized dental treatment through dental health plans and private clinics represent only a small percentage of the population. According to some estimates, families with a monthly income of less than R$400 can afford to spend only R$.55 per month on dental exams and treatments, compared to R$60 spent by those with higher incomes.

Ironically, despite its enormous gap in service delivery, Brazil enjoys an average of one dentist per every 1,000 people, compared with one to every 1,500 recommended by the World Health Organization. As a result, private clinics may be quiet.

The situation has long been aggravated by a lack of public awareness regarding the serious consequences of poor dental care. While more than 50 percent of the population declares their oral health conditions range normal to poor, treatment is considered a luxury, and primarily intended for aesthetic purposes. A lack of awareness or public discourse has meant that there has been little public policy debate regarding dental care or a regulatory system for the dental hygiene market.

Fábio has built a network of 600 volunteer coordinator dentists who coordinate dental screening in public schools and other social organizations. In the dental screenings, Coordinators Volunteers are responsible for proceeding the IHC (Hierarchy Complexity Index – created by TdB) at public schools in their resident municipalities or districts. Fábio uses the surveys to prioritize cases and categories according to the level of the treatment’s impact. TdB Team selects the beneficiaries using 3 criteria: the poorest, with the worst dental condition (according to IHC file) and the oldest (because they are closest to their first job).

After identifying which teens will best be served by treatment, Fábio pairs them with dentists working nearby to foster a long-term relationship between the dentist and patient and to avoid discontinued treatment. Besides doing the dental screening, the coordinator also gets new volunteers to the projects using their own network of colleagues.

Apart from the economic incentive, each dentist receives logistical support and consultation from the moment he/she enters the network, particularly regarding questions and constraints related to upholding social responsibility. There are 4 days of training for dentists playing the dual role of volunteer coordinators, featuring training and capacity building sessions, and to discuss Oral Health and the importance of the role of the dentist.

Much of Fábio's work rests on media outreach and public events, in an effort to recognize the work of Dentistas do Bem and to mobilize other dentists throughout the country to follow their lead. In one such example, he organized an annual award ceremony called “Sorriso do Bem,” recognizing various players in the project, including coordinators and volunteers. In this award, the main prize of the night is “the best dentist of the world,” the one who truly changed the social reality of their city.

With help from his contacts in the artistic and media world, Fábio has created a range of communication tools to enhance his awareness campaign beyond the doors of Brazil's legislative halls. He intends to use them to create a more consistent debate about the reality of oral health in Brazil and point the way to new alternatives. He has authored three books about oral health, one of which served as the inspiration for both a feature length children’s movie and a theater production, which ran for four years in São Paulo. He also developed and organized a feature length documentary about the impact of oral health on the lives of Brazilians.

Fábio grew up in Sao Paolo, and attended a Jesuit school, where he worked closely with the Catholic priests on various social projects in the sprawling Heliópolis favela. It was here that he began to understand the demands and needs of poor communities, and grew increasingly troubled over the circumstances faced by the Brazilian poor.

In the early 1980s, Fábio studied dentistry at the Julio de Mesquita Filho State University in Araçatuba (SP) and became actively involved in the student movement. The period was largely characterized by the relaxation of the military dictatorship and the return of many professors who had spent years in exile. Fábio studied under several of these people, whose ideas and experiences considerably shaped his career and personal life. While in dental school, he re-established the Student Union, serving as President and as a regular participant in student causes and demonstrations. During this time, he produced and presented the university with the first Student Satisfaction Survey; basing the measurement not on the number of studies and publications as many others did, but on the performance of professors in the classroom.

Upon graduation, Fábio underwent a period of intense internal conflict; realizing that his years of political activism in school were to be replaced wholly by work in a dental clinic. Unsatisfied with work in private clinics, he began to give talks in public schools about preventative dental health. He wrote A Happy Smile to your son, a guide book for preventive oral health, and studied both the main treatment needs in the poorest segments of society and the social implications of oral health problems for individuals, including low self-esteem, troubled relationships, and an inability to smile and eat properly.

In the early 1990s, Fábio helped to create and later worked with "Adopt a Smile"—a program through the Abrinq Foundation that enabled the children in projects supported by the Foundation to receive free dental treatment from volunteer dentists. Yet he was critical of the selection and prioritization process for the Foundation’s cases, and disagreed with its narrow focus on children of preschool ages, since it is after adult teeth are fully developed that they begin to be subjected to the worst oral health problems. Fábio founded Turma do Bem in 2002, and directs a dental clinic to maintain relevant contacts and to ultimately alter dental school curriculum.