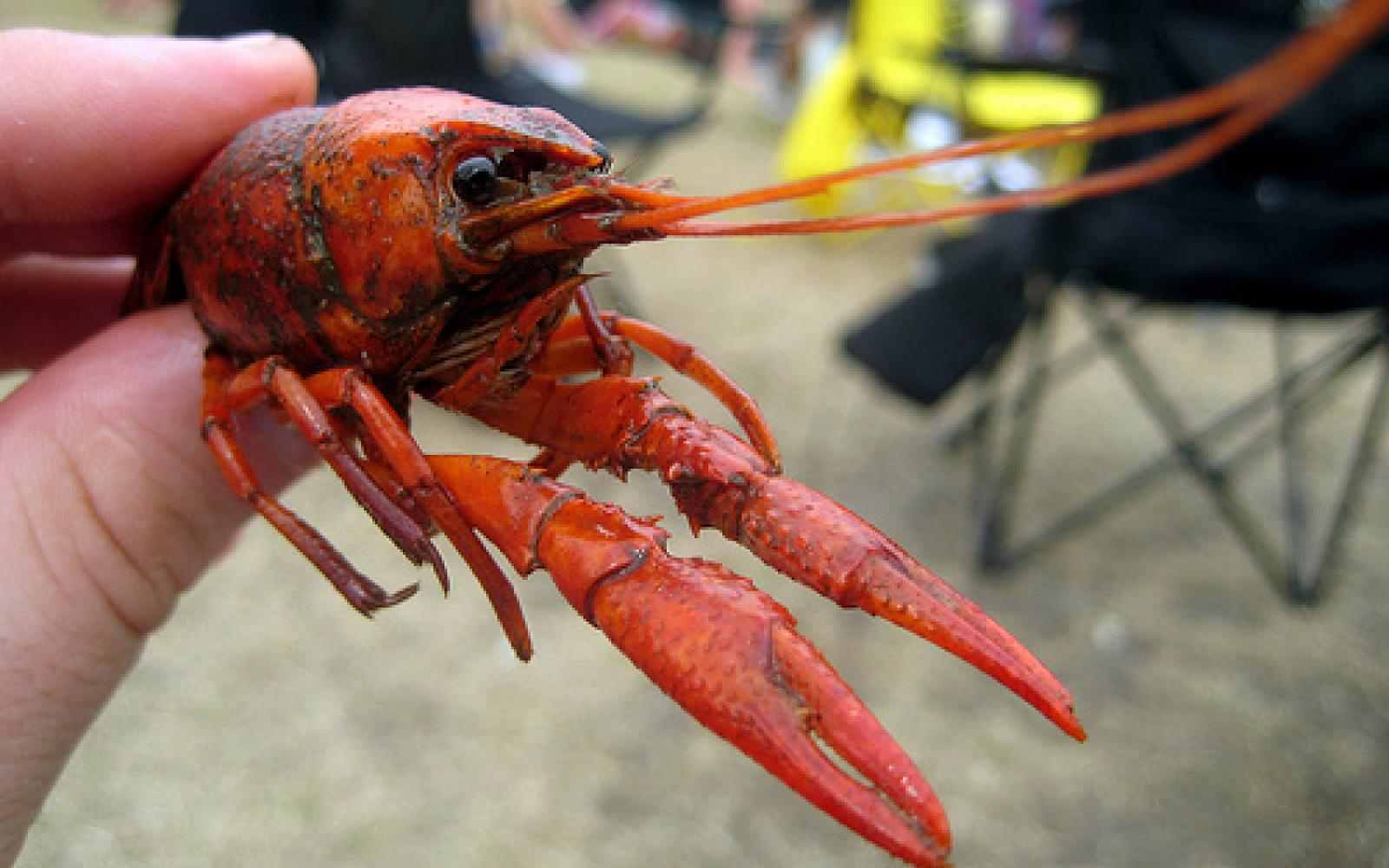 You could smell the spicy Creole stew from six blocks in every direction.  When we got to the corner where there was a makeshift cardboard sign touting "FREE crawfish boil" and a line of hungry New Orleaneans, the Crescent City had taken me into its arms.

I savored the crawfish boil and the boisterous community crowded around the hazy steam and it’s a good thing I did.  Crawfish might never be the same, not to mention the entire national market for shellfish.  Louisiana's $2.5-billion commercial fishing industry, which provides much of the country's shrimp, oysters (and of course, crawfish), is bracing for a virtual shutdown.  Fishermen are convening in Boothville, Louisiana to register to be a part of the massive oil spill cleanup effort.  Altruism?  Partly.  Also, they’re out of jobs.  There are hundreds of articles screaming about impact this disaster will have on everything from penguins to politics.  (I recommend the Discovery Channels Oil Spill in the Gulf of Mexico 2010: Wide Angle) but I also encourage us all to dig for something that will pull through the contamination.  What can we do besides lapsing into total despair when facing overwhelming environmental disasters?

Hundreds of thousands felt hopeless after Katrina in 2005, and conversations again are rightfully articulated with despair.  But everyone I met in New Orleans smiled, and their sentiment was deeply genuine.  There is a strength there whose power can’t be underestimated.

Friedrich Nietzsche said “Again out of destruction, a new spirit of creativity arises."

Michael Dingler, along with a collective of pragmatic artists, is activating the community to restore hope and restore New Orleans.  In a unique and beautiful city that has historically embraced the spirit of individual freedom, and supported the growth of the artist, musician and writer, NOLA Rising is showcasing that spirit.  We stayed with Michael, who founded NOLA Rising, at his home in the Lower Garden District and I can honestly say, I’m inspired.  One of the simplest innovations I’ve ever heard about was Michael’s idea to paint basic but lovely handmade road signs for the Lower 9th Ward, where relief organizations and families could not locate their old streets after Katrina.

Don’t get me wrong, Brad Pitt’s (literally) groundbreaking homes in that neighborhood are a step forward where few feet have trodden besides tourists and filmmakers, but it sounds like families from the Lower 9th don’t always appreciate that ultra-modern, alien-esque architecture. I value Michael Dingler’s sensitivity to what New Orleaneans love, and from my naive perspective, it matters that the place has such a rich cultural history. When we’re thinking about intervention, restoration, progress & growth - in this disaster and in others - let’s cultivate cultural conscientiousness. (Say THAT ten times, fast!)

Then a logical next question is, “…but how do you measure creativity?”  “Good question”, I say.  Let’s ask Ashoka, specifically Karabi Acharya, who recently published the impact study Ashoka Fellows Changing Systems. The study broadens the conventional definitions of “system”, producing a set of data that is both concrete and revelatory.  This study, featuring case studies, responsibly measures how Ashoka Fellows are changing systems ranging from empathetic ethics to public policy - be sure to take a look. “Dear Nietzsche, we will foster a new spirit of creativity and measure it too.  Sincerely, Abby Chroman”.