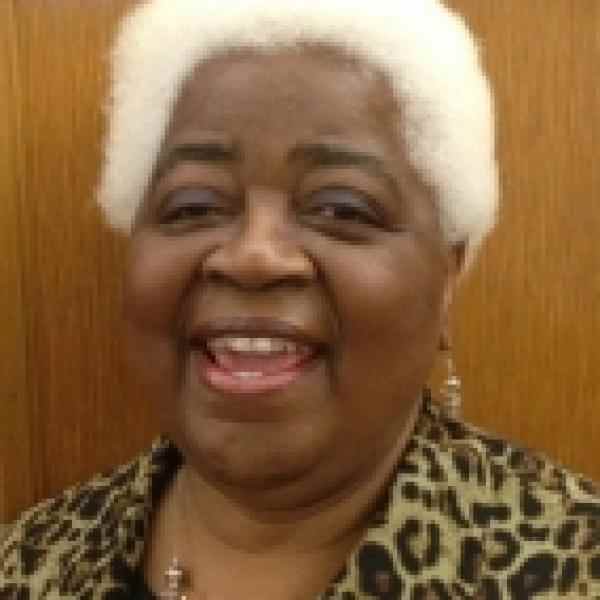 In 2006, Lillian Masebenza launched Mhani Gingi Social Entrepreneurial Networks, which adapts traditional community structures to create a trusted platform for income-generation for women and youth in South Africa. She provides business training, skills-development, and mentorship to groups that previously focused exclusively on saving for special occasions, fostering a new sense of entrepreneurship among the country’s most disadvantaged communities.

Lillian incorporates income generation and enterprise development into traditional village collective models, called stokvels, capitalizing on their inherent popularity among disadvantaged women and youth in South Africa. First formed by black South Africans—mostly women—in response to financial restrictions upheld during apartheid, the stokvels have historically been used only as a way to motivate each other to save for particular short-term needs, such as weddings, funerals, and holidays. Lillian has transformed these widely accepted savings collectives into an effective integrated comprehensive business model—which she registered with the Companies and Intellectual Property Registration Office (CIPRO)—using the existing networks to support them through business trainings and skills development courses and to link them to relevant networks and funding opportunities. By using indigenous models as a basis for business development, based on the principle of moving from known to unknown Lillian avoids the lack of engagement based on fear of failure factor and community acceptance often associated with new approaches to stimulating microenterprise. Individuals who belong to a registered stokvel or any other legal entity of at least ten people pay a yearly non-refundable registration fee to belong to Lillian’s Mhani Gingi Social Entrepreneurial Network. To fund initial capital investments and administration costs, each member contributes R200, which in turn forms part of the working capital to run the network. Thanks to its large number of participants and the variety of backgrounds and business activities involved, the Mhani Gingi network has proven to be a powerful tool for opening previously underutilized or altogether new income-generating opportunities. Once properly leveraged, moreover, the stokvels—as the only such method of saving approved by the South African Treasury—have the potential to fuel entrepreneurial activity across the country.

Unemployment figures are very high fueling poverty amongst the poor and marginalized. Throughout the apartheid period, financial institutions refused to grant black South Africans the same loans and capital access they afforded whites, which effectively discouraged entrepreneurship and small enterprise development. Education and skills development was also lacking. The democratic government’s subsequent attempts at redress—primarily in the form of affirmative action and hiring quotas—have failed to address the fundamental problem created by this system: a lack of skills and capacity amongst the country’s most disenfranchised. While the government has indeed attempted to better prepare the workforce, through programs like the Skills Education Training Authorities (SETA), these efforts have focused only on basic skills training. Ignored have been the concepts essential for entrepreneurship: How to develop business networks, access new and traditional markets, and how to understand and take full advantage of government interventions. As a result, even the government’s well-funded black empowerment schemes have remained accessible only to the privileged few. This section of the market is however expected to start businesses so as to address the unemployment problem, but they are not skilled to adequately run their businesses to be sustainable and profitable.

This situation has been particularly harmful for women. Already subject to societal prejudice and male-dominated family structures, most women lack the personal training and contacts they need to generate their own income. According to the Black Business Women’s Association, women make up 54 percent of South Africa’s population, yet own only 2 percent of its capital. Improved access to capital is particularly essential in light of South Africa’s growing number of child-headed households resulting from the HIV/AIDS pandemic. Lacking any form of collateral, these children have virtually no means of accessing capital for entrepreneurial activities. As a result, they must rely on basic income grants provided by the government, leading to long-term dependency and continued economic insecurity.

Meanwhile, little attention has been paid to the fact that, in response to the lack of savings options available during apartheid, communities had developed their own mechanisms for setting money aside, enabling them to support each other in times of need. Still in place today, these “stokvels” typically make up an influential network of members of the community, yet they lack the ability to promote investments or provide interest on savings. The Mhani Gingi Model is about what? can be done and how? rather than waiting for something or someone to “save” the situation.

Lillian established a network initially comprised of 300 members in the provinces of the Western Cape, Gauteng, Mpumalanga, and Limpopo. Her training program targets five main areas: Basic business skills, marketing and communication, human resources and office administration, advanced business development, and leadership skills including issues of nutrition and healthy eating, seeing that these people are self-employed and cannot afford to be sick and not work. Lillian supplements these training courses with a mentorship program while involving some of her network-associates to provide relevant technical skills to these groups, which provides both support and further business development to each member of the stokvel. The mentorship program is specifically designed to address the needs of the community’s most vulnerable groups: Vulnerable children are introduced to relevant networks who offer life-skills and other relevant support where possible, as well as placed with explicitly providing both economic guidance and social support.

The program hinges on accessing the power of the collective, be it skills, financial or knowledge and experience, through networking and tailor-made skills training, designed specifically for each particular local context. And thanks to the stokvels’ inherent legitimacy and collective power, members have gained access to business deals that are beyond the reach of individual, disadvantaged entrepreneurs.

The Mhani Gingi’s successes include the Londolozani, a group consisting mostly of women who have mobilized to plant and sell indigenous orchids at the Cape Town International Orchid festival and other plant shows and exhibitions. Londolozani is started by a group of ordinary women who came from townships in the Cape Town areas, South Africa, Through skills training on indigenous plants, they now have ability to take these skills further to use in improving their livelihoods and of their families and community. They have been producing orchids for the collecting market in Cape Town, enjoying for the first time the fruits of their own labor. Anelisa Textile Designing, another business launched through a stokvel, has acquired US$10,000 in sponsorship to purchase new sewing machines, with which they design and produce traditional dresses. Lillian helped the group to connect with buyers at the Vineyard, a prestigious hotel in Cape Town, who now provide a market for their goods. And Sikhona, a stokvel involved in construction, fencing and cleaning, was due to recently sign a deal to work on the construction site of twelve apartments, beginning in August 2008. This development was postponed. However the group got an opportunity to stage a successful cultural catering a group of Entrepreneurial visiting students from University of Northeastern in July 2008. This event was another example of the Mhani Gingi’s Cross Selling—the vulnerable children from the Priceless Honor entertained the guests with their traditional dancing gabbed in traditional attire, while Yizo-Yizo Tour group provided transport.

As these successes reveal, the stokvels—once merely an indigenous tool for saving—now operate as viable business units. Moreover, by creatively using existing community structures, Lillian ensures that the resulting sustainable small businesses already have the community buy-in and support needed for long-term success. This trust is furthermore reinforced by the stokvels’ countrywide use, enabling members of different units to freely conduct business with one another, as well as with the many other individuals and businesses familiar with the concept. The first such initiative of its kind, the Mhani Gingi has already been well-received throughout four states in South Africa, both in rural and urban settings. Lillian is currently collecting the best practices emerging from this pilot phase, and ultimately plans to spread the concept throughout the country.

In view of food shortage, Lillian is working tirelessly to attract funding for Greenhouse farming for ten women at a time, an extension of the Mhani Gingi model which has the potential to mushroom. The opportunity exists for these women to be trained on how to use these techniques which will allow them to produce food for sophisticated markets including exports 365 days of the year!

Growing up as a black South African during apartheid, Lillian recognized from a young age that economic freedom was a cornerstone of political freedom. She went on to manage the community development department of one of the largest companies in South Africa, and it was in part her own experience that led her to recognize that change depended on disadvantaged individuals’ ability to self-identify as entrepreneurs, rather than as mere consumers and laborers. Aware that her education and employment opportunities were the exception, not the rule, she thus grew determined to provide others with the essential tools they needed to take ownership over their own livelihoods, including access to networks and relevant knowledge.

Having always held a deep respect for the region’s traditional systems, Lillian realized over time that the collective savings scheme, thanks to the respect and trust afforded it could be an effective foundation through which to create new opportunities for income generation. Based on her unique combination of skills, education, and life experiences, Lillian ultimately chose to take early retirement in order to devote herself full-time to the pursuit of her mission, ploughing back to the communities by sharing her academic training of marketing, communication and financial management as well as the experience of over the years and the good networks that she has been in touch with over the years.

In these two years since she launched Mhani Gingi Social Entrepreneurial Networks, her work has appeared in the number of TV programs, magazines, newspapers and radio shows.