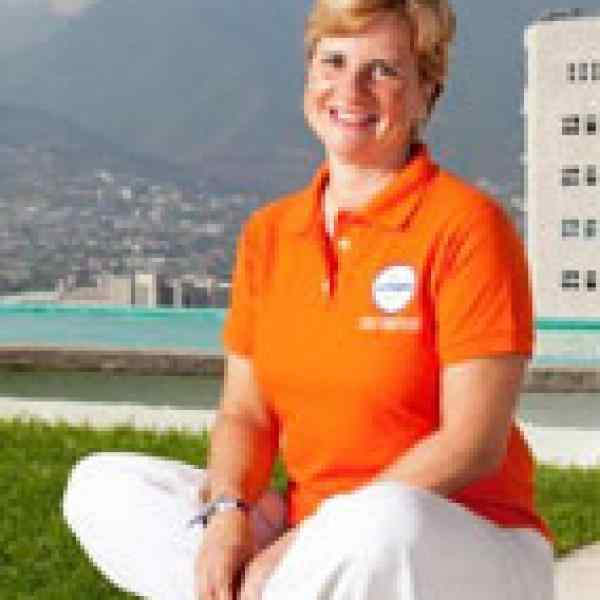 Estela uses traditional leisure and play environments to help impressionable young people become more connected with lifestyles different from their own. Nondisabled youth learn to accept and integrate their disabled counterparts into the mainstream world, while disabled children benefit from a more engaging and inclusive environment. Although great technological strides in recent years have accommodated handicapped use of public spaces, Estela believes that disabled people can only achieve complete social integration through an active interface and physical exchange with nondisabled people. By teaching children how to interact so that people with special needs can fully take advantage of existing public structures, Estela helps kids socialize more effectively, thus removing the stigma of disability. What began in 1987 as a summer camp to bring together disabled and nondisabled youth has evolved into a multifaceted education and recreation program that encourages youngsters to learn about each other in a cooperative, fun, and natural way. Through these developed relationships, Estela prepares Mexico's youth for more participatory, active, and inclusive lives.

According to World Health Organization statistics, approximately nine million of Mexico's 100 million citizens suffer from a disability, either physical or mental. Multiplied by the four people who (on average) make up the disabled person's immediate family, approximately 36 million Mexicans live with disability on a daily basis. Tens of millions–more, be they teachers or shopkeepers or kids playing in the street–are also directly affected by disability.

In Mexico, and Latin America in general, disability is considered a strictly biological problem to be dealt with by the handicapped individual. Treatment of disability involves rehabilitation–which promotes the idea of correcting a physical shortcoming or adapting the normal world to suit an incidentally abnormal body. The wrong-headed taboo–that disabilities are some sort of curse or punishment handed down by God–still prevails in many places. The systemization of handicap treatment has not addressed the social ramifications of stigma and isolation, breeding stereotypes, anxiety, and greater exclusion. Despite the growing number of access ramps and other handicap accessible equipment, social advances relating to disabilities have been essentially nonexistent. Disabled and nondisabled people rarely have the opportunity to interact in relaxed, social settings. This separation begins early in life, as disabled youths are often removed from the mainstream with aims to better serve their needs. In turn, neither population benefits from the other's company and segregation continues into adulthood. The result is that disabled people–both children and adults–continually face ostracism by society while nondisabled people feel uncomfortable around their disabled peers.

Eager to break down stereotypes before they become too firmly entrenched in young minds, Estela works directly with children to transform the way society deals with disability. At the heart of her efforts is a series of recreational spaces and activities that she has created over the years to provide nondisabled kids with an opportunity to interact with and learn from their disabled peers. Recruited from schools, churches, and community clubs, the nondisabled participants volunteer in and lead activities like summer camps, nights on the town, games in the park, and other fun and interactive ways to build ongoing friendships with disabled youngsters. While the youth camps provide a time for intensive interaction, the year-round groups and weekly activities keep the experience alive and purposeful.

Estela founded Unidos lo Lograremos, or United We Will Achieve, in her native Monterrey in 1987. Unidos now has a full-time staff of 14 and a budget supported largely by local businesses and individuals. With an average of 300 disabled youth and 400 youth volunteers participating in Unidos activities each year, the organization has reached thousands of youngsters and their families, not to mention the tens of thousands of others who learn by their example.

The underlying philosophy for the program builds on Estella's primary mission and the power of human connection. The activities are designed to involve long-term, intensive engagement so they allow deep penetration into children's minds and hearts. They should not be seen as charity events or a one-time play date. They are crafted to bring the disabled into normal community life not only to provide opportunity for those individuals, but also to introduce regular and frequent interactions as a part of the community's everyday life. Volunteers serve as the vital link to keeping these exchanges alive. Unidos organizes its volunteers to handle various levels of difficult issues, as no form of disability disqualifies someone from participating. By intensely recruiting a broad base of volunteers, Unidos can effectively grow to accommodate as many disabled people as want to be included.

Because the Unidos model has proven itself an effective and unprecedented approach to confronting the social challenges of disability, Estela has begun to take the model beyond Monterrey. She worked for four years with a group in Guadalajara to set up a replica of the Monterrey organization. While the Guadalajara group has achieved sustainability and operates autonomously–no longer under the Unidos name or direct supervision–it continues to effectively promote integration in this large metropolitan area and clear the way for future projects.

Another important forum for spreading the Unidos method is the Telethon Rehabilitation Center in Mexico City. As one of Mexico's most successful foundations, the Telethon offers ample financial resources and infrastructure. In 1999 the Telethon invited Estela to spend one year training its staff to set up a youth volunteer program similar to that of Unidos. Today, the Telethon Center involves approximately 300 pairs of disabled and nondisabled youth annually in various recreational and educational activities. Telethon has established similar centers in Guadalajara and Oaxaca.

With the lessons learned from these first experiences now fully institutionalized, Estela is focusing her energies on systematizing the Unidos model and spreading throughout Mexico and Central America. The philosophy underlying the Unidos model is so important to Estela that she and her colleagues are developing a set of 30 distinct manuals on issues related to handicap and social integration, as well as audiovisual and graphic material that will enable other private and public institutions to implement the Unidos model. Key alliances including universities, religious organizations, and government entities like the national DIF system and the national Disabilities Commission will help facilitate the spread. At the same time, the pilot Unidos will continue to grow and serve as an incubator for new ideas and activities.

From a very early age, Estela was forced to confront society's perception of disabilities as her two older brothers lived with disabilities and attended a school different than from their siblings' schools. She remembers that childhood friends were afraid to come over to her house for fear of coming into contact with her handicapped brothers. She started to wonder which was more difficult to overcome–the disability itself or the way that families and society acted toward the disability.

With that question in mind and against her parents' wishes, Estela decided to study Special Education at the University of Monterrey. During her college years, she learned all about different educational techniques for working with the disabled, studied varying levels of successful initiatives from around the world, and continued to ask herself what she could do to make living with disability less of a burden to the disabled, their families, and society as a whole.

In 1987, fresh out of college, Estela and a friend decided to start a small summer camp for disabled and nondisabled teenagers. The camp was a huge success and marked the beginning of Unidos. Estela led the organization from its inception until 2000, when she stepped back from her management role to work on the broad dissemination of the Unidos model throughout Mexico and Central America. In 1995, Estela authored the book That Smile about her personal experiences with handicapped children and her work at Unidos. While she is confident that she will always remain involved in some way with the disabled, Estela is keeping her horizons open and envisions applying her integration methods to other marginalized populations, including children with cancer and the elderly.

Unidos A.C. aims to guide an awareness of new markets such as businesses and schools. To expand on the model by working with businesses with a national presence and to train them on this model and apply it in community centers throughout the country. To pass on this knowledge and model by use of a technological platform and online course.