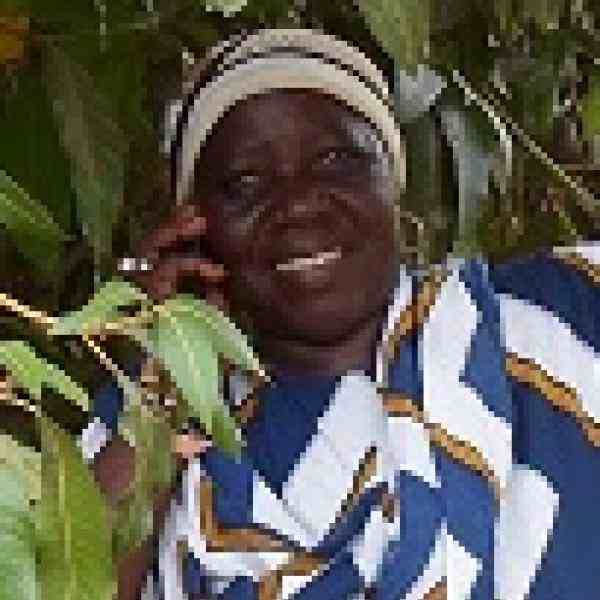 Wolimata is breaking the practice and assumption that preserving the environment is something for outside government agencies to worry about, and instead, bringing in local communities to take the lead. She started with her very own Popenguine community by targeting women, among whom she found a greater propensity for considering and planning for the future. She organized them into a volunteer organization and signed a Memorandum of Understanding between them and the Ministry of Environment—the very first of its kind in the country. With technical training provided by the government, and the women’s group serving as the first converts, Wolimata set out to demonstrate that taking care of the full spectrum of the environment—from the trees to the water to the animals—can have direct benefits for broader, more visible community needs, like income, health and education. In this way, Wolimata has won over the rest of the community, who now also participate in restoring the environment, and perhaps more importantly, in the process, a more holistic relationship with the natural habitat—not separated from the rest of life and general well being—is embedded within the community, including, very crucially, within a younger generation.

Popenguine, like much of the Sahel, finds itself quite vulnerable to natural environmental degradation due to the side effects of poor and erratic rainfall. Rather than work to combat this degradation, however, local human activity in the region has often accelerated it through activities like overgrazing, deforestation, and the unsustainable harvesting of plants for food and medicine. A common response to this problem from government has been roping off natural reserves in an attempt to protect the region’s biodiversity as a buffer to the natural degradation. However, an inability to get the buy-in of local communities living in the areas in which these reserves are located has often led to confrontational relationships in which community members disregard what they perceive to be newly imposed rules on their land. And more often than not, they continue with habits that they do not necessarily realize are environmentally destructive and a threat to their own well being in the long run, but instead, see as a legitimate continuation of life as they know it.

In 1989, Wolimata called together the women of her village to discuss the realities of the degrading environment in Popenguine and the effects—even if not yet obvious—this degradation was having on the current generation, and would have on the next generation. The women were moved by the education on soil impoverishment that they now realized resulted from erosion that was being intensified from the cutting of trees that could otherwise combat the erosion. They also connected the erosion with the washing away of habitats for animals; and connected the current practice of unsustainable harvesting of plants and trees to the disappearing of various plants and animal species in the area. A reserve had been established by the government, but it was clear that it was collapsing from the lack of community buy-in and soon there would be nothing left to preserve. So at the end of the meeting, 150 women formalized their commitment to change this tide by creating the Popenguine Women’s Group for the Protection of Nature (RFPPN).

The women of RFPPN partnered with the Department of Parks Services to receive training on the creation of tree nurseries, reforestation techniques, methods of reintroducing animals, and tools to use in the fight against erosion control and the management of marine protected areas. However, Wolimata quickly realized that they had to think broader in order to get the buy in from the rest of the community, who were currently calling her group “monkey women” for doing work in the forest, and from the men, in particular, who, at times even forbade their wives to join the RFPPN activities because they said the place of the women was at home, not foolishly volunteering to do the work that government officials were getting paid to do.

So in order to connect the environment to a larger set of community development goals that would be more easily accepted and supported, Wolimata divided the women of RFPPN into eight committees that would focus on issues such as education, sanitation, and health in addition to tree planting and erosion control. Her goal was to find a way to generate income from the environmental activities that would then feed into the more accepted community goals, and thus, gain acceptance for the environmental efforts. She channeled profits from the tree nurseries into improving primary schools, including the purchases of chairs for classrooms and helping in paying the school’s monthly water bill, for example. She also convinced the Parks Reserve to use the profits from the fees charged to tourists that enter the Reserve toward creating a community water pump, thus, further incentivizing the broader community to join RFPPN in regenerating the forest. Wolimata also realized the potential for starting a guesthouse for the visitors of the Reserve, who often come to see a rare bird that is found in (and until recently, was disappearing from) the Reserve, as well as for the regular flow of study abroad students and upper income Senegalese people who frequent the sleepy beach town for holiday. With financing provided by the government and several international organizations, Wolimata was able to not only build the guesthouse, but to employ the men of Popenguine as construction workers in the process. And now the profits from the Guesthouse’s dormitory and restaurant pay salaries for the women who work there as well as help support the work of the 8 committees that are focused on community issues as varied as the creation of cereals banks to help farmers from selling to outsiders when the price is low to the provision of micro-lending to help launch small enterprises such as the selling of crafts to tourists.

This initial strategy of connecting the caring for the environment to other more visible and accepted community goals has given the environment a new importance in Popenguine. The community participates in annual tree planting (which sees over 10,000 trees planted each year), the annual creation of a firebreak in the Reserve, and the cleaning up and creation of trails in the park. It has made parents and teachers receptive to infusing conversations and activities on the environment into the curricula of schools. Indeed, over 800 children participated in activities that fight forest fires this year. It has also made the community generally more receptive to sensitization attempts which focus on asking them to consider adjusting previous habits. Wolimata follows up on this by building in schemes that directly address the very real reasons community members were entering the forests. She set up shops where RFPPN sells charcoal and butane gas, and created an appropriate finance scheme, in order to discourage rampant deforestation, for example. She also combined this with the creation of a firewood bank where members of RFPPN would share lessons on how to position stoves in such a way that the wind does not quickly consume the wood.

Finally feeling like she had all of the pieces in place to share her strategy with others, Wolimata first began with the other seven villages that surround the Nature Reserve. By 2002, she had replicated the Popenguine model—including the 8 committees—in the seven villages that also surround the Reserve. The women of RFPPN were instrumental in this process as they served as the trainers for the newly formed women’s group. Today, the presidents of each of the seven women’s groups that were created have become elected representatives in their villages, and members of rural council—the first time women have held these positions. They are called on not only to discuss environmental issues, but general community issues, including conflict resolutions.

By 2008, Wolimata had partnered with the Parks Reserve to train over 100 villages from the north to the south of Senegal, each time leaving behind a contingent of women whose job it would be to train the surrounding villages. With the Parks Reserve helping as her bullhorn, Wolimata has received such acclaim in Senegal that the former President said, “with five women like Wolimata, Senegal will develop herself.” Wolimata plans to use her visibility to now branch out to the other countries of the Sahel. She has one pilot running in Benin, and is in the early stages of work in Burkina Faso, Niger, Guinea, Liberia, working with every possible ally, from women’s groups to hunters (who are invested in preserving the environment in order to keep a steady supply of prey).

Wolimata grew up in a family in which her father and all the men were fishermen, who shared with her the importance of preserving natural resources. Traditionally, the Lebou people, to which Wolimata belongs, holds a steadfast belief that the environment does not belong to the present generation, but it indeed, they have borrowed it from their grandchildren. While it is this way of thinking that Wolimata hopes to impart on all people, she realized that she would first have to start with a much more practical plan in which the environment is connected to income generating schemes. It is from this reasoning that she launched her initiative and has stayed steadfast even when her husband would subject her to punishments, including having to pound four 50 kilo sacks of millets until her hands bled, for working in the forests. Many years later, her husband would apologize and thank her for her work in the community. While Wolimata appreciated the apology, she said she would not stop until every man, woman, and child had finally internalized the importance of the environment the way her husband finally had.