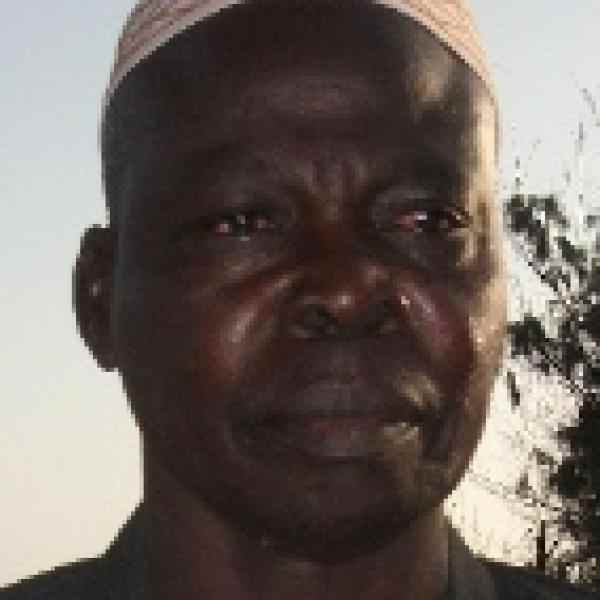 Sibiri Salfo Ouedraogo encourages the emergence of a class of farmers who are open to change and ready to meet the issues they face. Salfo proposes examining rural activities in order to identify the challenges and uses the elders’ knowledge to find adaptable solutions.

Salfo introduced semi-intensive animal husbandry to a traditional community of farmers and involved women in the activities. He proved that economic activities can be carried out by everyone regardless of ethnic group and sex. Endowed with strong managerial and organizational skills, these new animal breeders improved their situation by accessing the national and international markets.

Burkina Faso, like many Sahel countries, is one the poorest in the world, with 46.4 percent of its population living under poverty line. Despite a more integrated global economy and local economic growth potential, most rural people live in absolute poverty. A cycle of poverty persists from generation to generation without tangible improvement to adapt to the issues of climate change, land erosion, or food security. Thus, farmers and animal breeders become vulnerable and unable to control the national and international market.

Animal husbandry is one of the major economic activities the rural poor depend on as source of diet and income. It also stands as the main insurance against the risks for millions whose subsistence relies on pluvial agriculture. However, it is important to single out transhuman husbandry—practiced at the mercy of pastures and water points, and often causing conflict between ploughmen and animal breeders due to crops damaged by herds—from sedentary semi-intensive husbandry for meat production. The latter is often practiced by non-animal breeders such as ploughmen, butchers, and consumers.

Beyond the demographic development, this husbandry does not exceed 50 heads per herd does not meet the demand. The traditional intensive methods are not enough to cover meat-based needs. With an annual growth at 4 percent, the demand in meat-based products in Sahel and West Africa is expected to increase more than 250 percent by 2025.

The states and rural areas support organizations proposed solutions for husbandry to be a driving force in making the West African market dynamic in terms of agricultural and food products by strengthening food and diet security on one hand, and poverty reduction on the other. Many offer training on capacity building and best production techniques. However, some believe this has created a dependence on foreign aid and imported knowledge. As national authorities became more aware of this, they developed mechanisms for people to take charge of their development by using the resources available.

Rural populations have also developed individual and community initiatives for production processing to improve their living conditions. They gather in associations or unions for an easier exchange of knowledge and assets. Indeed, they often find it difficult to meet commercial standards at the local, regional, or international scale.

According to Salfo, it was important to gather animal breeder organizations from Zitenga province in a strong and dynamic union which gives them the power to influence and impact their sector. Most organizations dominated by plowmen, who would favor their sector in negotiation and sharing advantages. To give his organization visibility and legitimacy, Salfo invited the Prefect and the administrative officials in charge of husbandry, agriculture, and forestry. In view of the sectors challenges, which led many farmers to abandon their land, it was important to have officials likely to provide support for well-functioning activities.

Salfo organized a special session between the union and husbandry officials to discuss the sectors realities and get his advice. Each union member’s role and responsibilities are set. Together, they identified five challenges: (i) diseases of poultry (ii) cattle’s mortality (iii) cows market (iv) modernization of apiculture and, (v) plastic bags which cause the death of animals. According to the skills, a ten member action research group exams each challenge. The elders’ practices are reviewed, and the best are chosen and improved with new techniques. Salfo coordinates and summarizes the evidence of product effectiveness and non-toxicity. For example, concerning poultry diseases, they showed how treatment with modern medicine has some side effects on viscera with a hard core, whereas their potion treatment had no side effects. The results were made known within the union and beyond. To ensure sustainability of their raw materials consistent with pharmacopeia, Salfo set up botanic gardens for the prevention and treatment of animals in three sites in the province. For a continuous flow of innovation, Salfo made the union become member of Diobass, a national platform of exchange and action-research.

Salfo invited the members of his association to an individual audit and an analysis of their activities. The results revealed that those who claimed to be successful, worked at a loss of CFA 300. It became crucial to change the unprofitable activities or improve them. He proposed cow fattening. Due to training, animal breeders learned management, marketing, product purchase, and sales skills. To maximize profits, many innovations were introduced to fattening techniques. Salfo shortened the fattening length to three months and brought innovations in silage by laying out straw mixed with salt and a barrel of water, thus making the hay keep its freshness for three months.

This dynamism earned them credibility with officials and national and international organizations. The financial supports they receive are shared among groups according to precise criteria: participation in meetings and self-financing capacity. Culturally, women did not work in fattening husbandry, Salfo intended to change that. He found a financial partner and entrusted 11 women with a hayloft and five cows. Their success urged men to let their wives become union members. The female groups affiliated to the union grew from 2 to 9. Women who limited themselves to breeding 3 to 5 sheep now sell them to buy cows. The union received significant financing that was equally shared between 15 women and 15 men. The UN Food and Agriculture Organization contacted Salfo to expand his silage technique throughout the whole country, but he trusted the job to 6 union women.

Salfo is invited on TV and radio to answer the public’s questions related to fattening techniques, the framework of their organization, and how financing is managed. Thus, the media has become a partner for the promotion and marketing of the union. There, potential purchasers go to the headquarters, see the work quality and engage in win-win discussions. The National Association of Animal Breeders of Burkina Faso has a contract with Cote d’Ivoire to deliver 100 cows per day for six months. The Ministries of Trade and Railways Transportation have also been involved to set up appropriate collection sites in the county’s major husbandry areas.

Salfo has become a trainer of Diobass on purchase and husbandry techniques and animal health. He is consulted by the associations of farmers in Burkina Faso and those from Ghana, Senegal, Togo, and Mali. Salfo is dedicated to settling conflicts between animal breeders and farmers and received a certificate of encouragement prevention. His ambition is to present radio programs to encourage a spirit of entrepreneurship among farmers. Salfo has written three books capitalizing the experience, which inspired the ministry designing the husbandry school training modules.

In 2012 the union had 39 organizations with 1,160+ members. It has become a reference and rated number one among 16 countries in terms of achievement by the International Fertilizer Development Center. Salfo wants to extend his experience at the national level and to do so, he has prepared trainers to accompany the new adherents in harmonizing individual capacities, adaptation to climate change, good dissemination of information in the market, and opportunities. He is revising the documents related to the legislation that govern the sub regional market to translate them to the national languages and put them at the disposal of animal breeders to become more informed and competitive.

Salfo is from the conservative Mossi community, which represents 55 percent of Burkina’s population and whose major activity is agriculture. When he was 15 he went to Cote d’Ivoire for a job. As a watchman in the house of a white man who raised poultry and pigs, he noticed the mortality of animals. Salfo suggested his boss mix a little sand in the food cans. That simple remedy had tremendous results and he saw himself practicing animal breeding. When he returned in 1983, he set up 30 mixed groups association. He refused to be the chair and entrusted it to a member who, unlike him, knew how to read and write. But Salfo quickly realized that the headquarters of the association was too far from the majority of members’ villages, which led to weak participation in the meetings. He also realized that the chair wouldn’t make a fair division of opportunities and that no policy was implemented to assist female members. Salfo spoke with the chair but the latter asked him to leave the association. Salfo then created a new union of animal breeder groups that transformed domestic animal breeding into a profitable activity—offering men and women the chance to succeed. Salfo founded the Wendwaoga (God is Great) Union in 2002. Although he was illiterate, the members appointed him chair of the union. He learned to read and write in Moore and urged others to do the same. Salfo was awarded the title of Trainer of Burkina Faso.