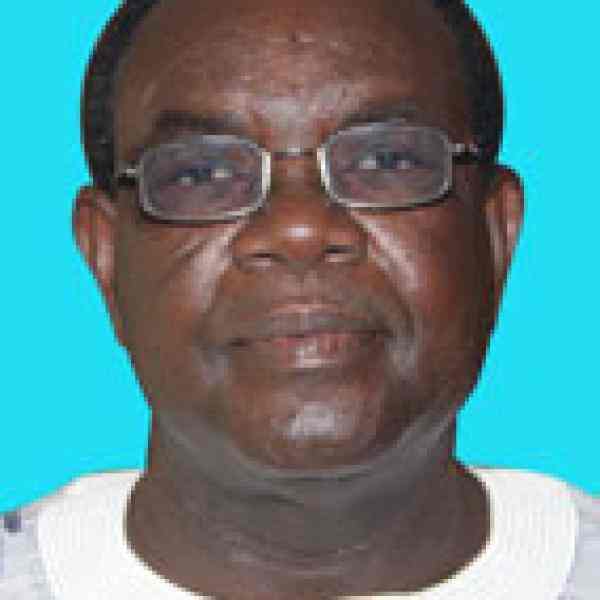 Thirty years ago Paul Taryam Ilboudo found a way to integrate trilingualism into teaching literacy. Instead of denying access to local languages in education, Paul engineered fast paced courses that use local languages as the building blocks for literacy. With increased student self-confidence and evident progress, this literacy could then become the grounds for students to learn new languages and subjects. By integrating local languages into education curriculums, Paul has empowered communities with the capacity to read and write, thus enabling them to excel in social, governmental, and educational systems.

Paul is revolutionizing existing education programs in Burkino Faso by demonstrating that illiterate African children can become literate through following a carefully crafted 48-day curriculum in their mother language. After completing the curriculum, previously illiterate students could solve math problems, read, and write. Before the civil war in the Central African Republic, Paul’s approach also boosted child literacy rates to more than 80 percent in pilot project communities, however, much of his work was forced to stop due to rising local civil conflict.

With the return of relative political stability in the 1990s, Paul resumed crafting accelerated bilingual accelerated literacy programs for local farmers in Burkina Faso. In these programs, a person who had successfully completed the 48-day maternal language literacy program could then achieve basic literacy in French by following a successive, 150-day language training program. Using this process, Paul has introduced an adapted curriculum in schools that promotes balanced levels of high language proficiency in order to create a bridge to increase learning in other languages such as French or Arabic. Based on Paul’s work, the Government of Burkina Faso recently signed a law requiring schools to adopt bilingualism.

Paul has since pioneered this work across Western and Central Africa as well as Madagascar in schools, farming communities, and citizen organizations (COs).

During the French colonial period which lasted more than 60 years, French colonialists worked to delegitimize local languages in their efforts to reinforce French culture. In primary schools, teachers routinely told unrealistic stories about how their forefathers came from the French region then known as Gaul. Instead of using familiar local languages, schools taught in French, creating a challenging environment for students to succeed.

The former French colonies lacked teachers and adequate material to make literacy possible for an ever-growing young population. Using languages that the majority of the population did not understand as the medium of teaching had led to apathy among students, and limited curriculum development among their teachers. Students spent many years mastering the French language in order to begin learning other subjects. Most students could not receive help from their families because their parents did not speak French, and as a result students felt that dropping out of school was a better option.

In the 1980s Paul’s strategy was revolutionary: It identified what people were comfortable with, their local languages, and used this to help them become literate in French. Throughout his pilot projects and innovative curriculums, Paul has achieved wide reaching levels of literacy in the face of historic and emerging challenges.

Paul’s solution is for each community to choose the language of primary instruction which is generally the one local language spoken by most of the people in a geographic area. In Ouagadougou, for example, where 80 percent of the people speak Moree, the population accepted Moree as the local language for the basis of primary level instruction. In Bobo Dioulaso, the majority speaks Dioula, and community members choose to use it as the primary level language of instruction. After years of patient work on bilingualism, Paul’s effort to launch the first truly bilingual West African education system has been transformed into a legal mandate.

Paul sees his next challenge as creating a solution to support primary level Koranic Schools, which leave exiting students with narrow literacy in a language that is not spoken by other members of the local population, and without basic skills in math, science, or other subjects. Paul is beginning to advocate “trilingualism” as a response to this interest in learning Arabic. He proposes that students are trained first in their maternal language, French, and then are given an opportunity to transfer their literacy learning skills to Arabic.

After completing high school, Paul became a primary school teacher but realized through his daily practice that the use of foreign language as a teaching tool was hindering children’s development. He decided to change this by becoming a professional linguist and by using his expertise to lobby for a change in the role that maternal language plays in education. By 1979 he had completed master’s degrees in linguistics and education science. In 1982 as a UNESCO consultant, he launched his first, highly controversial initiative that proved child literacy levels could rapidly and dramatically increase through a 48-day course of studies in a child’s maternal language. The success of that effort gave Paul the leverage he needed to launch national language programs aimed at raising adult literacy. He has received numerous citations and awards, and written several books and articles to guide teachers and students through the acquisition of maternal language literacy and bilingual literacy.