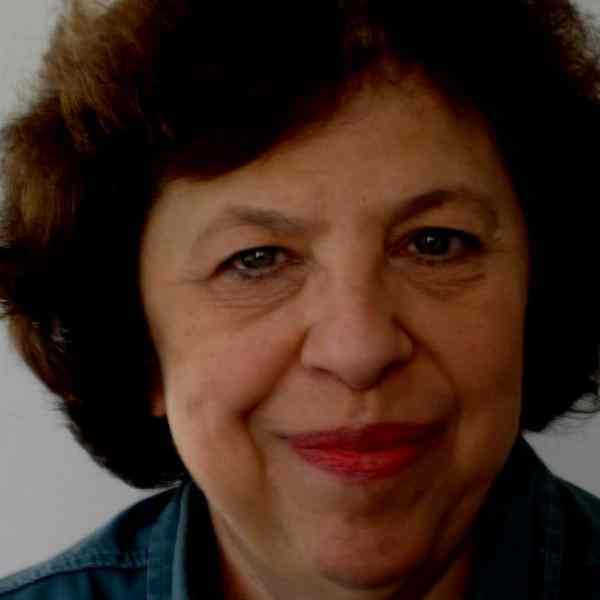 Mary Allegretti has made it her life's work to conitnue the efforts of the late Chico Mendes to fight fo the rights of rubber tappers against those who would destroy the rainforest that serves as their source of income.

Mary Allegretti developed an innovative idea that has so far saved 7 million acres of rain forest. Her idea was the extractive reserve - protected zones for environmentally safe yet productive cultivation of forest products.

Mary is an anthropologist who is organizing the Amazon forest's indigenour users: rubber tappers, but gatherers, and indigenous tribes, into an alliance which will dramatize and fight for Amazon conservation. Mary wants to save large portions of the Amazon in "extractive reserves", areas specifically designated for jungle dwellers whose livelihood comes from tapping latex, gathering fruits and nuts, and small-scale fishing, hunting and farming. Her innovative idea combines populations with conservation in a manner which maintains sustainable use of intact tropical forest.

The organization she built Instituto de Estudos Amazônicos politically empower these groups who have the unique ability to extract valuable commodities from the land without destroying it in the process; it also raises national awareness of the importance of the Amazon forest.

The murder of Chico Mendes by cattle ranchers in late December 1988 brought to worldwide attention not only the plight of the Brazilian rubber tree tappers he had worked to organize, but also the rapid deforestation of the country's rain forest.

Before Mendes and Allegretti brought them to the forefront of the world's consciousness, the 200,000 rubber tappers, known as seringueiros, had been largerly forgotten. They originally came to some of the most isolated areas of the Amazon at the turn of the century, enlisted by the government to become "rubber soldiers." For generations, they continued their poor but peaceful existence as tappers, nut gatherers, and small-scale farmers, living in harmony with the fragile ecology of the rain forest. Their way of life began to unravel in the mid-1970s as the Amazon became the focus of intense development by Brazilian and international developers. Fifty to 100 acres were destroyed every minute thorugh deforestation and exhaustion of the rain forest's thin soil.

The seringueiros faced intimidation and outright violence from landowners, farmers, cattle ranchers, road builders and loggers. Many fled to a life of even greater poverty in Brazil's cities. Others, like Chico Mendes, stayed and fought by organizing the largerly illiterate tappers, setting up schools, cooperatives and health posts.

Mary is championing a new economic and leal framework for much of the Amazon. She proposes that the law reflect the region's basic economic realities: (1) that much of the area can not sustain agriculture because of its poor topsoil and (2) that, even from a strictly economic perspective, multiple use extractive activities (hunting, fishing, tapping rubber, gathering brazil nuts, collecting herbs and other medicines etc.) are the area's most valuable long term use. Given these facts, she proposes that much of the Amazon region be given over to multiple use "extractive reserves", replacing individual fee ownership with long term leases giving the rubber tappers and other extractivist formal legal rights and defining environmental and other safeguards. Once such a legal chance is made, it will be far easier for the extractors to organize and finance improved methods of production and distribution that are essential if much of this activity is long to remain viable. Such regularization and organizaton will also make the provision of adequate supporting social services far more likely.

She has skillfully built support for the idea both among the Amazon's grassroots constituencies and Brazil's national economic and policy leadership. Her work offers what is probably the best opportunity to create a sustainable future for the Amazon and its peoples. A few months ago Brazil's president and his Agrarian Reform Ministry formally adopted the extractive reserve idea, renouncing the future distribution of individual plots in large areas in favor of the sort of extractivist leases Mary advocates. Today Mary is working in the implementation of her idea: the first three extractive reserves in Acre.

Mary Allegretti became interested in the seringueiros while working on her master's degree in antrophology. She started by developing a new educational approach for this scattered population. Mary decided that she wanted to do something to help these people and also the jungle they inhabit survive into the next century . She has begun acting on a number of frons all with some promising results. As the ares's problems multiplied, she and Mendes joined forces - she the innovating strategist and he also an innovator in practical ways of organizing.