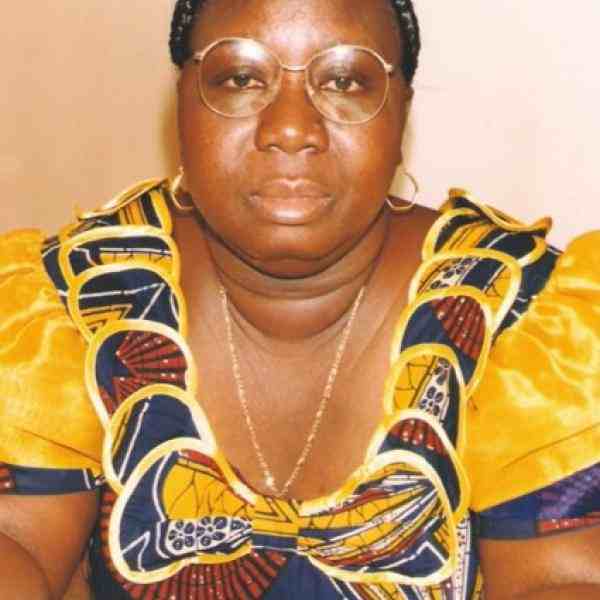 Georgette teaches Burkinabe how to obtain official papers such as identity cards, marriage licenses, and birth certificates and works with local authorities to improve public access to these documents.

Millions of people in Burkina Faso cannot fully exercise their rights and privileges as citizens because they do not possess official personal documents. Georgette Koala and her organization, the Pengdwendé Association, are assisting people, individually and collectively, to obtain identification cards, birth and marriage certificates, and other official documents through targeted education and information campaigns. Georgette's work targets mainly women because female illiteracy is high and women are most at risk of having their rights denied.

Women represent 52 percent of Burkina Faso's ten million people, and very few have identification cards. According to a survey Georgette conducted with state agencies, only 20 percent of births are declared within the two-month limit that allows parents to obtain a birth certificate and, later, an identification card. After the two-month limit, it is necessary to have a court judgment and the procedure tends to get longer and more complex.Several obstacles make it difficult to register births: the distance to state offices, the apathy of the people, illiteracy, lack of information and public awareness, socio-cultural burdens, lack of money, and bureaucratic procedures. Without identification cards, people cannot vote. In addition, they often cannot travel to different regions of Burkina Faso, and their access to credit is limited. Although an individual identity card is not needed to receive credit, without a card, a woman cannot open her own bank account.

In 1996, Georgette and the Pengdwendé Association were conducting income-generating activities with women and needed to visit organizations in other regions of Burkina Faso. More than half of the participants did not possess identity papers, which resulted in their being stopped at police checkpoints, unable to complete the trip. In 1999, Georgette launched her initiative to help people, mainly women, obtain identification cards in three different locations of the country, with initial funding from The Canadian Center for International Studies and Cooperation (CECI) and active collaboration with other organizations. Their target audience was rural women and men of at least eighteen years of age, who had no ID and lacked the financial means and ability to travel to state facilities where they might obtain one.Georgette and her colleagues have trained local facilitators to explain to youth groups, public opinion leaders, and women leaders, among others, the purpose and benefits of her initiative. The local facilitators are recruited from areas where Pengdwendé has or plans to set up income-generation and educational activities for women's groups. At present, the organization has units in forty locations across Burkina Faso and more than twelve thousand members, of which 70 percent are women. In conjunction with other groups, Georgette has also established a umbrella organization for grassroots organization to more effectively identify communities in need and increase the number of trainees at the community level. Georgette uses theater as another means to teach people how to obtain identification. These gatherings are also an opportunity for Georgette and Pengdwendé facilitators to discuss gender related issues, including girl's school enrollment and the benefits of female literacy. The audience and the facilitators all participate, acting out various possible outcomes, such as the problems that women face when traveling, simply because they do not have Ids.For the first time, local authorities in charge of ID production (police officers, state employees, etc.) are changing the way they operate and are demonstrating willingness to go to their constituents, rather than requiring the people to come to them. She is also working with various government departments to convince them to allow women to obtain ID cards without paying the public document tax. As a consequence of the identification campaigns, 75 percent of the overall population in the targeted areas came to the informational meetings, the rate of school attendance and literacy of women and young girls increased, and 80 percent of women who had no documents before the campaign were able to obtain a court birth judgment and an ID. These steps took days, instead of several months, and allowed a 50 percent reduction in cost. Georgette has established a photo lab that will lower the cost of photos needed for documents from about two dollars to forty cents. The lab will also generate revenue to cover some of the project's costs.The women involved in Georgette's campaign are now busy obtaining other useful documents, such as marriage certificates. Georgette has also expanded her program to include exchange trips between groups from different regions, and outreach programs for women's rights and reproductive health. Furthermore, Georgette is in contact with women's organizations in several regions of Burkina Faso and also in Cote d'Ivoire and other countries in the West African sub-region.

Born in 1948, Georgette has devoted most of her life to improving the living conditions of rural women in Burkina Faso. She began working in the state office in charge of birth certificates in the early 1970s, where she observed the problems that lack of identification can create. She has also been active in everything from improving village infrastructures and schools to education campaigns about health and related issues. Since founding Pengdwendé in 1993, she has worked with rural women's groups across Burkina Faso. The association's campaign for identification cards is the culmination of Georgette's efforts towards affirming women's citizenship rights and encouraging active participation in their communities.