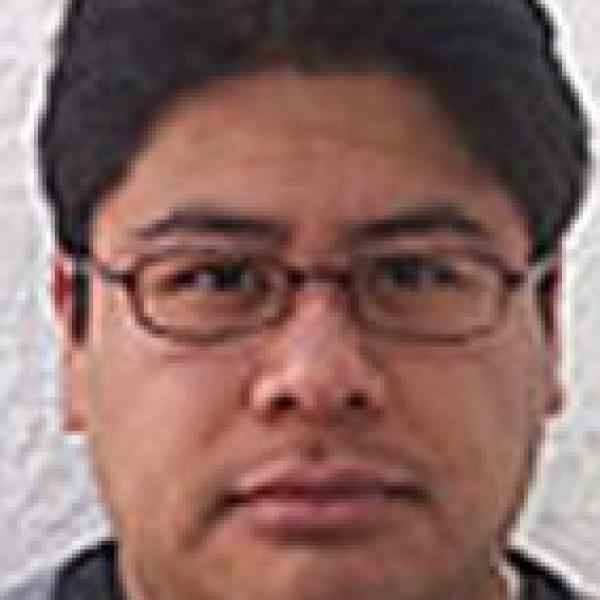 Fabián Sánchez Matus, an experienced human rights lawyer, is launching Mexico’s first strategic litigation movement in human rights. Fabián believes that human rights rulings handed down by domestic courts rather than the international justice system will have the most powerful and direct impact on Mexican society and institutions.

As former Director of the Mexican Commission for the Defense and Promotion of Human Rights (CMDPDH), one of the country’s most prominent human rights groups, Fabián sees tremendous potential in the use of strategic litigation as a vehicle for securing human rights protection in Mexico. Although various Mexican human rights organizations employ lawyers, there are no Mexican organizations that have pursued an integrated strategy of bringing potentially precedent-setting human rights cases through the national court system; seeking recourse in international courts only if necessary. With years of experience and extensive contacts with lawyers and human rights advocates in Mexico and abroad, Fabián is poised to launch the first strategic litigation movement for human rights cases in Mexico.
In addition to leading Centro de Derechos Humanos, A.C. (IDHEAS), Fabián will assist other Mexican human rights organizations develop their litigation strategies, thus creating a nationwide movement. His goal is to achieve a set of Supreme Court precedents—which are more conclusive and powerful than either presidential decrees or federal legislation: To protect human rights in Mexico.

Despite political rhetoric and Mexico’s status as a signatory to various international human rights accords, human rights violations continue to be perpetrated on a broad scale in Mexico. Some violations, such as the “dirty war” that the government waged against dissidents from the 1960s through the 1980s, involve historical cases that have yet to be properly prosecuted. Other cases involve modern-day violations perpetrated by the government, including suppressing popular demonstrations in cities like Oaxaca and dispatching armed forces to deal with public security problems that ought to be resolved by a civilian police force. Many more human rights violations occur within civil society with almost complete impunity; the murders of women in the northern border town of Ciudad Juárez, violence against migrants in the northern and southern border regions, harassment of journalists, and neglect of indigenous populations.

Human rights violations continue to occur under the auspices of a democratic and civilian state for structural reasons. Although Mexico has signed various international human rights accords, the country still lacks the domestic legislation to actually apply international law within the country’s borders. The necessary institutional structures and processes—principally a judicial system that enables citizens to bring human rights cases through the domestic court system, are absent. As a result, human rights violations either remain unprosecuted or must be denounced through the international court system, a process which is not only prohibitively expensive and time-consuming but also lacks the authority and relevance of home-grown judicial precedents.

The Mexican civil sector has also proven inadequately equipped for recent shifts in the country’s human rights scene. Before 2000, Mexican human rights organizations were dedicated primarily to advocacy against presidential administrations uninterested in human rights issues. With the advent of Vicente Fox’s administration in 2000, government officials were very open to strengthening Mexico’s record on human rights and its image; signing treaties and opening dialogue with the Mexican civil sector to construct a human rights agenda. After so many years in the opposition, the civil sector was unprepared for the very different role of negotiation. Although there were positive actions taken during the six years of the Fox administration, they did not result in concrete changes for human rights in Mexico. Strategic litigation, which is the use of legal precedents to effect social change rather than simply to win a case for a client, will be critical to this new phase of consolidating human rights in a country where abuses remain commonplace.

These circumstances have created division between an old guard of human rights leaders skilled at traditional grassroots organizing and those highly trained and experienced in both domestic and international law, with a focus on professionalizing the human rights sector. The structural changes that must take place with respect to human rights must transform not only the government sector but also the civil sector as a new guard assumes leadership of the Mexican human rights movement.

In 2009, Fabián launched IDHEAS, a Mexican citizen organization dedicated to the strategic litigation of human rights cases in Mexico. IDHEAS will draw its expertise from three advisory boards: An international and national board of human rights academics and activists, and a technical board of Mexican human rights experts and lawyers to spearhead pro bono work—as well as an operations team that will work full-time for the organization. Fabián has recruited two partners, Mario Santiago and Alejandro Juárez to lead the operations team with him and several leading human rights experts to join his advisory boards. He is also negotiating grants from various international foundations, foreign governments, and private donors.

The organization’s guiding axis will be strategic human rights litigation of Mexican cases within the Mexican court system. Strategic litigation of this sort exists in a handful of Latin American countries, including Argentina, Chile, and Colombia—all with long histories of human rights violations. However, this approach to defending and protecting human rights has never been taken in Mexico. Currently Mexican citizens and the human rights groups that represent them recur to the judicial system mainly to denounce human rights violations but not to use critical cases to transform the way human rights are exercised, consolidated, and protected in Mexican society. The fundamental premise of Fabián’s vision is that structural change must be generated within Mexico, not imposed by international courts; to achieve the greatest impact on Mexican institutions and practices.

Careful selection of strategic cases is critical to IDHEAS’s success. Fabián’s criteria includes: How well documented each case is; what kind of evidence is available; how well the case exemplifies a particular human rights principle; and what sort of consequences a favorable ruling would have on Mexican society and institutions. Fabián and his team will argue each case in Mexican courts, and if necessary, will appeal adverse rulings to the level of the Supreme Court. If the Supreme Court should fail to rule favorably in a case, Fabián will turn to international courts to continue the legal battle. Cases that have gone through a national court system before reaching international courts are much more developed and more compelling than cases taken straight to the international justice system. Court decisions will create ripple effects beyond the rulings—with reparations for victims, formal public apologies for wrongly accused defendants, and political signals to policymakers and government officials.

Unlike CMDPDH, IDHEAS enables Fabián to pursue strategic litigation with more flexibility and autonomy, but is a logical continuation of his work. As Director of the CMDPDH, Fabián spent years working closely with Mexican government officials as well as international COs and foreign governments on human rights issues. He is a recognized expert within the field and has the support of many prominent Mexican and international colleagues in this new initiative. When at CMDPDH, Fabián argued varied Mexican human rights cases in international courts; this experience revealed the structural problems within the Mexican judicial system. Two exemplary cases Fabián argued in front of the Inter-American Commission on Human Rights and the Inter-American Court of Human Rights includes the case of Brigadier General José Francisco Gallardo, imprisoned by the Mexican military for championing the creation of a military ombudsman, and the case of Alejandro Ortiz, imprisoned for a murder confession extracted under torture. Both men were eventually released after strong international pressure and the intervention of the CMDPDH, and both cases have since brought changes in the Mexican army’s internal policies and Mexico City’s penal code, respectively. Through IDHEAS, Fabián intends to bring similar human rights cases through Mexican courts rather than resort immediately to the international justice system.

Fabián intends to forge alliances with other Mexican COs, both to generate material for potential human rights cases and to train them to carry out their own strategic human rights litigation in the future, thereby, creating a genuine movement. In addition, IDHEAS will work closely with human rights clinics at law schools throughout the country and will train the next generation of human rights litigators. A specific goal of Fabián’s is the establishment of a human rights clinic at the law faculty of Universidad Nacional Autónoma de México (UNAM), Mexico’s leading public university and Fabián’s alma mater. For international support, Fabián has met Mexico’s representative in the European Commission in Brussels to discuss leveraging the Economic Partnership, Political Coordination and Cooperation Agreement signed between Mexico and the European Union in 1997. He is also looking into ways to raise awareness of Mexican human rights issues through a national and international film campaign.

Fabián was born and raised in Mexico City, and as a child and teenager he became accustomed to discipline and hard work as a competitive water polo player. His commitment to water polo eventually gave way to his law studies at UNAM, a career Fabián chose in part because one of his uncles was a lawyer specializing in civil law and trade litigation. At UNAM, Fabián joined a student team participating in a mock trial competition at the Inter-American Court of Human Rights in Costa Rica, which proved to be his introduction to human rights law. He enjoyed the experience so much that he returned the following year as the team’s co-coach, and under his guidance they received first place in the competition. Soon after the mock trial experience, Fabián completed his social service requirement in the Ministry of Foreign Affairs’ office for Mexican cases that were being sent to the Inter-American Commission on Human Rights (another organ within the Organization of American States designed to protect human rights in the hemisphere) in Washington.

Graduating with his law degree, Fabián worked as a lawyer with the CMDPDH. Although he worked on a variety of human rights cases, including rape, torture, and extra-judicial killings cases, he came to specialize in the areas of social, cultural, and economic rights. After four years as a lawyer at the CMDPDH, Fabián was tapped to direct it from 2004 to 2008. As Director, Fabián focused the CMDPDH’s activities on litigation and technical expertise-building; mobilizing the organization after years of inertia. He traveled frequently and became well-acquainted with leading human rights experts around the world, all while building what would become the necessary experience, knowledge, and contacts to launch a new organization dedicated solely to strategic human rights litigation.

Fabián has published two comprehensive articles related to his idea, one regarding the history of Mexican cases brought before the Inter-American Commission on Human Rights and another developing his vision of strategic human rights litigation in Mexico as a tool to put human rights rhetoric into practice. The exhaustive research and analysis dedicated to these publications, along with his eight years of experience at one of the country’s most respected human rights organizations, have equipped him to transform the human rights landscape in Mexico. According to Ashoka Fellow Emilio Álvarez, President of Mexico City’s human rights commission, Fabián is an outstanding member of a new generation of leaders that will bring about the urgent modernization of the human rights movement.