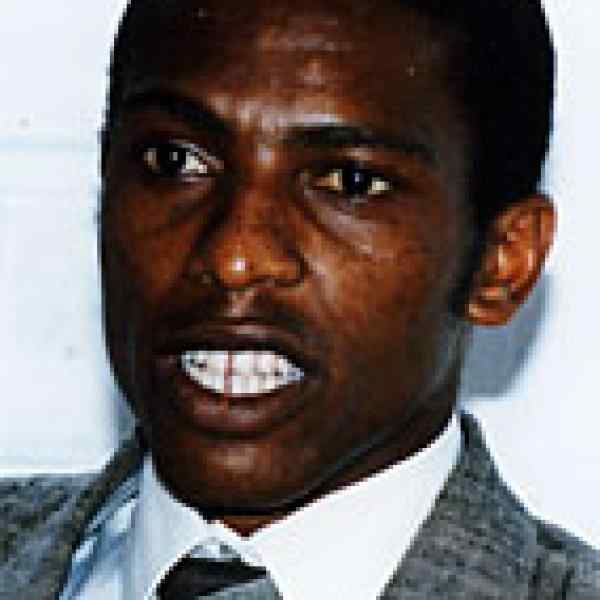 In South Africa, access to ordinary legal services has never been accessible to the black majority. Ashwell Zwane and Bernert Lekalakala are changing that by establishing the country's first full-service legal practice that is based in the historically black townships in which the overwhelming of majority black South Africans continue to live.

After coming to the urban Alexandra Township from the rural Transkei in the 1940s, the young Nelson Mandela obtained a law degree from Wits University and, together with Oliver Tambo, set up in central Johannesburg South Africa's first firm of African lawyers. Half a century later, Ashwell Zwane and Bernert Lekalakala grew up in Alexandra Township in a period of activism and popular resistance to the apartheid system that held "jailed-for-life" Nelson Mandela to be its leader. After periods of detention for their politics, Ash and Ben obtained law degrees from Wits University. Now, like Nelson Mandela before them, Ash and Ben are pioneering the way forward for South Africa's legal profession. They are establishing the country's first township-based full-service legal practice. They are piloting their practice in Alexandra. "Where people do not understand the legal system, or know their rights, it does not make much sense to speak of 'due process' or even 'the rule of law,'" notes Ash, "For this reason our Centre must provide an unusually wide range of services, from popular legal rights education to mediation to more conventional legal advice and litigation services." Their vision is innovative and original in several respects. First, their intention is to render the full range of lawyers' services to ordinary citizens living in the townships. Before this, only services specializing in human rights or paralegal advice were marketed directly in the townships. The service departs from the traditional lawyers' practice by situating itself as a resource for other community organizations, including schools where Ash and Ben organize legal and rights education courses and actively recruit student volunteers to work in the Centre. Finally, Ash and Ben have succeeded in getting their pilot Centre certified for purposes of providing law graduates with their "articles," the final step in the lawyer's qualification. Thus, the Centre offers the means for law graduates to do their articles while providing a service to their communities and thereby enhancing the credibility of the legal profession at a grassroots level.

Under the apartheid regime, the law was used, and was perceived to be used, as an instrument to oppress black people. Access to justice still remains a serious problem for the vast majority of black South Africans who cannot afford the services of lawyers. In Alexandra Township, where the Centre is based, a recent survey showed that 55 percent of employable residents are unemployed and that only five percent of black South Africans appearing before the (lowest level) magistrates' courts have legal representatives. In this context, black South Africans' faith in the justice system was badly eroded. This loss of faith has led to the adoption of alternative methods to resolve legal disputes, including the use of violence, bribes, and, particularly in rural areas, witchcraft. A number of previous responses to the problem have made important gains, but have also fallen short in a number of respects. In the Legal Resources Center, which was founded in the late 1970s, South Africa has one of the world's best public interest law firms. The Legal Resources Center is the only litigation service for the poor that operates on a systematic basis. Like most public interest firms, however, it takes only public interest-related or precedent-setting cases. Thus, the Legal Resources Center is not set up to provide access to the law for the most commonplace needs-average township residents involved in private disputes. The Center works closely with a reasonably extensive national network of community-based paralegal advice offices and a growing network of dispute resolution centers. The advice offices are easily accessible to most township residents, but they are not equipped to take matters to court. While many of the community legal advice offices refer cases to the Center, there is no systematic link between community-level services and the legal profession. Hence, although community-based advice offices are effective for intervening in administrative disputes, they are no substitute for litigation services. The newly emerging community dispute resolution centers have proven to be a valuable resource for township residents. But these intervene only in cases where both parties agree to accept mediation. Despite the serious need for lawyers servicing the ordinary citizen with commonplace legal needs, large numbers of black law school graduates leave the profession for careers in commerce or government because they are unable to do their articles with a law firm in order to complete their professional qualification. Even more telling, those who manage to obtain articles with law firms receive training with a strong orientation toward corporate practice and, tragically, are trained to be largely irrelevant to the legal service needs of the majority.

Ashwell and Bernert's first priority is to ensure community involvement in their pilot project in Alexandra. They forged a partnership with the mass-based local "civic" organization, the Alexandra Civic Association. Their pilot centre provides legal support for the Association and its membership. The Civic Association will, in turn, provide two executive members to serve on the Board of Trustees of the Centre. The Centre is also building similar partnerships with a number of community-based organizations representing specific interest groups, including Alexandra AIDS Action and Agisanang Domestic Abuse Prevention and Training Center (coordinated by Ashoka Fellow, Mmatshilo Motsei). The strategy of building partnerships and involving community organizations in the management of the project will ensure that the project is providing relevant services to residents as well as giving residents a stake in the existence of the center. For Ash and Ben it is the central tenet of their larger effort to reinvent legal services in the context of community self-help and the daily life of ordinary South Africans. The second task facing the Centre is to involve leading members of the legal profession to give the center credibility among other members of the profession and start a debate around alternative models for the delivery of legal services. Ashwell and Bernert persuaded four distinguished legal professionals, including the Head of the Law Department of the University of the Witwatersrand and the Executive Director of the Law Review Project, to sit on the Centre's Board. The Centre is also building strong links with schools, beginning with legal education programs. Organized training in mediation is also being offered to selected school students. These mediation skills will be used by the students to defuse conflicts in the schools and in their neighborhoods. The Centre will also train volunteer student workers to act as paralegals; thus, in a practical manner, students will be exposed to the dynamics of the legal system. With a view to causing a national-level change in their profession, Ashwell and Bernert have already started working on facilitating the establishment of centers in other townships. By appearing at law schools in the greater Johannesburg area, they have successfully recruited three law students from a township outside Pretoria to establish a center using their model. They plan to visit universities throughout South Africa to encourage law graduates to establish additional centers. Ashwell and Bernert have an effective plan to finance the centers. First, affordable fees are paid for most services. These meet a portion of the costs of the overall program. Second, they have reached an agreement with the government Legal Aid Board to finance the litigation section, pay the salaries of all candidate attorneys, and subsidize some of the administrative costs of the other sections. This is a major breakthrough in two senses. First, it provides core revenues from a long-term source that is capable of expanding nationally with the program. Second, it provides the project with a structural relationship with the Ministry of Justice that can become a channel for ongoing exchange of learning and experience. Ashwell and Bernert plan to meet with the Minister of Justice to ensure that he understands the vision and needs of community-based legal services. Ash and Ben are very mindful that this reliance on public finance should not compromise their independence.

Ashwell and Bernert are from poor working class families in Alexandra. Ashwell was adopted by his grandmother, a domestic servant, at a young age and depended on her support throughout his schooling. Bernert depended on his elder sister for support. Despite their economic backgrounds, both men played key roles in organizations involved in the liberation movement that operated in Alexandra. In the late seventies, Bernert was one of the founders of political study groups that produced a core of highly politicized students and graduates who became leaders of community organizations in the 1980s. Bernert also was Organizational Secretary for the Hay Youth Congress. During the mid-1980s, he was detained and spent the next three years in jail, without ever being charged or tried by his jailers. In 1986, Ashwell helped found, and later became chair of, a sub-branch of the Alexandra Youth Congress. In April of the same year, state policing collapsed in Alexandra under the pressure of popular resistance to apartheid. Ashwell became "judge" of a "people's court," a structure established by activists to formalize a popular alternative to apartheid justice. Ashwell was detained, and two years later, tried and sentenced for sedition. The two men met in jail, and resolved to become lawyers and establish a legal center in Alexandra in order to protect residents' rights. During their imprisonment, both were subject to physical torture and solitary confinement. They began studying in jail through a correspondence university and, upon their release, continued studying at the University of the Witwatersrand. While at the University, Ashwell founded, coached, and captained a soccer team at his student residence and played a leading role in the Society for the Abolition of the Death Penalty. Ashwell and Bernert graduated in 1993 and began working full-time on the Centre in 1994. Both men continue to play a leadership role in development organizations in Alexandra. They are members of the Board of Trustees of a community health center, an AIDS initiative, and an educational trust.