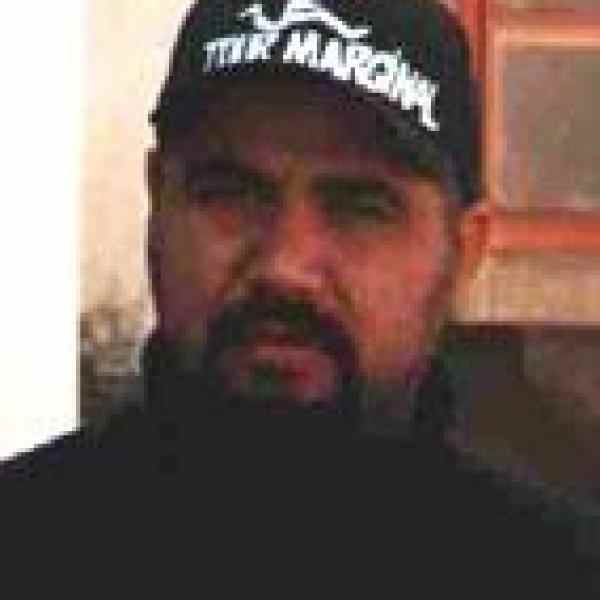 Raúl Abásolo has devised a support and social integration system for marginalized youth that combines nonviolent channels of expression and access to health, education, and job opportunities with the creation of greater acceptance of these vulnerable youth within the broader society.

Through his organization, Tour Marginal, Raúl has set out to provide the ever-growing population of socially outcast youths in Chile with an outlet to express themselves, acknowledge their own resources, take on leadership roles, and access health, education, and job opportunities. The first to offer support that recognizes alternative youth cultures ranging from the poor to gang members, Raúl provides marginalized urban kids with a means to gain a sense of belonging, turn their anger into tolerant attitudes, and avoid the negative social and emotional consequences often associated with the outsider lifestyle. At the same time, he is helping society to change its prejudiced view of youth minorities, demonstrating their potential and the benefits of diversity.

To bring together the many resources required for Tour Marginal, Raúl has created a partnership between the Chilean government and 240 nongovernmental organizations (NGOs), most of which do not regularly collaborate with government institutions. By successfully coordinating a vast network of partners in the development of youth-oriented programs and children's rights advocacy projects, Raúl has simultaneously worked for the benefit of disadvantaged youth and created a forum for grassroots and government cooperation.

Although Chile has achieved laudable economic growth since its return to democracy in 1990, its benefits have not reached the whole of Chilean society. According to the 2000 National Socio-Economic Survey, 20.6 percent of Chile's population is poor. As many as three million people live in overcrowded housing, are undernourished, have little access to health and education, and suffer high levels of unemployment. Within this context, 258,000 young people neither work nor study, leading to increased rates of high-risk behavior like prostitution, drug use, alcoholism, crime, and teen pregnancy.

While there have been government initiatives to address specific problems faced by these primarily urban youth, such as drug addiction, mental health, and crime, most have not found effective ways to approach their intended beneficiaries. Mainstream Chilean society views the symbols of urban youth culture, like skateboarding and hip-hop music, with suspicion. As their fashions, vernacular, public displays, and art come under attack, vulnerable youngsters often respond by taking on more clandestine lifestyles, drawing closer to the margin and adopting increasingly self-destructive behavior. Many programs seeking to work with these youth intentionally or unintentionally are founded on this rejection of their alternative cultures, and the kids respond to them with hostility that prevents their success.

To break down the mutual distrust that hindered previous efforts, Raúl seeks to integrate marginal youth on their own terms and with their own diversity into the broader society. By designing support programs and services that channel the creative energy coming from different urban youth groups in a safe and accepting environment, Raúl positions Tour Marginal as a "family for vulnerable youth."

Since allowing nonmainstream youth voices to be heard and acknowledged is the foundation on which Tour Marginal rests, Raúl established a physical space that became an urban center where all ostracized youth could meet to express themselves without fear of condemnation. Once these marginalized youth begin seeing their own potential, Tour Marginal links them with programs to realize it. Tour Escuela teaches groups of 180 youths about community leadership and music so that they develop the skills needed to spearhead projects in their own neighborhoods. Tour Empleo provides job opportunities and training in trade skills and entrepreneurship. Although it originally began with 80 youngsters, in 2002 Tour Empleo expanded to include 206 adolescents and shifted its focus to adolescent women–single mothers, young heads of household, and school dropouts. One successful Tour Empleo venture involves the training of urban squatters as gardener apprentices. Other major tour activities are grouped into the five categories of culture, health, gender, grassroots, and research, including alternative "kulture and artz" festivals, drug and AIDS prevention projects, women's rights advocacy, NGO mentorship and institutional development, and investigation into vulnerable and marginalized groups. Tour Marginal has utilized these programs not only to foster young people's sense of self-worth, but also to increase their accountability in the eyes of their neighbors.

Raúl has built a coalition of local and national partners to provide these programs and additional services to in-need urban youths through Tour Marginal. Tour Marginal currently works with more than 200 organizations within the metropolitan area of Santiago and with another 50 in other regions. In all, tour projects reach more than 10,000 youngsters. The organization has a board with representatives from several community groups and citizen organizations that are part of tour's partnership network, supplemented by a team of 40 staff professionals, including psychologists, educators, counselors, sociologists, and anthropologists.

These projects have been realized through state sponsorship of Tour Marginal and its affiliates in the amount of more than 100 million pesos; through consultancy services provided by Tour Marginal to other NGOs working with youth, such as Hogar de Cristo, Fundación Nacional de Superación de la Pobreza; and through income generating services like a cafeteria, an InfoCenter, and cultural activities.

In addition to beginning to change the views of society as a whole, Tour Marginal's success has started persuading both public programs and NGOs in Chile to revise their view and approaches towards marginal youth. Raúl is already transferring the tour´s methodology to public institutions such as the National Institute of Youth, the Social Investment Fund, the President's Social Fund, and the Social Planning Ministry and the Social Organizations Division. The President of Chile has also invited Raúl to participate in the National Citizen Council for the Strengthening of Civil Society, a roundtable discussion with representatives from the public and civil society sectors, from which Raúl is also influencing the citizen sector. In order to strengthen his capacity to transfer the Tour Marginal model, during 2002, the organization developed a three-year strategic plan that includes measuring effectiveness surveys and creating a manual systematizing Tour Marginal´s experience. Raúl also participates in the production and broadcast of documentaries on Tour Marginal and widely promotes his activities through local media, by traveling to communities outside of Santiago, and by participating in seminars and conferences on overcoming poverty and social vulnerability.

Beyond the Chilean public sector, Raúl has already started the expansion of his model to Argentina where he is working in collaboration with two Ashoka Fellows, Fabián Ferraro and Alfredo Olivera. Moreover, he is taking advantage of invitations to attend meetings abroad to begin establishing partnerships outside Latin America. For example, the American Embassy in Chile recently invited him to share some of his experiences with representatives from the United States and to learn about projects to improve the lives of marginalized youth in other countries. And, in 2002, he attended the IV Third Sector Iberoamerican Meeting in Spain, where he presented Tour in Europe and developed contacts for fundraising.

Raúl was raised in a poor household and went to a public school where the education was inadequate. The school was not unlike the other institutions with which he was familiar, institutions that provided few opportunities for young people to improve their own situations. Raúl's sister, who suffered from severe brain damage, died in a public shelter because his family could not afford the specialized care she needed. After his sister's death, Raúl made a commitment to work for those who live under inadequate conditions and to eliminate the obstacles that prevent the kind of equal access to health and education services that marked his own early life.

Frequently referred to as a good listener, Raúl eventually went on to study psychology at university, becoming an avid follower of Wilhem Reich, a German psychiatrist who describes the pathology of the social world. Based on this influence, Raúl learned to treat psychological wounds through body therapy, working with Chilean women who had been tortured during the military dictatorship. While pursuing his studies, Raúl worked as a bus driver to support himself and began to develop community activities in the poorest neighborhoods of Santiago. He also started lecturing on social development at student seminars at Chile University, Valparaíso Catholic University, and Educares University. His initiative won him a scholarship from Chile's president, allowing him to dedicate more time to taking on various leadership roles within the university.

Based on his experiences growing up on the margin of Chilean society and the work he did in underserved communities as a student, Raúl began to develop field activities for youngsters, focusing on drug prevention and countering the outcast lifestyle. He launched Tour Marginal in 1996 as a drug prevention program and has since developed its services to build a supportive community for all social outsiders.

In 2000, Tour Marginal received Chile's Citizen Innovation Award, granted by the National Foundation to Overcome Poverty in collaboration with the Ford Foundation.