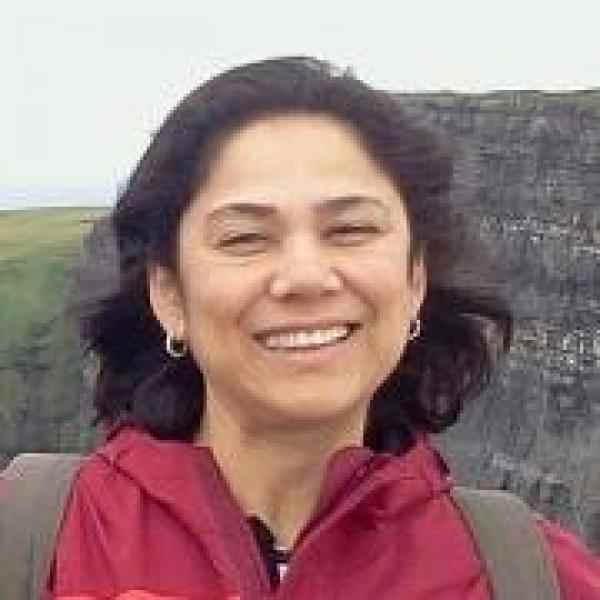 Mírian Assumpção e Lima, one of the first female police officers in Brazil, observed that the police's aggressive and violent law enforcement was not succeeding in reducing violence in poor urban communities. The repressive control and brutality that characterize police actions in favelas (poor slums) in Brazil are alienating community members, particularly youths, and contributing to escalating violence and social exclusion. The result is animosity between residents and police, with each side blaming the other for lack of public security, and a violent, dangerous environment. To change this, Mírian is promoting a more effective system for policing that involves community members and police. She has created value-based training for police officers, departmental management, and community programs that improve relations between the police and the communities they serve in order to reduce rates of violence, crime, and police brutality. Her approach makes police officers and young people take responsibility for peace and security in their communities and prevents violence by creating new educational, professional, and cultural opportunities for poor youth.

Urban violence is rapidly increasing in cities throughout Brazil. Homicides, kidnappings, robberies, and increasing drug trafficking crowd the headlines of large cities and create a climate of violence and criminality concentrated most heavily in the poorest neighborhoods and slums. In Belo Horizonte, one of Brazil's largest cities, the crime rates illustrate this reality. According to the Center for Criminality and Public Safety Studies and the Department of Statistics of the Federal University of Minas Gerais (CRISP), robberies increased from 97.3 per 100,000 inhabitants in 1986 to more than 500 per 100,000 in 2000. In the same period, burglary doubled, and homicide rates increased from 8.4 to 21.6. Across the country the media and opinion leaders increasingly refer to a "parallel power structure" existing in urban slums, one controlled by organized crime leaders and drug dealers. These new "leaders" are filling a vacuum created by ineffective policing and lack of community participation in public security.
For most poor communities, law enforcement is a passive exercise&#150;one that happens to it, not with citizens actually involved. Police are trained for battle, not for keeping the peace. There is little interaction between police and community members outside of moments of conflict. There is even less dialogue and virtually no cooperation between the two sides. Without a system that trains police how to work with the community, police officers become isolated and prone to accept violence as normal. At the same time, the situation is aggravated by community members' belief that the police force is solely responsible for public security. Community members blame the police for crime and violence in their neighborhoods without asking themselves what they are doing to contribute to their own security and that of their neighbors. Both sides end up intimidated, mistrustful, and numb to violence and crime and fail to see ways to change the situation.
Young people are among those most affected by crime and violence in poor urban communities. They are both the violators and the violated. Youth-on-youth homicide is the leading cause of death for young people in poor areas. Lacking opportunities for education, jobs, and income, many youths are attracted to using or dealing drugs, committing petty or violent crime, and participating in gangs. These choices are often considered the only lucrative and "secure" options for survival.

While commanding the 10th company of the national police in Belo Horizonte, Mírian set out to reverse the trend of violence, crime, and conflict she observed across the 24 neighborhoods in her command. Instead of putting more police on the streets in a demonstration of force, she thought strategically and began to implement orientation and training sessions aimed at understanding the problems of the community&#150;together with the community. Mírian's initial challenge was handling accusations of police brutality in the Vila Embaúas area. In her straightforward and transparent style, Mírian went to the community and started to register the accusations. When she began doing so, she found that no one could give a clear description or badge number of the officers who allegedly used excessive force. She discovered that the community was completely detached and distant from the police who supposedly served them. The community saw only uniforms, not human beings like themselves, patrolling the streets. They saw invaders instead of defenders. Mírian began to hold meetings in the community to teach people how to monitor police officers&#150;ask their names, look at their faces, participate in policing. They discussed local public security problems and responsibility for finding solutions to them. Through these meetings, she was able to mobilize the community, leading to the implementation of a self-management project involving new opportunities for youth.
At the same time, she began working with police officers to give them the tools to work with the people they served and to give them a strong foundation for ethical and moral behavior. She brought in a Cuban expert on community policing to teach the 100 officers under her command about human rights. She turned morning briefings into brainstorming and problem-solving sessions aimed at understanding criminality and violence and seeking more technical and less violent solutions. She used song lyrics and films to show officers how they are portrayed in and perceived by society, provoking discussions about negative and positive images and the ways in which they are formed.
Inspired by her results, Mírian decided to move the discussion into the schools. She piloted a program directed at public schools in areas with the highest rates of violent crimes. She called the project "What do you do for peace? Your attitude makes the difference." In one year she visited 100 out of 280 of the public schools in Belo Horizonte to talk with students. She wanted them to see that she was like them and so removed her uniform in an educational "strip tease." She asked students to create skits portraying what they did to make peace in their everyday lives. They came back with insightful representations of the violence pervading their daily life. In the second version of the program, Mírian organized a police band to accompany her talks to connect with the students through music and lyrics. The effect of music as a form of expression inspired Mírian to launch a contest in partnership with a local radio station. The "Sound of Peace" contest encouraged young listeners to submit songs about peace. The winning groups recorded a CD that included lyrics critical of the national police force.
Mírian is now incorporating these experiences into a broader plan for reducing violence, developing community policing, and creating youth leaders in poor neighborhoods. Together with musicians from the famous rock band "Skank" and community members from the Taquaril area, Mírian is launching a new phase of "What do you do for Peace?" Still in its organizational and diagnostic stage, this new endeavor is aimed at increasing public security in the area (home to 4,500 families) and reducing violence among youth. Her strategy is to develop activities that go beyond talks and presentations to reinforce young people's self-esteem and self-control through education, culture, employment, and leisure. Adolescents from 11 to 20 will engage in capacity-building programs that create employment opportunities for youth and create youth leaders to take control of projects in their community. One of the first projects will be the construction of a community-run school where cultural and educational programs will show children how to make peace in their community. Mírian is negotiating with the Secretary of Education and others to have the school serve as a model to be implemented in other high-violence areas.
As the community programs grow, Mírian continues to develop her strategy for working with the police officers serving these districts. Her approach is based on promoting the concept of authority instead of authoritarianism, an idea based on a clear set of values: respect for civil rights, credibility, and transparency. Mírian plans to continue her work with street cops to help them accept a new role in their communities, to train commanding officers to ensure support from their precincts in this new role, and to begin implementing capacity-building courses for cadets in the police academies in order to plant the seeds for institutional change within the police force.

It was a dead 13-year-old boy who finally led Mírian Assumpção e Lima to develop her ideas for community policing and youth development.
At age 18, Mírian became part of the first class of women to join the national police force in the state of Minas Gerais, the third state in the country to have female officers. She excelled at her work, passing exams and gaining promotions that propelled her through the ranks of solider to officer to sergeant to major. Throughout her career, she held positions from commanding police on the streets, to creating budgets, to monitoring spending in the Center for Budgeting. In each of her roles, she set out to change what was wrong and introduce what was right. In the bus terminal, she helped illegal street vendors who had been subject to harassment from police organize themselves and gain permits to sell their goods in the terminal. When in command of a police company in the city center, she redesigned training, redirected patrolling, and raised salaries to professionalize the officers in her command. For the Secretary of Administrative Modernization, she drafted the Institutional Action Plan of the national police of Minas Gerais.
Mírian has not always received praise for her reforms and relentless pursuit for improving the system. Shaking up outdated and embedded policing practices has often put her crosswise with her superiors and commanders. But she has received respect. Her ideas for modernizing and humanizing police commands have been incorporated into the policies and practices used by the force.
Through most of her career, these reforms were focused on improving policing efficiency, transparency, and professional development. In 2000 Mírian's battle took a new turn. She began to command the 10th company of the national police in a region spanning 24 neighborhoods of 12 villas with the third highest rates of violence, crime, and homicide in the city. For the first time she was face to face with the statistics that she had been dealing with on paper.
During her first week, she arrived at a crime scene and was caught off guard, horrified to see that this particular homicide victim was a 13-year-old boy, killed because of his involvement with drug trafficking. The officer said this sort of thing happened every day and because she was the commanding officer she needed to present a façade of order and composure if she were to maintain control in the district. Her response to this attitude was definitive: she would never accept the murder of a 13-year-old as "normal." She would make sure that the communities and police force didn't either. Her indignation and frankness in dealing with what she encountered led Mírian to start down the path she is on today. She is currently on a three-year sabbatical as she works to fix the system from within.