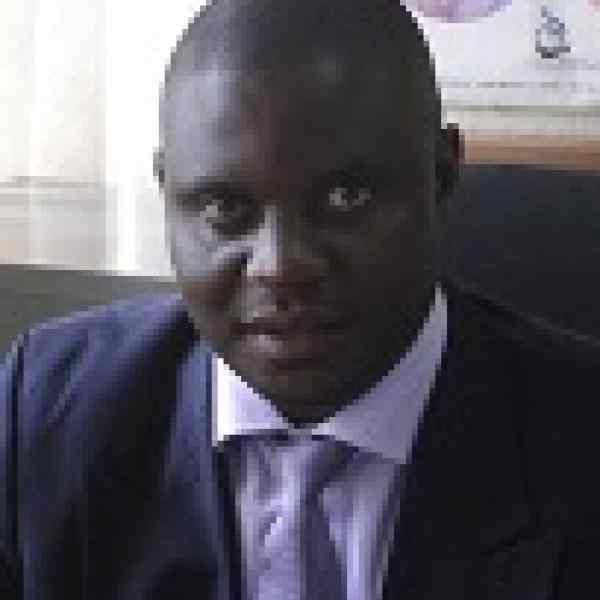 Although coffee is one of the most lucrative agricultural industries in Uganda, the current value chain leaves farmers with less than 2 percent of the retail value; with most trapped in poverty. Through a transition to the “farmer ownership model” which removes middlemen and increases the value farmers’ retain, Joseph Nkandu is combating the poverty cycle for Ugandan coffee farmers and increasing the overall return for one of the country’s primary exports.

By unlocking opportunities for farmers to engage at higher levels of the value chain, Joseph is not only increasing their incomes but challenging and reshaping the power relations in this industry. Redefining the role of farmer organizations and transforming them from mere organizational buyers of produce to partners who help farmers increase the value they receive from coffee sales, coffee processors are introduced to a new win-win relationship with farmers. Instead of buying raw produce from farmers at low prices to resell, they offer their expertise and facilities to farmers for a fee. In doing so, processors enjoy higher operational capacity and increased revenue. This value addition also allows farmers to retain ownership of a more valuable form of coffee which earns a higher return on the market.

“Farmer ownership” is at the core of this role—reestablishing architecture. Joseph believes farmers can only be fairly compensated for their participation in the sector by tapping into the market value that is retained at the top of the value chain. The principle of equitably sharing work and value across the value chain underlines the entire model. He has taken this principle and the farmer ownership approach as a basis for advocacy work at a national, regional, and international level and succeeded in having the National Coffee Policy established in Uganda. Over the last ten years Joseph has demonstrated the life changing impact of the farmer ownership model, through a national level organization of over 600,000 farmers. He has spread the principles behind his work through publications and manuals to influence the regulation, management, and governance of regional farmer organizations.

Joseph believes that a complex amalgamation of regulatory, market-based and behavioral factors within the industry have kept coffee farmers in poverty. To make the coffee sector more equitable and economically profitable for them, he understood that everyone in the value chain (including farmers) would need to prioritize farmer empowerment and value addition prior to exportation. Most farmers were not aware of the economic value of processed coffee and as a result, sold it unprocessed and at give-away prices to traders. Coffee farmers needed to be educated and empowered to increase the value of their product before selling it. Joseph borrowed elements of the cooperative structure and created a tiered membership organization that organizes from the bottom up with a group of 30 farmers as the fundamental building block. A collection of up to 60 groups then form a registered association that is managed by full-time staff who serve, support, and educate the groups to produce better quality coffee and add value to it before sale. In this way, Joseph is able to educate and support thousands of coffee farmers across the country.

At the top of this tiered structure, Joseph established a national umbrella body, the National Union of Coffee Agribusiness and Farm Enterprises (NUCAFE), which supports and regulates Farmer Associations and provides a link to international markets. NUCAFE also plays a leading role in sector-wide advocacy and since its inception in 1999 it has grown into a network of 155 associations that reach at least 600,000 farmers across Uganda. Joseph understood that the old cooperative model, in which the cooperative bought and aggregated the coffee for export, was counterintuitive and incentivized the cooperative to pay the farmers as little as possible so as to maximize its own profits. With this insight in mind, Joseph ensured that NUCAFE and all the associations under it do not buy coffee directly from farmers and instead, play the role of facilitator to help farmers navigate up the value chain and increase the value of their coffee. In return, NUCAFE is paid a small facilitation fee that is deducted from after-sales revenue.

Joseph successfully eliminated the coffee traders from his model by using associations to aggregate large amounts of coffee that could easily move up the value chain. However, he needed to ensure that farmers’ retained ownership of the aggregated coffee as it moved up the chain to realize higher revenue. Therefore, Joseph convinced coffee millers to adapt their business model from buying and then processing coffee from farmers to processing coffee for farmers for a fee. He demonstrated to the millers (many of whom were operating below capacity) that it was possible to work with a group of organized farmers motivated to sustain a high level of production and that they could increase their operations to 100 percent and earn more money by offering milling and grading services for a fee rather than buying, processing, and reselling considerably less coffee. Thus, Joseph established a new relationship between processors and farmers that promotes a sense of shared value. Milled and graded coffee is then sold by NUCAFE (on behalf of the farmers) to roasters and international traders. 90 percent of the coffee’s market value is returned to the farmer and 10 percent covers costs (i.e. processing fees, transportation, storage and NUCAFE’s 2 percent facilitation fee). Farmers are able to earn at least 30 percent more compared to the old model, with the potential for further increases if roasting partners are enlisted as service providers. NUCAFE builds the capacity of each association to establish these partnerships and take the processed coffee to market for the farmers. The associations have built a robust network of partners and increased trust between farmers and service providers through a transparent system that tracks records and payments. Service providers are now comfortable offering their services to farmers on credit, with the understanding that their fees will be covered at the point of final sale. Although this system relies heavily on trust, the retroactive form of payment enables farmers to have their coffee processed without putting cash down first. In short, Joseph has given farmers more control over their participation and income by repurposing the cooperative structure to create farmer-centered associations and by redefining processors as service providers for coffee farmers.

Joseph is also working at a policy level to ensure that his ideas take hold on a national and regional scale. He has drawn up a number of governance policies for farmer organizations and registered them under the Companies Act (110) with the Registrar of Companies and the Ministry of Justice and Constitutional Affairs in Uganda. In this way, Joseph’s ideas have taken hold across the coffee and tea sectors. Moreover, he has written training manuals for Farmer Associations and policymakers in the coffee sector. These include the Farmer Ownership Model Manual, the Sustainable Coffee Production Manual and the Governance and Management of Farmer Organizations Manual. Joseph also led a national advocacy campaign for a Ugandan coffee policy. This policy is based on his farmer ownership model and prioritized value-addition in the coffee sector. This marks a major shift in stance by the Ugandan government, which historically focused on the exportation of raw coffee. The government’s support for value addition before exportation is evident in the creation of Uganda’s National Coffee Research Institute. Joseph is also involved in regional and international policy reform and assisted with the establishment of the International Coffee Agreement in 2007, which facilitates the creation of farmer organizations across Africa. He currently works with the Kenya Coffee Producers Association and the East Africa Cooperative Network to establish regional standards for governance and management in the region. As part of a consortium that includes Makerere (Uganda’s leading university) and the National Agricultural Research Organization, Joseph has raised $2 million for an education facility that trains agribusiness owners on the farmer ownership approach.

Only 2 percent of the coffee produced by the farmers is processed to completion and is sold under the NUCAFE brand. Although he has made great progress, the majority of coffee will still be exported before acquiring its full value over the next few years; due to the country’s limited roasting capacity. Joseph, however, sees an end to this trend as he is looking to establish a centralized processing hub, the Center for Agribusiness and Farmer Entrepreneurship Enhancement (CAFÉ), which includes a large-scale roasting facility to enable farmers to process their coffee to full value before sale. The establishment of CAFÉ and increasing sales of NUCAFE coffee will significantly increase farmers’ incomes, since the highest value is retained in the final stage of roasting.

Joseph grew up on a coffee farm and witnessed his parents struggle to make ends meet. He watched entire plantations, including his own, burn to the ground during the war. Joseph’s family, like many others, fled for safety and eventually returned to start from scratch after the conflict subsided. Many families did not have the resources to plant and tend new crops and chose to abandon coffee production altogether.

As a student at Makerere University, College of Agriculture and Environmental Sciences, Joseph stood out as a young leader and took on several student leadership positions. He knew that he would eventually return to farming and he had a particularly soft spot for coffee farmers. As such, upon graduation in 1999, Joseph went on a research expedition to better understand the coffee sector and to establish the root cause of its paradoxes. He talked to hundreds of farmers and participated in several advocacy and trade forums both nationally and internationally related to coffee. Joseph started to get a feel for what the real challenges were and to mentally form a solution that he felt could turn things around. In 1999, he assumed the role of National Coordinator for the Uganda Coffee Farmers Association (UCFA) which had collapsed several years prior. Going in, Joseph knew he was going to need to make fundamental shifts in the way UCFA was originally conceived. He spent the initial years at UCFA developing the “farmer ownership model” and when it was ready to test, he dissolved UCFA and established NUCAFE in 2003. Joseph has built and grown NUCAFE into a 52 person operation working with 155 associations and over 600,000 farmers across the country.