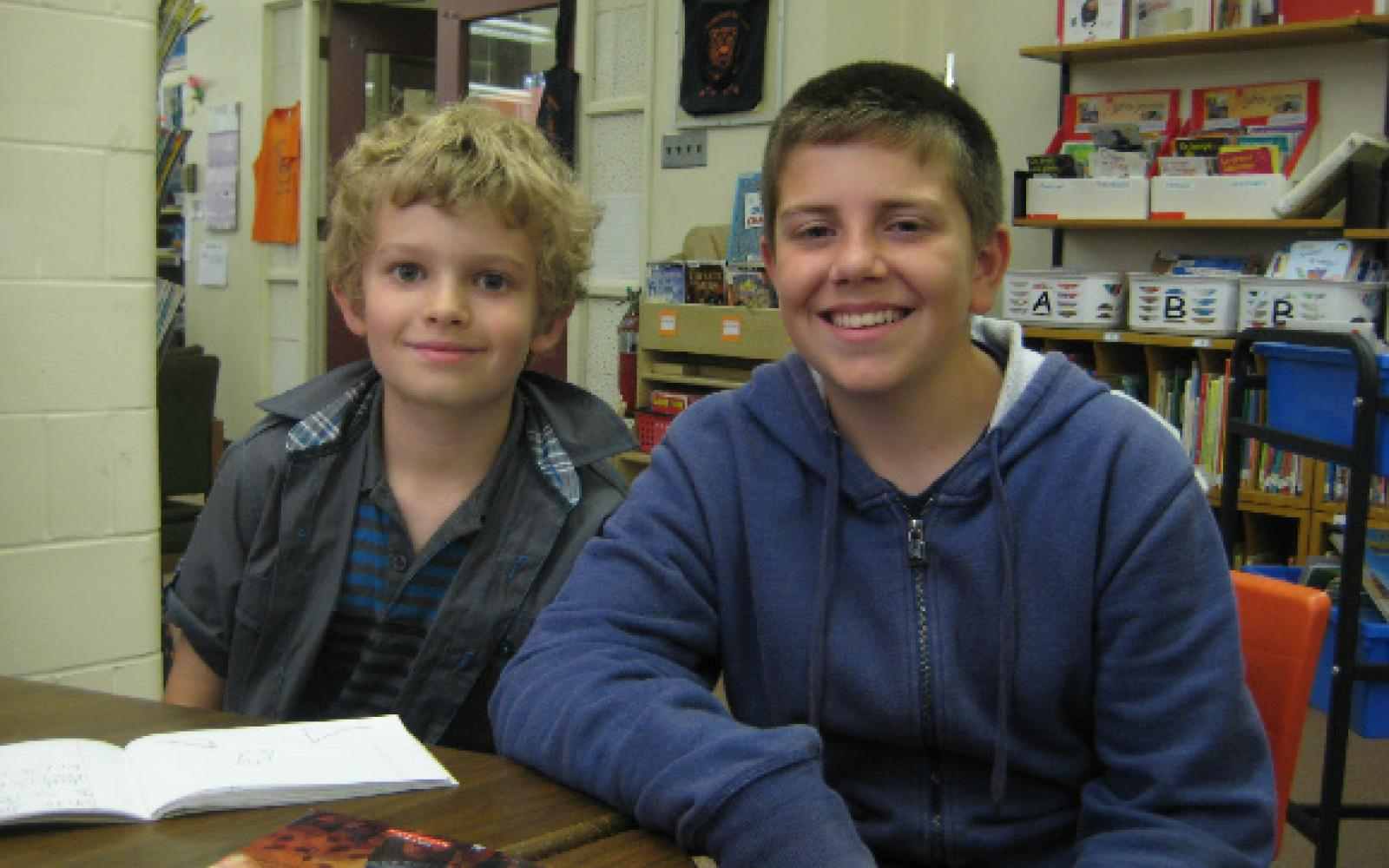 How a school in Vancouver, Canada, is connecting multi-aged students through reading buddies

It’s not always easy for second graders to learn how to read, but it’s a lot more challenging when they’re learning to read in a foreign language. This is the scenario at Lord Tennyson, a French immersion school in Vancouver, Canada.

But this school has proven that just because it’s challenging doesn’t mean it’s impossible.

The Challenge at Hand

Because French generally isn’t spoken in Western Canada, a number of students struggle with reading more than they would at an English-focused school. The situation is further complicated by parents’ inability to help with homework because French isn’t their native tongue.

In the past, kids at the lowest reading levels met with the resource teacher in small groups, but there was a shortage of time and a large demand to meet.

“Those kids that were nearly independent readers then received no help,” says Winona Montgomery, Lord Tennyson’s current resource teacher. “They could become very weak students with very low ability if they weren’t given that little boost in the opportune time.“

How it got started

So in 1998, teacher Nicole Roy decided to try out peer tutoring with the help of parent teacher Mary Chipman.

Today, a few dozen students meet twice a week to read together. Within that group, second and third graders are each paired with a sixth or seventh grader who spends thirty minutes helping the younger student sound out French mots and understand what they’re reading. Those students who struggle the most still meet in small groups with Montgomery in the learning assistance room.

Montgomery runs the program with the assistance of four parent volunteers who are trained to supervise and evaluate the reading performance of students. “Those parents really love it,” she shares. “Most of them I haven’t had to recruit; they’ve heard about the program through other parents and asked if they could join. They wanted to be volunteering in a way that would make a positive difference in the school.”

Some positive trends have emerged 15 years after the program began. Most notable is an increased sense of unity and kindness in the school. Younger students don’t fear older students as much; rather, they look up to their peer tutors. Similarly, older students have formed a sense of leadership and care as they encourage and reach out to the younger children with whom they read. Montgomery notes that the older children now have some understanding of what it means to be a teacher as well.

Then of course children’s reading skill have been seen to improve, according to teachers.

“I had a parent yesterday come up to me and share that she felt the peer tutor reading program was more successful for her child than working with me in the learning assistance room,” Montgomery says. “Her daughter wanted to please the older child and was so excited to go and see that older child when they got together.”

Montgomery says the parent noticed an increase of confidence in her child as well as a positive attitude about reading:

The fifteen years of the program have allowed students who were once tutored to become tutors when they reach sixth or seventh grade. Because these older students understand what it is like to be tutored, they are able to connect better with the second and third graders with whom they work.

And when the school year concludes, students in the peer reading program go home with photos of their reading buddies. “I’ve heard parents say that even several years later their child still has the picture posted in their room of their buddy from a few years ago,” Montgomery said.

In addition, the school has implemented other means of bridging the grade gap to create a more unified student body. One example is Tennyson Circles, a program where multi-aged students are grouped together for a joint activity each term. Recently, these groups met together to make decorations for a tea social held to thank the school’s parent volunteers. Older students helped younger students make paper suns to hang on the walls for the event.

“Whenever older children have finished their work they can go and knock on another classroom and ask if they need help,” Montgomery said. “I will often see a couple of older kids working in a younger classroom, helping out with the teacher and the students.”

The peer tutor reading program began inspiring other educators shortly after its take-off. Montgomery says that other schools in British Columbia have sought to incorporate the program. Even educators as far away as Minneapolis and Montreal have called her. This year alone she’s had six people contact her about implementing the program in their schools.

Montgomery credits a scholarly article as the propeller behind it all. The University of British Columbia had conducted a study just over ten years ago showing the effectiveness of peer tutor reading, and Lord Tennyson was one of the schools they looked at.

What positive results the study found during the early years of the program are still seen today. Yet, it’s not only that reading skills are improving; students’ understanding of how to genuinely care for others and the school itself is also expanding.

It is what has helped create the kind of environment where students are excited to read, where they are anxious to help each other, and where they wave and say hello to each other in the hall regardless of age.