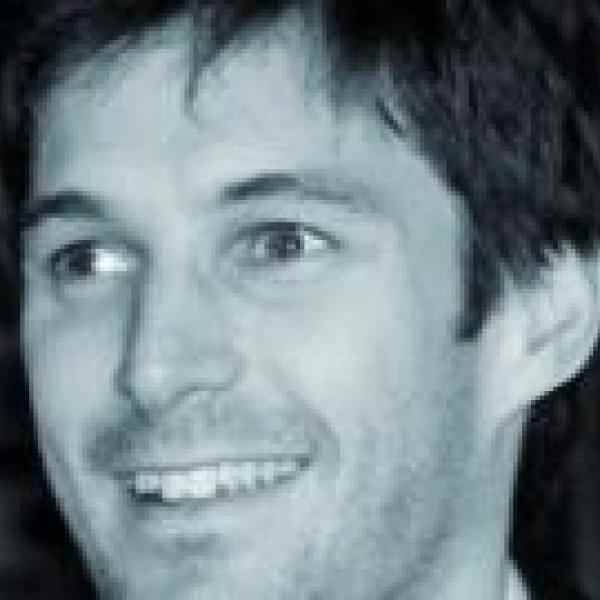 Simon Houriez is establishing a common ground for learning for both deaf and hearing members of society, and by doing so, is fostering equal citizenship. He refuses to admit that for the deaf to be educated and recognized in French society they must adjust to the communication paradigms and the education system of the hearing. Simon thus empowers the deaf to access knowledge through more sophisticated, nuanced, and integrated sign language—giving them the opportunity to build their own cultural identity and fully integrate into society.

To close the education gap between the hearing and the hearing impaired, and to remove prejudice, Simon is transforming the educational experience of deaf children by giving every child the opportunity to learn which meets their specific needs, opens them to the richness of their culture, and allows them to reach their potential. With his organization, Signes de Sens (Signs of Meaning), he is among the first people in France to leverage sign language through various media, creative tools, and cultural offerings, to stimulate early learning, and to promote the development of children’s capacities to understand the world around them. To be accessible to the deaf and hearing communities, his work creates spaces of common experiences for both groups, especially hearing parents and their deaf children. In doing so, Simon is building lasting bridges between both groups that can be crossed by teachers, parents, and educational communities.

To transform these bridges into a fully integrated, equal citizenry, Simon is empowering the deaf community to fully embrace their identity, grow the scope of their knowledge, and attain full access to society’s resources. Understanding the importance of language for one’s identity and worldview, but also the challenges of capturing and sharing sign language over time and space, Simon is creating ways on- and off-line for deaf people to capture the signs they use, enrich their community’s vocabulary, understand the different meanings of words, and reinforce each other’s ability to conceptualize the complex, multi-layered world in which they live. Simon is making sign language the bedrock of deaf people’s citizenship and status as a cultural minority.

Due to Simon’s efforts, the deaf community is progressively building legitimacy in society. As its members acquire more sophisticated and multi-dimensional linguistic capability, they are able to integrate into new professional spheres and express themselves in new cultural settings; offsetting the general perception and bias against their handicap. In addition, Simon is creating educational roles for the hearing impaired and visual tools so that children and adults can learn differently and conceptualize the world in a more integrated way. While Simon’s work is currently focused around the deaf community’s specificities, it will inevitably become a great platform for other groups with learning disabilities.

The deaf community consists of all people who have developed non-aural, sight-based cognitive and intuitive ways of relating to the world. People who are born deaf or became deaf at an early age grow up in a different world than most. However, to succeed in modern society, they are expected to adapt to the world in the way the hearing know it. They are often marginalized, and shut themselves off from the rest of the world. Their universe is relatively insular, and this is exacerbated by the fact that communication tools for deaf people are accessible only to them; they are unable to access mainstream culture and entertainment which are defined by sound and oral conceptualization. This further widens the communication gap between the hearing and the deaf, which is most dramatic for deaf children and their parents—90 percent of deaf children have hearing parents—and between deaf and hearing children. In addition, a lack of common experiences and understanding of the world rarely encourages deaf children to use their imagination or enter into a fantasy world. This further confines them and prevents them from reaching their full potential as persons and citizens. Exclusion and social and cultural isolation are corollary to illiteracy, which affects 80 percent of people who have been deaf since birth in France. As such, out of 2 million deaf people in France, nearly 350,000 have severe difficulties writing, reading, understanding the meaning of words, and understanding the subtleties of language.

French Sign Language (FSL) was only authorized in education in 1991 and recognized as a language in 2005, a sign of its severe lexical weaknesses, particularly in specialized domains. For example, the French dictionary gives eight possible meanings for the word “table” (table of contents, multiplication table, and so on), while a French/FSL dictionary provides one sign: A dining room table. In addition, there is no place where FSL poetry, theatre, and the like can be shared, memorized, and enriched. The “oral” tradition is very pronounced in the deaf community, which means, to paraphrase Leopold Sédar Senghor’s famous quote, “When a deaf person dies, a library burns.” Paradoxically, sign language was invented in France, but was soon banned for more than 100 years. In 1880 an international congress on deaf children’s education was held in Milan, Italy, and among its resolutions was the declaration that the “oral method” was preferable to the “signing method.” Henceforth, sign language was no longer taught in schools for deaf children, but they were instead taught speech and lip-reading. Sign language was regarded as an inferior system of pantomime and gesture rather than a true language. Parents were advised not to allow their children to use signs or even gesture, as this would spoil their chances of developing speech and lip-reading skills.

In 1991 the National Assembly passed the Fabius Law officially authorizing the use of FSL in the education of deaf children. France is only recently defining sign language as part of a culture, and is still reluctant to teach sign language in schools; only 15 primary schools taught sign language in 2008. As a result, there is a real lack of pedagogical tools: Teachers and parents are ill-equipped to use FSL as an opportunity for new learning and cultural awareness.

Unfortunately, most hearing people have difficulty thinking of deaf people as a source of richness for society rather than as less intelligent and less capable. For example, making websites accessible to deaf people is often an expensive proposition, but could allow many people with reading disabilities and language problems to better understand the content of the site. More broadly, sign language and visual learning often proves an effective tool for autistic, dyslexic, and dysphasic people, so efforts to integrate the deaf community may also be extended to these groups.

To allow the hearing and the deaf to learn, share, and experience knowledge together, Simon created a publishing house and a production company to produce books with DVDs and other cultural offerings in sign language which are designed to be accessible for the deaf and the hearing communities. These activities have enabled him to set new standards in the field—broadly recognized by practitioners—and to demonstrate that it is possible for parents of deaf children to share a learning experience with them, and for hearing and deaf children to learn together. By dramatically expanding the learning abilities of the deaf to conceptualize, it has improved their reading and writing skills. Today, 60 percent of specialized schools and libraries own some of Simon’s work. With the lack of tools for deaf children, Simon is working on collaborating with the Ministry of National Education to develop additional tools and to train teachers to use them.

Simon has quickly realized that to instill a deeper shift into the educational system, he must also help the deaf community to take ownership of their identity and language, and expand their vocabulary; this is key for conceptualizing the world and having access as full citizens. People who are part of deaf culture typically use sign language as their primary language and often do not see themselves as disabled, but rather as members of a cultural or linguistic minority. With the web’s potential to capture the rich, yet evolving language of sign in its various meanings, inceptions, and cultural expressions, Simon has partnered with IBM to engage the extended deaf community to create the first interactive dictionary/encyclopedia where all the entries of the French dictionary and their inceptions will be translated into sign language. There will also be spaces for collective memory. To achieve this huge task and to create the missing signs, Simon is launching an open online challenge where anyone can submit entries, while experts and visitors evaluate suggested signs. The important task of translating the subtlety of a language into signs becomes a tool to educate, expand creativity, and invent new forms of expression. Simon is also providing incentives to institutions and leading websites to use this tool as a way to make public information accessible to all.

Simon sees that visual learning and new roles for the hearing disabled have the potential to shift the way society as a whole is learning, and hence overcome discrimination against those who have to learn differently. With the famous Musée du Louvre, he has created the first portable visual guides (Portable Induction Loop system) in sign language, and to shift educational approaches more broadly, Simon is creating a space for the deaf to be educators of the general public. For example, he has developed the first program for deaf people to be guides in museums for all visitors (not only for deaf people). Such experiments question people’s way of perceiving the world, make knowledge accessible to everyone, and challenge stereotypes about the deaf—but also of all who learn differently. Simon knows what he does may be transferred to a broader range of needs—from autism to dyslexia—where signs and images are a spontaneous way to understand the world.

Simon was a talented student, but early on had difficulties with certain aspects of school curricula. He could not relate to conventional didactic and magisterial courses, and rejected some methods imposed by his professors, such as rote memorization, and often rebelled or had trouble understanding what he was taught. He felt ill-adapted for school as it was presented to him.

Simon’s father died when he was 23 years old, and he decided to interrupt his graduate studies in Physics and Chemistry—becoming aware that we all have only a short time to do what is most important to us. He participated in the creation of an artistic festival, and it was there that he met a deaf person and learned of the profound lack of cultural offerings adapted for deaf people. Instead of being distressed by this, Simon learned about the problems faced by deaf people. He learned sign language and worked for a year in a specialized institution for deaf children in Lille, in the north of France. Simon continued his research on the subject and analyzed what was already available to deaf people, both culturally and pedagogically. He later created the association Conte Sur Tes Doigts (Tell on Your Fingers), which would become Signes de Sens, to develop activities and materials that did not exist.

Simon is convinced that it is possible to innovate and invent for the most vulnerable members of society and then use these advancements to benefit society at-large. He often uses the vibrate function of cellular telephones as an example. Initially invented for deaf people, this function is now used by everyone. He has begun to see applications for his work for other groups that have relational problems due to occasional or permanent problems with oral communication, such as the elderly, aphasic or dysphasic people, or people with Alzheimer’s disease.