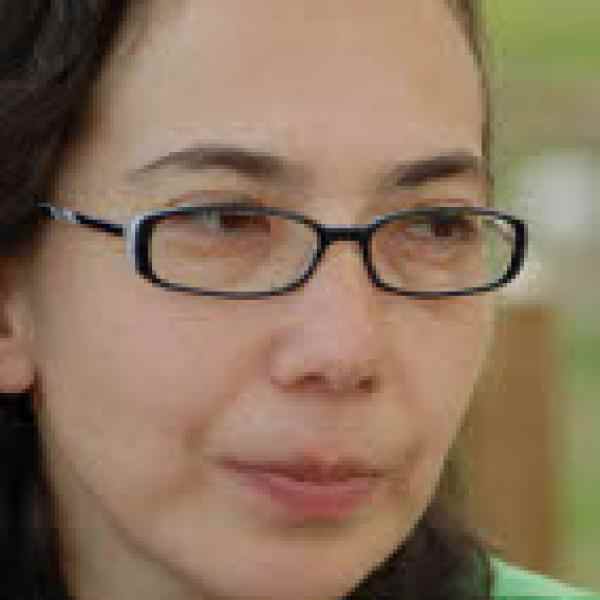 Raquel Robles is providing hope to children in juvenile detention for a different and better future by helping them to rethink their identity and build their self-esteem. Raquel then generates opportunities for societal reintegration, and by working with state authorities and ordinary citizens, she changes the negative perspective of these children to admiration.

Raquel’s work with at-risk youth allowed her to see that Argentina had no comprehensive program for juvenile delinquents to help them develop and move beyond their detention in institutions. Raquel created a model which reverses negative self-images and creates a belief in each young person’s potential, and then boosts their chance of success after they leave the institutions. Raquel developed a unique methodology in the Power of the Imagination, based on her experience as an orphaned child who benefited from literature to foster self-expression and imagination. Raquel’s workshops use stories as a tool to encourage youth to be reflective and imagine better futures for themselves. On the Way Out gives youth leaving institutions opportunities for education, job training, and support through a network of peers and professionals. This program offers avenues for young people to realize their newfound goals and prevents them from falling back into a cycle of criminal activity.
The second part of Raquel’s idea is to identify and target societal notions that contribute to the negative images of young people. Through high-quality publications and public events featuring the work of youth from institutions, Raquel works to change societal perceptions, highlighting the youth’s potential as citizens. Finally, Raquel works with authorities and personnel within juvenile delinquent institutions to eliminate negative stereotypes that affect how youth are viewed and treated, promoting an inclusive approach that values each individual.

In Argentina, many children suffer from social exclusion and with a negative self-perception due to poverty, lack of opportunity, school desertion, or a parent’s unemployment. These situations cause many children to be marginalized from the education system, fall into drugs, theft, and eventually detainment in juvenile institutions. As a result, there are currently 19,579 institutionalized minors in the country.
With difficult lives and a sequence of negative messages from society and the institutions, these youth do not identify themselves as individuals with much to contribute as citizens. Perceived largely by society as dangerous and not to be rehabilitated or integrated into society. The children, in turn, are incapable of seeing themselves as good people. They are “lost”. This furthers a societal notion that only by confining them permanently will citizens be free of their imposed danger.
Confirming this idea, everyone involved in their confinement works to enhance devaluing practices—“They have only been born to steal, and are unable to do anything else.” Existing citizen sector programs reinforce this bias, admitting only youth with smaller sentences or those with greater capacities or abilities—because they will be able to take advantage of offered opportunities. Furthermore, many of the organizations working with juvenile detainees focus on the children in a charitable manner—reinforcing children’s negative perception of themselves.
As a result, 80 percent of the adults confined to prisons in the province of Buenos Aires were confined at some time during childhood. The nature and dynamic of these institutions has contributed to the formation of a vicious circle of exclusion, delinquency, judicialization, and deprivation of freedom. Raquel’s program works in a comprehensive manner to include all the actors—institutional authorities, policy-makers, society, and the children—to rehabilitate former juvenile detainees into productive members of society.

Raquel was born in Santa Fe and lived in City Bell (La Plata-Province of Buenos Aires) until she was four-years-old (1976), when her parents were kidnapped by the military dictatorship, becoming desaparecidos (missing). Raquel and her brother went to live with their uncle and grandmother. This event was life-changing, and established her attitude towards the state, justice, impunity, and the problems of children in extreme situations.
Since those early years, she found shelter in literature, which became one of the seeds for her model. She developed social assignments during her adolescence with her aunts and uncles who were social militants.
In 1995, the homage to the victims of State Terrorism started in Argentina. Raquel, together with a group of seven sons and daughters of disappeared people decided to create the organization Sons for Identity and Silence, Against Forgetting and Silence. After several months of work they carried out their first national meeting which was attended by 350 members. Today it is a national group and Raquel is one of the undisputed referents.
She began work at the National Center for Social Rehabilitation (Ce.Na.Re.So) the same year. As a socio-therapeutic operator, she started to imagine the development of a literature workshop and production for children in extreme situations. As a result of her own experience, Raquel realized the importance of reading and writing for a child’s development, understanding the world they live in, and the need to express themselves.
After a few years she started working at the National Council for Childhood, Adolescence and Family. She transformed the Reading and Literature Workshop into The Power of Imagination and dedicated it to children deprived of their freedom. She first worked as a volunteer and then attained official support from the National Secretary of Culture.
Her perseverance and autonomy has enabled her to understand the reality of the institutions in the City of Buenos Aires and develop her model—refusing to accept “no” for an answer.