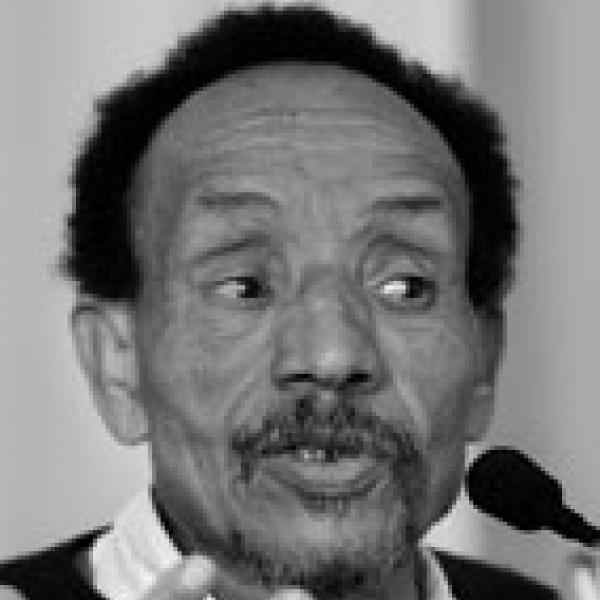 Pierre Rabhi has used principles of agroecology to improve yields and living conditions across the French and West-African agricultural sectors. Through innovative training methods, he has helped over 150,000 farmers diagnose the best way to adapt and apply ecological practices to their land and cultures, effectively uniting thousands of citizens in a movement to restore and protect environmental and social ecosystems.

In light of accelerating environmental and social consequences of the industrialization and intensification of agriculture in France since the 1950s, Pierre has been advocating for agroecology: Sustainable and productive farming practices that empower the most disadvantaged rural communities to achieve food self-sufficiency and economic self-reliance. Since the 1960s, he has shown farmers in France and Africa that they can independently improve their practices by combining traditional and modern ecological agronomical techniques that dramatically increase agricultural yields while respecting and preserving the environment. Pierre’s hands-on, self-learning approach lets farmers understand agroecology from their own experiences, measure the economic and social value of ecological farming, and diagnose the best way to eliminate alienating industrial and chemical farming methods. In doing so, Pierre has invented a new form of North-South development aid in the agricultural sector that allows for local food self-sufficiency and embraces indigenous cultures and knowledge, as opposed to the traditional short-term and content-based aid programs, which reinforce South-North dependency and endemic poverty. To this day, Pierre has created numerous local training centers, enhanced partnerships with grassroots organizations, and created agroecological farmers networks across Africa and France to teach and implement agroecology through self-learning. Furthermore, Pierre is ensuring that farmers are valued for their knowledge and innovation to inspire and enrich the agronomical research field, providing a solid scientific and economic justification to agroecology. Beyond the agricultural sector, Pierre has united tens of thousands of citizens in local and national movements to create a social and environmental balance. Through his work, Pierre encourages citizens to develop and lead a broad range of grassroots actions and programs around key issues and values, including the right to decent living conditions, fair trade, peace-building, access to and protection of natural resources, equality of all human beings, and access to education, among others.

Since the 1950s, the world’s rapidly evolving agricultural practices have caused increasing environmental and social threats. A prime example is the agriculture sector in France, which has gone from fragmented small-unit, traditional farming to a concentrated, industrialized rural landscape. Since 1950, the number of farms in France has fallen from over 600,000 to less than 300,000, while their sizes have grown significantly. In fact, while the EU average is 18 hectares, two-thirds of farms in France are larger than 50 hectares. This concentration of farmland has been met by a dramatic increase in chemical and pesticide usage as well as in industrial farm inputs for cattle.

Changes in farming practices have had severe environmental and public health impacts, including the spread of the mad-cow disease, dioxin chicken and the gaucho scandal (pesticide infected bees), among others. The massive industrialization of the agricultural sector along with rapid growth in productivity has ironically fuelled overproduction and forced the French government and European Union to create compensatory mechanisms.

Evolutions in agricultural landscapes have led to dramatic social consequences. For instance, the French countryside has lost 70 percent of its population; entire villages have become isolated and now lack the basic social resources to steward their land. Alienated relationships with nature and a growing urbanization have dissolved traditional social systems and have led to the individualization of society, driving consumerist patterns and inflating negative environmental impacts.

French farmers are not the only population confronting evolving agriculture problems. In the developing world, rural populations represent 75 percent of the poor, and most of them struggle to produce enough to feed their families. Since the 1960s, while Latin America and Asia were undergoing a “green revolution” and dramatically increasing their ability to cover their nutritional needs, African farmers were left in limbo between traditional, small-unit, under-productive farms, that suffered from difficult climatic and political conditions and the development of large-scale export industries such as cocoa and coffee. In the late 1970s and 1980s the African continent began receiving increasing amounts of development aid, but the methodologies used were doomed to failure since they failed to account for the specificities of the local context.

Since the late 1960s, Pierre has empowered hundreds of thousands of small farmers in poor communities to gain economic self-sufficiency and food by offering a clear alternative to agricultural industrialization patterns. Believing that agronomy and ecological practices were the best path to sustainable and increased productivity, Pierre experimented with a series of ecological cultural practices including using legume roots to capture nitrogen and allow for higher cereal yields or maintaining hedges around farmlands to provide an economical and effective alternative to chemical pesticides. Pierre used his networks of neighboring farmers, as well as newly established relationships with National Agricultural Research Institutes, such as the Center for Agricultural Research for Developing Countries (CIRAD) to expand his farming methods throughout the agricultural sector.

Pierre initially worked as a trainer in France and Africa through the Center for Applied Rural Studies and Trainings (CEFRA). Later, by way of the many organizations and training programs helped create in France and across West Africa, he encouraged farmers to embrace agroecology practices. To this day, he specifically targets farmers on small and medium-sized farms who are suffering directly from the consequences of chemical farming and poor land management, which damage their soil and make them dependent on seed and fertilizer manufacturers. Pierre’s trainings facilitate their understanding of the logic, practice and philosophy of agroecology through which they can find an ethical balance between profitability and sustainability.

His self-learning methods has proven particularly effective in Africa, where oral traditions are strongest and farmers need to appropriate changes in order to adopt them. Pierre’s work began in Burkina Faso where Pierre’s pioneer center in Gorom trained over 90,000 farmers between 1985 and the late 1990s; a method then generalized through the creation of CIEPAD, a Platform to Facilitate the Exchanges and Diffusion of applied Best Practices for Development. Pierre has in particular leveraged CIEPAD to influence information campaigns and identify and train partner organizations to spread agroecology in Morocco, Palestine, Algeria, Tunisia, Senegal, Togo, Benin, Mauritania, Poland, Ukraine and Romania.

Since opening centers and launching training programs is cost and labor intensive, Pierre has begun to invest in multiplier effects. In France, for instance, his Terre &amp; Humanisme onsite training programs are paired with the actions of his Movement pour la Terre et l’Humanisme, which engages local correspondents across France in spreading information and supporting local farmers in adopting and respecting the principles of agroecology. For his Africa focus, Pierre is currently developing a foundation to be the repository of agroecological techniques and to animate a network of locally identified, trained and labelled farms and farmers.

Born in rural Algeria, Pierre was raised by his father, but due to economic hardships, was eventually placed with a French Catholic family. Growing up in a multicultural environment with strong philosophical beliefs and deep ties to his natural environment, Pierre was forced to interrupt his studies and decided to move to France at the break of the independence war in 1954. He found employment in a car factory and was shocked by how the industry exploited people. Together with his wife, he dreamt of returning to the countryside.

His dream seemed suddenly within reach when he met Pierre Richard, a rural doctor and social entrepreneur who was establishing the Cevennes National Park. Inspired by his work and by the beautiful aridity of the Ardèche region, Pierre started a farming apprenticeship. Through hard work and new friends, he acquired an isolated farm and transformed his arid land into a sustainable, high-yielding farm.

Because mainstream farming practices that involved pesticides and chemical fertilizer to increase yields contradicted his beliefs and personal philosophy, Pierre chose to listen to the land, learn from the elders and balance traditional practices with modern agronomical techniques. Over the next few years, he successfully broke away from surrounding industrial production to develop and apply agroecological principles, all of which helped his farm become one of the most productive in the area.

Pierre’s impact on the work, lives and well-being of hundreds of thousands of farmers across France and Africa has triggered a growing and broad public awareness of the possibility to balance one’s way of life through sustainable compromises between the opportunities of consumption and modern society and the quest for personal, social and environmental equilibriums. Complementing his work as a social entrepreneur, Pierre has gained recognition as a philosopher and public figure and used his name and his vision to inspire tens of thousands of people to change their way of life way beyond the agricultural sector.

Furthermore, Pierre has launched citizen movements to engage people in concrete causes they can act upon. For instance, Oasis en Tous Lieux (An Oasis in Any Place) mobilizes people to create eco-villages and “éco-hameaux” across France, places of ecological balance and environmental autonomy. Also, Mouvement Appel pour l’Insurrection des Consciences (MAPIC) is an activist movement attempting to mobilize people to live around basic principles of equality, sustainability and fairness, and reject practices against these principles. Today, at the age of 71, Pierre still travels the world several days a week to spread his vision and has recently embarked on the creation of his foundation, which will work to utilize principles of agroecology in rural communities across Africa and the world.