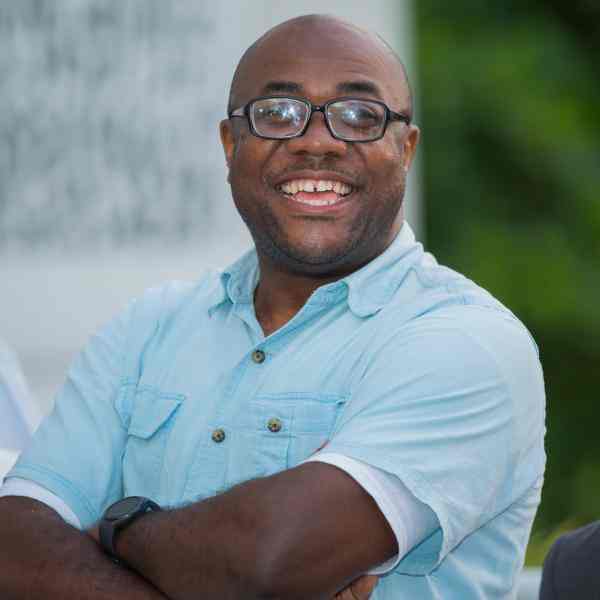 Duquesne Fednard has developed a new consumer financing model to make high-impact technologies accessible to Haitians with little to no savings/income. His model leverages economies of scale by aggregating consumer demand and contributes to overcoming the challenge of last mile distribution.

Poverty, environmental degradation, and social and health problems are interconnected challenges that form a vicious cycle. Green technologies such as efficient cook stoves and clean electricity can break that cycle through their multiple impact on income, environment, and health. However, Duquesne realized that without access to finance, green technologies will remain out of reach for most the population that have no savings or liquidity. To combat these issues, he developed a new consumer financing model that focuses on two population segments.

For those Haitians with no savings or regular income, Duquesne has developed a savings by consumption model. He noticed that poor families spend most of their income on 4-5 essential products, and that retail prices are extremely high due to highly-fragmented distribution channels. Duquesne realized that if he could develop a strategy to enable these families to save through their consumptive habits, he could unlock significant savings that could then be invested in essential technologies that would further improve the wellbeing of the families. With this, he mobilized local organized groups and families to collectively demand staple food products and negotiate lower prices, thus generating savings.

Second, for those Haitians with no savings but with some formal employment, Duquesne develops partnerships with their employers in order to deduct a % of their monthly income towards the payment of technologies. He also applies the same gradual payment model to those who are self-employed and have a regular income, such as small traders.

Access to green technologies remains a challenge especially for those who do not have the savings or liquidity to pay for them upfront. In Haiti 80% of the population lives on less than USD $2 a day, and 54% of the population lives on less than $1 a day. Moreover, the unemployment rate is 66%. After the 2010 earthquake, many organizations went to Haiti to provide essential technologies, but most of them failed to establish lasting impact as most Haitians did not, and continue to not have the icome to pay for such items. To make green technologies accessible at scale and to all people in Haiti, Duquesne faced the same challenge. Nevertheless, he made it his mission to find a way to make technologies accessible for those with no money – a segment of the population that traditional businesses would perceive as non-consumers. Thus, he quickly recognized that the only way to scale green technologies would be through new financing models that would enable families to gradually pay for eco-friendly technologies or allow families to generate savings for them. In particular, he noticed that 85% of a family’s income goes into 4-5 major products for which families pay a high premium due to fragmented distribution channels. If he could create a system to decrease prices, major savings would be generated.

Duquesne has established a new consumer financial model that makes green technologies accessible at scale. His model targets a large percentage of Haitian population that cannot pay for such technologies upfront. Duquesne developed two strategies – a strategy for those families with no savings and no employment/income (which Duquesne has coined as ‘savings by consumption’ model), and another strategy for those families who have some formal employment or a regular income-generating activity.

Duquesne’s financial model for those without a regular income and savings emerged when he realized that the only way for those customers to purchase essential technologies was through the creation of opportunities that could generate savings or income. The unemployment rate in Haiti is 66%, making this segment significant from an economic and social impact perspective. When looking at the consumption profile of this customer segment, Duquesne realized that 85% of their spending goes to basic food and fuel for cooking (charcoal and four major staple foods). He also saw that these families pay a very high price for these products, which is the result of highly fragmented distribution channels. He thus created a ‘savings by consumption’ model, by which multiple families would pool their staple purchases and collectively access wholesale prices with the manufacturers, reducing rates as products are bought in bulk rather than individual units per family.

In a 3-month pilot in 2016, families saved between $17-$54. To put these savings into perspective, the high-efficient cooking stove manufactured by Duquesne retails at $10. Thus, the savings that could be generated in a year can be quite significant. The pilot focused on the purchase of charcoal alone, which Duquesne negotiated directly with the manufacturer at a 40% discount rate. Part of the discount was passed directly to the families for the purchase of the charcoal at a lower price, part of it was invested in a savings account for each customer which customers then used for purchasing efficient cook stoves, and the remaining portion was used to cover the operational costs. By the end of the pilot, these families bought close to 200 cooking stoves, some of them buying 2-3 stoves; families in Haiti typically cook on two or more stoves at the same time. Duquesne estimates that by pooling the demand for the major staple goods, in a year families will be able to save $125-200 through this model (that is equal to one month minimum salary in Haiti). He also envisions that with the savings generated, families will be able to invest not only in essential technologies, but also in other productive activities.
Duquesne’s aim this year is to impact 5,000 people. Like in the pilot, a part of the wholesale discount is passed to the consumers in the form of slightly lower prices, a part of it is passed to the consumers as savings into an individual savings account, and a part is used to cover operational costs. To ensure sustainability at scale, Duquesne employs several strategies:

1) Duquesne partners with local associations who have already pooled together a significant number of families and who have local leadership and basic infrastructure in place. Duquesne engages the organizations as partners in selecting those families that are eligible to participate in the program, given their intimate knowledge of their members, and in managing the operations. The organizations receive a percentage of the negotiated discount to invest in their operations and strengthen organizational capacity. In addition to the women’s association with which he conducted the pilot last year, Duquesne partnered with two more associations. Collectively these associations have more than 10,000 members. In doing so, he is also creating a network of trusted community organizations.
2) To strategically manage the consumer savings, Duquesne partnered with a Haitian bank to introduce access to mobile banking. When families are approved to participate in the program, they are automatically signed up for a savings account. In doing so, families are encouraged to save, and are also integrating into the formal economy. Families can use their savings for purchasing a cook stove and for other productive investments, but not for consumption. Duquesne establishes the guidelines for the use of savings in partnership with the local associations. He also partnered with a local micro finance institution to provide training on savings to families in order to give families the power to make smart decisions. In doing so, he is enabling a new culture of saving and investment.
3) Duquesne has negotiated a 20-40% wholesale discount with two pasta companies, one cooking oil company, one rice distributer, and a charcoal manufacturer. All suppliers have depots across Haiti in order to facilitate the efficient distribution of products to the local associations.
4) Duquesne has automated the pre-screening of families through online services with his partnering associations. He is also currently in the beta testing phase of a software platform that will integrate all operations. The pre-screening of families, which includes socio-economic questions, also enables Duquesne and the local associations to learn about the consumption profile of families so as to understand where the major impact levers lie and what technologies and productive investments have most impact. The cook stove, which reduces charcoal consumption by more than 50%, is just the entry point.
5) Given that the objective of the model is to enable the poorest of the poor to lift themselves out of poverty, families can participate for as long as five years or until they have reached a total savings of $800 (the GDP/capita in Haiti).

Second, and as a complementary strategy to the savings by consumption model, for those families who earn a regular income but do not have enough savings to pay upfront for technologies, Duquesne establishes partnerships with employers. The employers retain a percentage of an employee’s paycheck every month to be used to purchase technologies. The employer continues to hold a percentage until technologies have been paid off entirely. Duquesne also applies the same model to small traders that sell in the open market and whose economic activity, even if informal, brings regular income. In effect, these customers pay for technologies gradually at zero additional cost. Through this strategy, Duquesne has provided access to more than 5,000 cooking stoves between 2015 and 2016 and he estimates that in 2017 this strategy will provide 10,000 stoves. Duquesne also tested the model in schools, churches, and community-based organizations, thus leveraging their social capital to reduce the risk of non-payment. In 2015 and 2016 he started working with several schools and churches, providing access to 2,500 cooking stoves.

Duquesne is the youngest of eight children of a low-income family from a small village in Haiti. His father passed away when he was five and was raised by his mother, who despite having just third grade education, was a smart informal merchant. At 11 years old, when his mother passed away, Duquesne started working with his older brother who, with their mother’s savings, started a small machinery shop. In his youth, Duquesne took an active role in the youth organization at his church. One of his first ventures was the creation of a microfinance fund at his church when he was 13 years old, a fund that still exists today. He also started a small printing business when he was 15. With his savings and support from his siblings, Duquesne studied in the US and earned a Bachelor’s in Management Information Systems (CUNY) and a Master’s in Finance (Columbia University).

While he was working with the New York City Mayor Bloomberg’s Office as director of one of the five small business centers, Duquesne decided to use his savings to build a local factory in Haiti that would bring access to high-efficiency cooking stoves. He drew upon his experience in his brother’s machinery shop in his youth, which is now the biggest machinery shop in Haiti, which he also leveraged to build the equipment for making the cooking stoves. However, one month before the factory was launched, the 2010 earthquake destroyed the factory, leaving just three machines intact. Duquesne persevered, quit his job in NYC, and returned to Haiti to dedicate himself fully to his venture. Between 2010 and 2014, D&E Green Enterprises manually produced cooking stoves, with eight employees. Throughout the period, Duquesne’s main motivation was seeing and experiencing the impact his business was having on the daily lives of those with whom he worked.

In 2013 Duquesne partnered with one of the largest utility companies in Europe, Enel, to trade carbon credits for the next 21 years. With the start-up capital from Enel, Duquesne leveraged additional capital from USAID and the IDB to build a new factory in 2014. This enabled him to start producing stoves at scale and build a successful network of local distributors. In 2015 he realizes though that the poorest of the poor lack the savings to pay for essential technologies; his new financing idea thus emerges. D&E Green Enterprises has sold more than 100,000 stoves so far. As he finetunes his consumer financing model to reach the poorest of the poor, Duquesne plans to introduce additional green technologies.