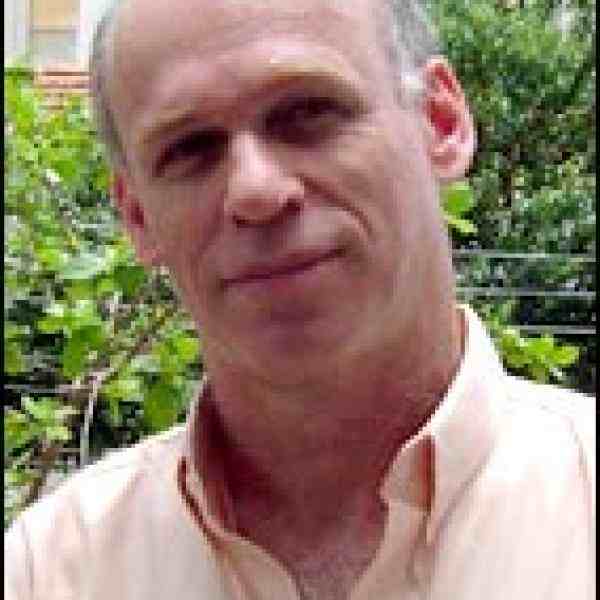 Rubens is building powerful networks and coalitions of civil society organizations addressing major issues of environmental protection and sustainable development in Brazil. His work is helping those organizations gain greater voice in national and international deliberations and enabling them to play more productive roles in translating international environmental accords and environment-friendly national policies into effective action at the regional and local levels.

Under the aegis of the Vitae Civilis Institute for Development, Environment and Peace (VCIDEP), an organization that he founded in 1989, Rubens is forging a broad and diverse array of civil society organizations into networks and coalitions that increasingly influence environmental and development policies at regional, national, and international levels. Focusing on issues with important global dimensions, such as water management, the conservation and sustainable use of forest resources, and climate change/global warming, the institute is engaged in several mutually supportive activities. With the aim of strengthening the management of participating organizations and empowering their memberships, VCIDEP organizes seminars and workshops on such topics as strategic planning processes and human resource development and produces videos, books, and pamphlets for use in public education activities. In order to help the leaders and members of partner institutions keep abreast of relevant developments at the national and international levels, it sponsors symposia on important policy initiatives of the Brazilian government and on the state of play of international negotiations on global environmental issues. It also hosts cross-sector dialogues in which representatives of civil society organizations work with their private and public sector counterparts in devising joint efforts to address pressing environmental concerns.

With a population of more than 170 million and almost half of the landmass of South America, Brazil is among the world’s most biodiversity-rich nations. It is also immensely important in global efforts to address environmental challenges, including global warming/climate change, the conservation and sustainable use of tropical forests, and the management of watersheds and water resources.
Unfortunately, Brazil’s response to environmental challenges has been impeded by several factors. During more than twenty years of repressive government (l964-85), the national security and economic development goals of its military leaders were reflected in policies with extremely adverse environmental consequences, and the development of strong civil society organizations with conservation and sustainable development agendas was thwarted. Environmental degradation in Brazil has also been exacerbated by one of the world’s most uneven patterns of income distribution (in which the poorest 50 percent of the population enjoy approximately 12 percent of total disposable income, while the richest 20 percent of the population share more than 60 percent). And not surprisingly, the burdens associated with unsustainable development and resource management policies have fallen disproportionately on the country’s most impoverished groups.
Over the past 15 years, Brazil has witnessed both the succession of one democratically elected president by another and a growing revitalization of civil society. It has become increasingly clear that the development of sound policies for environmental protection and sustainable development on the one hand, and good governance and the strengthening of civil society organizations on the other are inextricably interconnected.
It has also become increasingly evident, as the Brazilian government has sought a more prominent role in various international forums, that it is turning to civil society organizations both to inform and support its positions and as a recruiting ground for its representatives in key international deliberations. But, with some important exceptions, civil society organizations addressing environment and sustainable development issues in Brazil have been inadequately equipped to play those roles, and their effectiveness in making their constituents heard has too often impaired by a fragmented or insufficiently orchestrated approach.

Since 1989, Rubens and the institute have pursued several mutually reinforcing strategies to enable civil society organizations in Brazil to become more effective instruments for addressing important environmental challenges. One component of his work is aimed at improving the governance and management of those organizations and enhancing the quality of the education and information-sharing activities in which they are engaged. Another is the establishment and nurturing of networks and coalitions of civil society organizations and social movements on specific issues—e.g., watershed management and climate change/global warming. A third is the promotion of dialogue between civil society organizations and other sectors (government, academia, and the private sector) on issues of common concern. And a fourth is participation in international working groups and deliberative bodies, and transmitting the “lessons learned” from those experiences to the relevant Brazilian organizations and their memberships.
The efforts of the Vitae Civilis Institute to strengthen the governance, management, and education/information activities of civil society organizations working on environmental issues have taken several forms. Since the early 1990s, the institute has organized workshops and seminars on the “how tos” of social mobilization and the use of the methodologies envisaged in “Agenda 21” (the Final Document of the United Nations Conference on Environment and Development held in Rio de Janeiro in June 1992) to ensure the effective participation of citizen sector groups in the development and implementation of environment-related policies. In 2002, in anticipation of the World Summit on Sustainable Development (which was held in Johannesburg in August/September 2002), the institute produced two videos examining a decade of experience in addressing the challenges set forth in Agenda 21, and it is working on another video concerning the participation of Brazilian citizen-based organizations and citizen sector organizations in the Johannesburg summit. Over the years, his Vitae Civilis colleagues have also authored a continuing flow of written materials—books, pamphlets, and discussion papers—that are used as training materials by a wide and diverse array of organizations working on issues of environmental protection and sustainable development.
Over the past 15 years, Rubens and his institute have played a central role in creating and supporting several networks and coalitions of Brazilian organizations and social movements that are working on key environmental issues of national and global importance. In 1990, Rubens founded the Brazilian Forum of Citizen Sector Organizations and Social Movements for Sustainable Development and the Environment (FBOMS), which brought together some 70 national, regional and local groups with the objective of “influencing and participating in the formation of environmental policies and programs at the national and global levels” and continues today as the principal voice of Brazil’s citizen sector in relevant policy deliberations. In 1992, Rubens organized a Climate Working Group within the FBOMS structure, which he continues to coordinate, and he was also among the founding members (and served for a term as coordinator) of the Network of citizen sector organizations of the Mata Atlantica (Atlantic Forest). On the basis of Rubens’ work in the latter group, the institute has also twice been elected by a large group of concerned organizations as the “CSO representative” in the legislatively mandated and government-sponsored Committee of Alto Tiete Watershed (which includes the São Paulo metropolitan area).
The Vitae Civilis Institute has long played an active role in encouraging and enabling community-based organizations and other civil society structures to enter into dialogue with representatives of other sectors on environmental issues of common concern, and in recent years such dialogue has given rise to several collaborative undertakings. In 2000, for example, the institute joined forces with SABESP (a major São Paulo water and sewage company) in developing a new environmental education plan and with EMPLASA (the São Paulo Metropolitan Planning Agency) in conducting research on citizen views concerning the use of a major reservoir. More recently, the institute has entered into a partnership with EMAE (the Metropolitan Water and Energy Company) for the planning and implementation of an “Ocean Trails Ecotourism Area.”
Reflecting a strong conviction that the appropriate resolution of major issues of environmental protection and sustainable development requires concerted action at the local, national, and international levels, Rubens has also devoted a considerable portion of his energies to ensuring that the views of citizen sector organizations are taken into account in international deliberations on environmental issues and to helping citizen based organizations and citizen sector organizations in Brazil keep abreast of relevant developments in the international arena. In 1990, he was elected (by the member organizations of FBOMS) as the representative of Brazilian citizen sector organizations on the international committee for the Global Forum at the 1992 United Nations Conference on Environment and Development (Rio-92), and he also served as the spokesperson for Brazilian citizen sector organization on the Council of Rio-92.
To support the pursuit of these several lines of endeavor and to facilitate the mobilization of the requisite human and financial resources, Rubens founded the Vitae Civilis Institute in 1989. In its early years, the institute operated on an informal basis, dependent exclusively on the (unpaid) labors of its founding members and of other volunteers (interns and graduate students). In 1992 the institute was legally registered as a not-for-profit institution, and in 1993 it acquired a small office. Since 1994, although it continues to rely heavily on volunteer staff, it has succeeded in mobilizing project funding from a variety of Brazilian and international sources (e.g., from the São Paulo State Fund for Water Resources to train and network civil society group representatives in watershed committees; from the Ford Foundation and the Fundacio Ecologica Universal to facilitate the participation of designees of Brazilian civil society organizations in the Johannesburg Summit; from Brazil’s National Fund for the Environment for the sustainable management of medical plants in the Mata Atlantica; and from the World Wildlife Fund for the promotion of ecotourism as a strategy for income generation).

Born in São Paulo, Rubens was eight years old when the military seized power in Brazil on April 1, 1964. Fortunately, during the period of increasingly brutal repression by the military authorities that ensued, his parents instilled in him both a deep commitment to social justice and engagement in the community and an abiding concern for environmental protection.
Rubens completed his university studies in civil engineering in 1977 and worked initially in several major construction projects (dams, highways, and port facilities) in which he witnessed the adverse social and environmental impacts of a “development model” that worsened inequalities and polluted Brazil’s extraordinary natural resources heritage. Alarmed by what he saw, he and a group of fellow engineers created an “Ecological Survival Group,” the first of what has proved to be a series of citizen sector organizations that have been the principal focus of his labors.
In 1983, Rubens left the heavy construction sector and began working with several citizen organizations while simultaneously pursuing further studies in environmental engineering. To support himself, he also took on several assignments with governmental bodies—the São Paulo Secretariat of Health (l984-87), the National Constituent Assembly (1987-90), and the Municipality of Carapicuiba (1990-92)—in each of which he deepened his understanding of political processes with which effective nongovernmental groups with environmental concerns must engage.
During the past decade, although he served for a period (l998-2001) as executive director of the Brazilian Association for Leadership Development, Rubens has devoted the bulk of his energies to the Vitae Civilis Institute and the related set of network- and coalition-building activities that are described above.