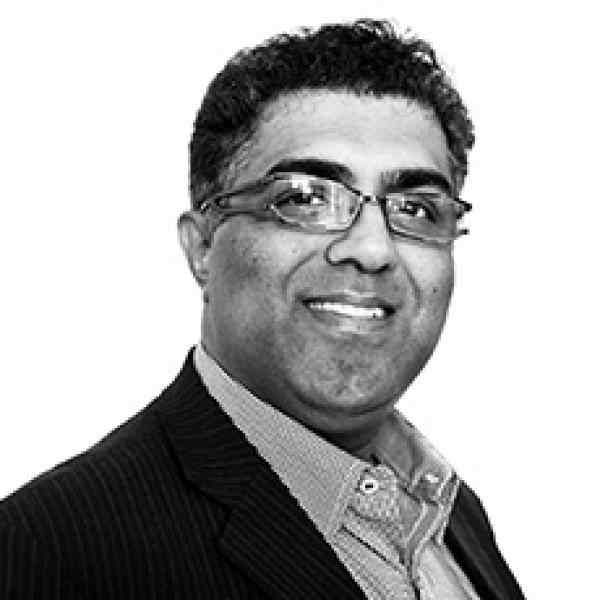 The use of mobile gaming for the dual purpose of education and entertainment is a new idea in India. Hilmi Quraishi is using mobile telephony to bring important public health messages to the masses. He envisages the widest and deepest reach through the mobile phone, the computer, and the internet—the technology tools of the future—to combat various health and other critical social problems by delivering useful knowledge products in the form of games.

Hilmi’s innovation lies in using entertaining games and messages to disseminate important public health and social communications and in linking these games to mobile phones that are widely used in Indian society. The idea is relevant to generations of youth not only as technology, but that it incorporates sensitive interactive messages contextually adapted for culture, religion, regional needs, and social mores.

Hilmi believes mobile telephones will soon be more powerful than television and radio, as the medium through which people will access most information and education. It led him to explore an approach for the HIV/AIDS awareness campaign in India. Mobile telephones guarantee communication is private since it can be stored and then read by a user before it is deleted, unlike radio and television.

With 70 percent of India’s population living in rural areas with little access to information and knowledge, and the country is adding 20 million people every year, Hilmi feels India’s existing mass communication systems are inadequate to handle current and future problems. Whether the issue is healthcare, education, empowerment, or agriculture, without an effective communication channel for wider and deeper reach, the country will continue to grapple with the problems for the next 100 years.

Healthcare information has a particular urgency as it gives citizens the opportunity to address their health needs more effectively and to utilize limited public resources more intelligently. Government resources to educate people about the risk of diseases like HIV/AIDS, however, lag behind the growing need. For example, as India grapples with an increasing HIV/AIDS problem, an estimated 1.3 million call-centre and outsourcing workers have been identified as a surprising new risk group, with truckers, migrant workers, and sex workers. Though statistical data are not as alarming for diseases like tuberculosis and malaria, the absolute numbers are quite high. Prenatal and postnatal care is another area of concern, which the state health system has been unable to satisfactorily address. Without access to information about risk factors and resources for people coping with diseases like HIV/AIDS or a way to confidentially learn about these public health issues, many people are at-risk.

Hilmi’s games are designed as simple to operate, affordable, and are highly engaging. He designs low-end games that will reach the maximum number of people in the developing world. He has set parameters for these games, which are addictive, intellectually stimulating, adventurous, and appealing to a varied audience. While he focuses on the learning and training needs of the semi-literate masses for multi-lingual, multi-cultural, and multi-regional use, he also works on games to address the newly identified HIV/AIDS risk group of young outsourcing industry employees. In addition to educating mobile phone users about public health messages, Hilmi covers subjects as varied as Indian history, climate change, and increased population, through his mobile games.

The software development domain is highly competitive and therefore, it as been a tough challenge for Hilmi, as an employer and as the Chief Learning Technology Officer of his organization ZMQ Software Systems (incorporated in 1999), to hire talented people and keep attrition low. Hilmi infuses corporate social sensitivity and responsibility among his staff by constantly talking about and challenging his staff to think about solutions to the social and environmental issues facing India and the world at-large. Though this social focus is rare in many places, in India this organizational ethos is particularly unique; and, as a result of this constant coaching, Hilmi has been able to ensure that the members not only stay in their jobs, but develop a keen sense to contribute to society, in terms of developing newer and more interesting games. Hilmi recruits the best talent to ensure optimal performance from his brilliant 25-member development and design team.

Despite India’s growing corporate social responsibility movement, Hilmi realized early on that mobile-service companies did not necessarily trust a CO to develop and market engaging and important content for their customers. To become a more attractive partner for these mobile-service companies, Hilmi incorporated his organization as a for-profit company from which nearly all revenue goes back into the development and marketing of new social message and public health awareness games. Hilmi has put his life-savings into his work and has a revenue sharing business model with all the service providers he works with. A small percentage of the profits (about 12 percent) come to his organization, which helps to cover overhead expenses. Unfortunately, a financial gap still exists between service providers’ profit aspirations and Hilmi’s delivery aspirations to be able to cover more and more people. Although he has been pursuing this dual model of revenue generation and subsidizing “free downloads” of his games to fund his games software development initiatives, Hilmi also receives support from USAID, HIVOS, and DFID (U.K.-based funding agency), to scale his initiatives across countries.

Hilmi’s HIV/AIDS awareness campaign is a major focus around which he tests his gaming strategies to use the same methods to help solve other critical problems such as tuberculosis, malaria, climate change, pre/post natal care among others. With the HIV/AIDS awareness campaign, the mobile interactive games aim to convey powerful messages of prevention and transmission, while also clarifying common misconceptions about the disease. Individual subscriber information such as game scores is anonymously stored with the service provider which helps Hilmi evaluate the effectiveness of the messages and measure impact. It also allows him to gauge the virtual behavioral change of a person and her/his progress on the knowledge and awareness scale. This game can be downloaded for free (www.freedomhivaids.in); the idea being the delivery of HIV/AIDS awareness information in the form of top notch, interactive mobile phone games to a generation of tech-savvy consumers otherwise unmoved by traditional public service messaging. Hilmi is also tackling the stigma and other social sensitivities associated with HIV/AIDS in India, as the disease is often directly linked with sexual behavior. The “Safety Cricket” game is by far the most popular among users, using the country’s celebrated pastime—cricket—to educate and spread the message. Similarly, “AIDS Penalty Shoot-out” is a football game for those nations where football is more popular. For a city like Nairobi, Kenya, where neither sport is very popular, Hilmi has packaged the game in the form of a quiz. “Mission Messenger” is another version of the game; an African teenager drops condoms in villages as he is chased by a pulsating AIDS virus. Hilmi is in discussion with the National AIDS Control Organization of India for countrywide spread of his work. He also works with one of the umbrella organizations of Indian industries, Confederation of India Industries (CII) to create awareness on prevention of tuberculosis and malaria as well. Besides reaching large Indian states such as Uttar Pradesh, Madhya Pradesh, Jharkhand, Bihar, Karnataka, and Tamil Nadu, Hilmi has expanded his work in eastern and southern African countries such as Kenya, Tanzania, Uganda, Malawi, Mozambique, and Namibia. Game versions are available in three languages in Africa: English, Swahili, and Shen. Hilmi has local collaborators in these countries.

Hilmi also has projects in their early stages. “Engineering Education” focuses on empowering youth who could not pursue a formal education without basic knowledge about operating a laptop or a mobile phone to create awareness of HIV/AIDS in rural communities. Under his proposed program, “Mobile for Development” (www.m4dev.org), Hilmi invites COs that desire to implement mobile-based projects for sustained social impact to collaborate, and 40 percent of the project cost would be born by ZMQ Software Systems. Under the auspices of this effort, Hilmi has conceptualized a program, Mobile-based Care, Support and Treatment Manager, a software program that will capture and maintain important health-related data of People Living with HIV/AIDS in a given area through a local pathology clinic which will assist a local CO already working in the area of health to regularly monitor the medication and progress of their HIV/AIDS patients.

Hilmi’s messaging on natal care is particularly innovative, as it reaches out to rural men with pre- and post-natal alerts since there are still more men using phones than women. By creating a password in the program, men’s wives are able to read the alerts and receive regular updates, guidance, and reminders, at the different stages of their pregnancy. To encourage men to allow their wives to use the phones to access these important messages, men earn free airtime by opening all fifty-two alerts. This program also raises men’s awareness about women’s pre- and post-natal health in areas where many women often suffer due to a lack of understanding about pregnancy and childbirth.

For Indian history, Hilmi’s “Virtual Gandhi Ashram” enables semi-literate persons to learn about the life and ideas of Mahatma Gandhi and his concepts of non-violence, equality, and human rights. Hilmi’s games on climate change—“Connect2Climate” (http://www.connect2climate.org) teach communities about the potential sources of greenhouse gases and how emissions can be reduced. Hilmi also wants to run a campaign, through an innovative game that targets young couples to educate about the tremendous resources a child requires in the first fifteen to twenty years of life. This game will make them aware of the cost of food, clothing, healthcare, and education a child needs, and potentially, couples will not have more children than they can afford.

Hilmi is using his business acumen and marketing skills to strike alliances with potential partners to spread his work. For example, in 2003, Hilmi made a strategic alliance with one of the largest mobile telephony service providers of the country to offer downloads of these games for a nominal cost to the subscriber. He has launched games in the major Indian languages of Hindi, Marathi, and Telugu and plans to translate the games into all major Indian languages in the next couple of years. Hilmi’s idea is replicable as mobile telephony and its instruments (headsets) are becoming increasingly affordable and airtime charges are decreasing due to a rising subscriber base.

Hilmi was born to a teaching couple in New Delhi. His father, a left-leaning political science professor at the University of Delhi has been a constant source of inspiration. It is in memory of his father late Zaheer Masood Quraishi that his organization, ZMQ Software Systems is named. He imbued Hilmi with a sense social responsibility early in life.

Hilmi went to Moscow to pursue a Master’s degree in Computer Application. Due to a financial crisis he sold his jacket to meet his expenses as a student. He also remembers waiting for hours outside public telephone booths to make a call to talk to his parents in Delhi. These experiences made him realize how critical it is to communicate without delays. Hilmi completed another Master’s degree in Applied Mathematics from the Georgian Technical University (former USSR, affiliated to Moscow State University). This powerful combination of computer science and mathematics has helped Hilmi become a master at developing software games.

In 1998 Hilmi quickly returned to India due to his father’s sudden death. In 1999 he started software game development with his twin brother Subhi Quraishi.

His first computer game was launched in his former secondary school in Delhi. When it was received well by the students, he distributed it to all the schools in Greater Delhi. The overwhelming response was an inspiration and he became a full-time social entrepreneur; continuing to develop education/entertainment games for the masses.

ZMQ Software Systems is a member of the New York based, Global Business Coalition, which recognizes the excellent work of organizations working in the area of HIV/AIDS, tuberculosis, and malaria. Hilmi also won the Changemakers Competition in 2007 for his innovative mobile game on HIV/AIDS.