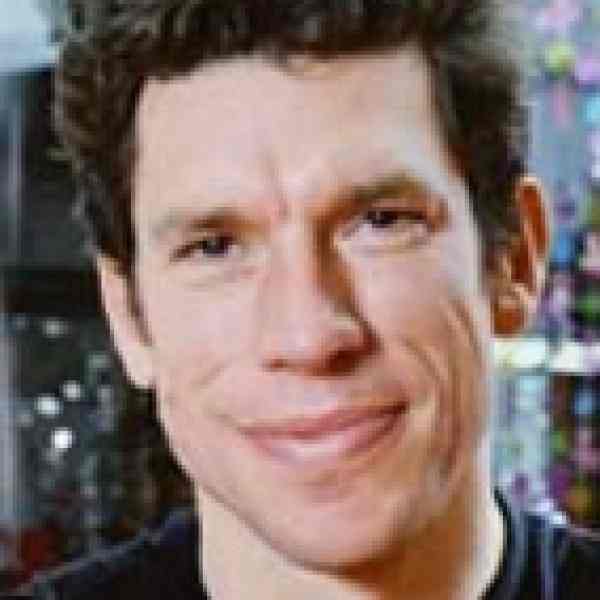 Charles-Edouard Vincent promotes economic citizenship and new alliances to transform the way France responds to homelessness. Based on his work in Paris involving a wide range of stakeholders—from social organizations to corporations to the relevant French Ministries—he has invented a more effective and integrated model to engage homeless people through employment in order to tackle the deep-seated issues that initially led them to live on the streets.

Charles-Edouard’s critical insight to transform homelessness in France is that we must incentivize people to begin to change their own circumstances. Charles-Edouard’s flexible framework offers a homeless person access to paid part-time work, offered in hourly increments each week, and ranging from one hour, two hours, four hours, part-time or full-time. Unlike existing social employment companies, this model is not contingent on a weekly or 24-hour per week contracts that discourage participation. Instead, it considers the individual’s condition and capacity as the starting place, which lowers the barrier to entry for the homeless. In the beginning, a person may work only a few hours per week, but this “social employment” system economically empowers fragile men and women living on the streets to become agents of change in their own lives and become progressively reintegrated into society. Charles-Edouard believes that employment represents an important first step in regaining full economic citizenship.

Charles-Edouard uses “street” social workers as the levers to spread the impact of his idea. Previously only able to offer short-term charitable help by serving a hot meal, care or shelter for the night, Charles-Edouard redefines a street social worker’s work to become professional recruiters. Equipped with a new job opportunity tool, street social workers are also empowered to systemically solve the issues faced by the homeless. Not only identifying potential workers, these social educators chaperon the homeless during the early stage of their employment, provide reassurance, build trust, and support their regained pride. The social worker and the homeless can together set processes in motion to improve the homeless person’s life; with access to housing and care, awareness of better hygiene, tackling drug or alcohol addictions, and even solving administrative and legal issues that hinder full economic citizenship.

Through his holistic approach, Charles-Edouard is integrating across previously isolated stakeholders. He has set up unprecedented collaborations and shared protocols to transform the whole system of support for homelessness. Charles-Edouard has pioneered an assessment tool to measure impact in a holistic way: a multiple-entry software to track the impact of coordinated efforts on a person’s situation (i.e. job, housing, and health). He then developed innovative collaborations between various actors in the social sector—street workers, emergency shelters, addictions centers, and psychiatric services—and created the first shared protocols across social actors at the relevant French Ministries (i.e. Social Welfare, Housing and Health). While simultaneously spreading his work at national scale Charles-Edouard is also facilitating the expansion of his idea by other organizations.

Since the economic crisis in the 1970s, France has experienced an increase in economically and socially vulnerable citizens. There are 150,000 documented cases of homeless people known to live on the streets or in makeshifts shelters, receiving only partial assistance to eat well or to find a decent home. Thousands more are not even visible to society and fail to be counted. The unemployment rate of these persons rises up to 70 percent, excluding them from society. This dynamic of exclusion creates a vicious cycle of loss of identity, poor hygiene, and other detrimental barriers to employment. In France, many citizens are also on the verge of homelessness, vulnerable to living life on the streets. Indeed, 8 million live under the poverty line, including 3.6 million people who do not have stable housing situations.

Homelessness is not only a problem of housing, making it particularly difficult to improve. In fact, most homeless people also experience unemployment, poor hygiene, malnutrition, alcoholism, drug addiction, mental disorders, loneliness, aggressiveness, and poor access to rights and benefits. According to the assessment tool developed by Charles-Edouard, the majority of homeless people contend with more than eleven difficulties at once. Despite this complex dynamic, the current support system for the homeless solves only components of the problem. Social service organizations such as the Red Cross or Emmaüs, social entrepreneurs, and public policies may help to tackle the housing issue or hygiene and access to care, but their lack of coordination drastically reduces their impact. What is missing is a crosscutting approach and improved coordination between stakeholders so that an individual homeless person’s full life conditions are affected and improved.

The current solutions aimed at solving homelessness do not consider the economic levers needed to holistically reduce homelessness and break the vicious cycle of exclusion that persists for homeless people. When a person is living on the street and lacks clothing or proper hygiene, it is difficult to offer him/her a job or housing because the homeless person does not have economic power. Existing approaches also rely on emergency and short-term solutions for homeless instead (i.e. finding a home for the homeless for one or two nights offering care only when they are sick) and do not focus on developing a long-term solution. Even existing social employment companies that offer transitional jobs toward for excluded people, fail to hire homeless people. Dependent on public subsidies, they must show direct results in terms of employment. Because of this misaligned incentive structure, they select people to hire they can guarantee will get a “normal” position after one year. Homeless people do not often fit into this category. In addition, insertion jobs are offered under contracts of a minimum of 24 hours a week, which is unreasonable and unsustainable for homeless people’s reintegration, given their fragile state and need for progressive reintegration.

In 2007, after working for one year with the group Emmaüs, the French equivalent of Good Will, Charles-Edouard became frustrated by the lack of economic incentives in the assistance system for the homeless. He decided to launch his own innovative solution to make employment a lever of social reintegration for homeless people. He has sought to demonstrate that, in spite of all their challenges, the homeless possess the desire to be employed and improve their life conditions. Charles-Edouard conceived a step-by-step work system for the homeless, with a possibility to work 1, 2 or 4 hours a week, until reaching the capacity to sign a 24-hour contract and get a full-time “insertion” job. To do so, Charles-Edouard has created a chain of second-hand stores where diverse types of goods are collected, sorted, renovated, and then sold. The key advantage of this activity is to offer a larger range of jobs, thus enabling homeless workers to find an occupation that is adapted to their abilities. To target and accompany the right people, Charles-Edouard created a network of street social workers who identify and develop special bonds with the homeless who then become their clients and improve their confidence to return to work. Today, the company offers 100 insertion positions to carry out the mainstream activities, while about thirty homeless people irregularly work on demand. In two years, 95 percent of the homeless that have used the “hourly work system” have managed to sign a job contract of at least 24 hours (weekly), and 84 percent of the homeless employees are now stabilized in the structure.

Charles-Edouard has built his system on unprecedented partnerships with social workers and public institutions to enable a long-term and integrated follow-up of the homeless. By setting up a new set of metrics and creating team-of-teams collaborations, Charles-Edouard shifts the way professionals work and enables greater professional and personal impact for the homeless. The evaluation tool he has invented highlights, for the first time, the progress of a homeless person across nineteen criteria which includes employment, housing, health, legal status, and administration topics. Each homeless person in the program is rated according to the nineteen criteria every three months as a way of pinpointing where collaborative services need to be improved. This system of regular, global measurements highlights the positive, systemic impact of employment on all the other criteria that are necessary for social integration. Charles-Edouard can then rely on this new perspective to emphasize the need to change the insertion system in France.

To scale and sustain his solution, Charles-Edouard seizes opportunities with private and public partners to launch activities that fit three objectives: employ homeless people, generate income to cover additional related costs, and are useful for poor populations. Indeed, based on the success of his first shop, he has convinced the City of Paris to make a commitment to provide facilities for a chain of ten second-hand stores under the brand Bric à brac until 2014, in order to meet the challenges of employment, local community life, and waste recycling. At the same time, Charles-Edouard collaborates with top private companies to develop new businesses with economic potential while also creating social impact by offering goods and services to poor populations. He has set up a social project with the French telecom operator SFR to sell low-cost prepaid phone cards. Already 1,300 underprivileged and often in debt persons have benefited from this initiative and the system is now being replicated nationally. As a result of a partnership with a French supermarket chain, Carrefour, Charles-Edouard is creating the first furnishing Bank to sell low-cost home equipment to low-income families.

Charles-Edouard grew up in the South of France and practiced professional long distance skiing for more than ten years. He used his stamina to work harder than his peers in school and qualify for entrance to L’Ecole Polytechnique, a prestigious French engineering school. Spending a year at Stanford led him to work for an Internet company, and launch the subsidiary of an American start-up in Europe that ultimately failed. In 2001, he decided to step away from his experience and went to Africa with his wife, where they spent time living in remote villages. He came back enriched by powerful human encounters. Charles-Edouard returned to Paris and went to work for SAP while volunteering in soup kitchens. He also became actively involved in social organizations fighting against exclusion—he even slept on the streets with the homeless once a month and, through this process, met Martin Hirsch, previously the head of Emmaüs France, the largest charitable network to help excluded people.

In 2004 Martin convinced him to leave his job at SAP to join Emmaüs and work on a series of recycling projects. In 2007, Charles-Edouard was moved by a protest movement, “Occupation of the Canal Saint-Martin” that drew the attention of civil society and the government to the plight of homeless people. He joined the movement and learned a lot about their problems. In 2009, Charles-Edouard left Emmaüs to launch his idea of gradual, part-time work for the homeless. Using the skills he had acquired, he created his start-up with the support of Martin Hirsch and called it Emmaüs Défi, out of respect for Martin’s continued influence on his life.

Charles-Edouard is now a dynamic entrepreneur. He keeps innovating while encouraging other organizations to implement his idea. As an example, with Charles-Edouard’s help, the City of Paris has chosen the idea of “hourly work” and facilitated its implementation with other social organizations working with homeless people. With Paris as a pilot, a common strategy in France, his aim is to spread his model to other cities. By creating new protocols at the level of ministries, Charles-Edouard strongly believes that a new model to tackle homelessness can emerge and create systemic change.