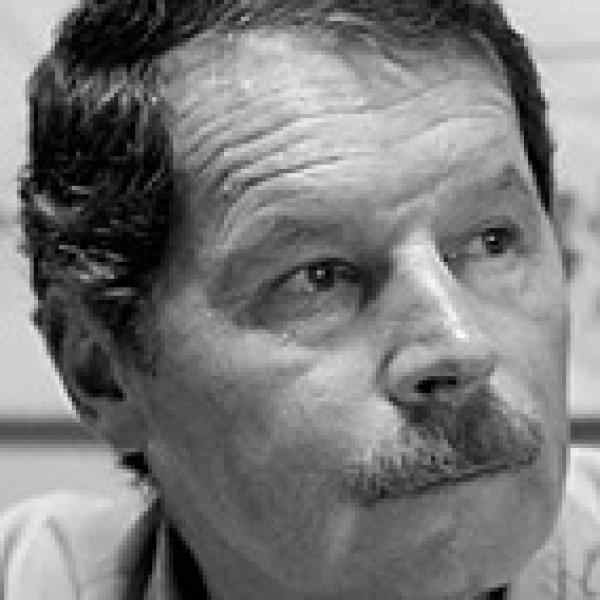 Through his Solidarity Network, a telephone hotline that operates 24 hours per day, seven days per week, Juan Carr is responding to a wide range of social problems while at the same time building a culture of solidarity and volunteerism in Argentina.

Juan Carr has created the Solidarity Network, a new spin-off of the traditional telephone hotline. Whereas traditional hotlines tend to provide counsel or services around specific issues, Juan's hotline acts as a bridge between those who need any type of help and others who are equipped to provide it. Armed with a cadre of over 100 volunteers who work three-hour shifts, the Network takes on the entire gamut of social problems as they arise, ranging from domestic violence to cancer treatment to flood assistance. After listening to the caller and assessing his or her needs, the Network volunteer links the caller with the appropriate agency or organization that can help.

For instance, when a mother calls and needs medicine for her sick baby, the Network volunteer calls up the local hospital or clinic and has them send the medicine immediately and directly to the mother. When a homeless shelter calls asking for extra blankets and food, the Network sends out the request through the newspaper, radio, and television, and the response is enormous. This "hands-off" approach to solving social problems allows the Network not only to maximize their number of cases, but also to tap into the vast and often unused reserves of human compassion, and create opportunities for direct encounters between strangers who would not otherwise have become involved in each other's lives.

Despite Argentina's successful recovery from dictatorship and the restoration of political democracy, persistent social ills remain which the government and private sector have either neglected or been unable to resolve. For example, 100,000 Argentines are carriers of HIV; 66,000 are diagnosed annually with cancer; and 15,000 rural schools lack adequate materials and working conditions. The quality of life of tens of thousands of Argentines is undermined on a daily basis as the country's institutions fail to address its pressing social problems.

Moreover, as economic inequalities force a deeper chasm between social classes, ordinary citizens, rich and poor, have little interaction with one another. The middle class remains isolated from the afflictions of the poor, and has little opportunity for altruistic intervention. The solidarity that arose in resistance to the dictatorship, or in response to the Malvinas War, remains intact but has little outlet for action. Without such an outlet, Argentine society has been unable to establish bases upon which broader responses to social problems can be constructed.

Juan's Solidarity Network provides this much-needed outlet through a very simple yet effective mechanism: the telephone. By linking up callers who need assistance with the organizations that can provide it, via a dedicated network of hotline volunteers, the Solidarity Network confronts social crises, both large and small, and promotes a culture of solidarity. The Network's volunteers come from all walks of life and professions, including teachers, lawyers, social workers, and retired people. Each volunteer answers the hotline for three hours at a time, and the calls are transferred to his or her home or office.

Despite its small headquarters in the bowels of a local soccer stadium, the Network has already had an enormous impact. In the two years since its inauguration in Buenos Aires, the Solidarity Network has answered nearly 50,000 calls. Daily, the Network receives an average of 100 calls, 60 percent of which are calls for help, two to three of which are urgent. The remaining 40 percent are calls from volunteers offering their services. Each non-urgent call is recorded by the on-call volunteer, who then passes on the list to the Network's administrative team. The volunteer administrative team meets once a week to review the calls, consult the Network's comprehensive database of organizations, and allocate responsibility. The urgent calls are dealt with immediately by a team of three experts, including Juan.

In addition to the servicing of daily needs, the Network launches media campaigns to address particular social problems. For instance, through regular radio appearances and a weekly newspaper column, Juan and his colleagues collected hundred of sweaters and coats to help poor families combat the winter cold. They raised over $350,000-one dollar each from 350,000 Argentines-to finance a brain tumor operation for an eleven-year old boy. In a 25-day Solidarity Recycling campaign, they collected medicine for over 1000 cancer patients from families who had leftover medicine from already deceased relatives.

Juan's short-term goals for the Network are three-fold. First, he plans to expand the Network's model to the interior of Argentina, including the cities of Córdoba, Salta, Bariloche, and Mendoza. He hopes to deal with each community's needs locally and then refer particularly difficult cases to Buenos Aires. Second, in order to facilitate this expansion and build the Network, Juan has developed a volunteer training program that recently received funding from the Kellogg Foundation. Within this program, volunteers will attend eight topical classes focusing on each of the main issues the Network addresses, such as domestic violence or emergency medical care. They will also be trained on the telephone and make several site visits before receiving their volunteer certification. Finally, Juan hopes to expand and computerize the Network's constantly growing database of information, so that volunteers in Mendoza will have access to the same information as their counterparts in Buenos Aires.

Beyond his native Argentina, Juan plans to spread the Network to neighboring Paraguay and Uruguay, both of which have expressed serious interest. In his typically energetic and far-sighted manner, he also predicts expansion into Chile, Brazil, the rest of Latin America, and, if he still has time, the world.

As an only child whose father left home when Juan was only two years old, he found instant companionship and inspiration through active participation in the Scouts. During his seven years as a Scout, Juan began to espouse and to practice the Scout edict of community service. As a student at Catholic school, Juan learned to combine spirituality with social responsibility. During this time, he volunteered on a project that brought literacy training and health education to Formosa Indians.

Juan's dedication to serving and helping others continued when he entered university. As a result of his love for animals and the natural world, Juan studied veterinary medicine. While at the university, Juan helped organize an effort to get homeless people out of the cold, as well as a program to treat indigenous lepers in northern Argentina.

Now married with four children, Juan has been working as a veterinarian and high school biology teacher for the past thirteen years. Although he enjoys working with animals and broadening young minds, his contagious energy and relentless spirit of hope pushed him forward and encouraged him to combine his passions in creating the Solidarity Network.

A great believer in family, solidarity, and the strength of human compassion, Juan's vision for success is simple yet poignant: "In the country I dream about for my children," there is no suffering. This vision is the product of years of helping others and of the hope that, within his lifetime, the world will be a better place.