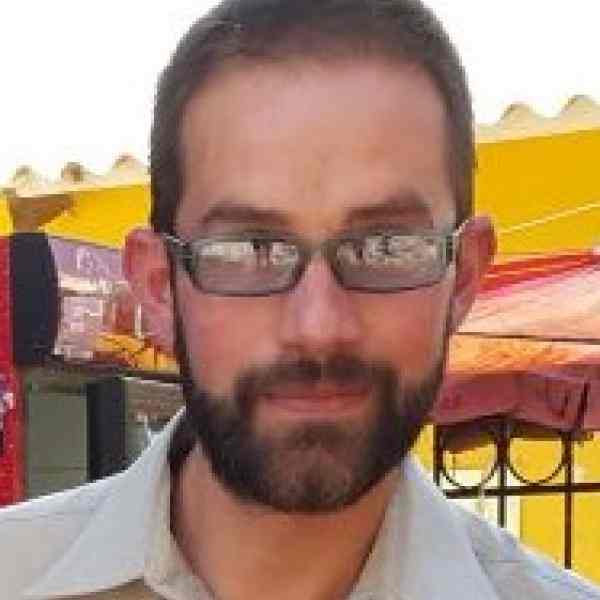 René transforms the prison system, from a repressive system to a system that provides opportunities. René considers the early reintegration and rehabilitation of women prisoners starting with the acquisition of skills to develop their lives independently and without relapsing, under a social business model for financial self-sustainability and productive reintegration while women serve their sentence, and ensuring sustenance after leaving prison.

René created a Social Enterprise model where women prisoners are partners. This way, he turns prisons into production centers that improve the quality of life and generate a number of benefits for prisoners, their families and the penitentiary center (medical and psychological health and economic compensation). This way he strengthened the development of the families of women prisoners as an emotional grip that facilitates the reintegration process.
René effectively prevents crime recurrence, creates productive capacities and develops psychological techniques for personal wellness that through work, allows women prisoners to have a new positive connection with the outside world. Not only production keeps them busy, but it gives them a meaning of life, human growth and empowerment. The developed activities and tasks at the penitentiary center by women emerge according to their own needs and abilities.
René differs from other initiatives of social and labor reinsertion of prisoners since it eliminates welfarism. René went beyond the traditional prison training, since social reintegration begins in prison, and empowers not only these women but also their family members who also receive economic benefits. René creates an innovative model of containment and continuity, which restores the rights to work, family, health where inmates, from prison, are already productive, and not satisfied with this, René guarantees that it continues this way when released. René has given the model "Freedom Bread" to the Penitentiary Regime -main public entity of the prisons in Bolivia- and a commitment to support René in its replication in other prisons was created, which ensures the systemic change that could also be replicated in Latin America.

In Bolivia there are 15,200 convicts in Bolivian prisons; in penitentiary centers that do not have enough resources to keep the appropriate conditions of health and wellness. Inmates do not have guaranteed their rights to health care, nor have the appropriate facilities for hygiene and habitat. They do not even have conditioned beds or bathrooms, eating or cleaning appliances, not even common areas for recreation. 80% of the inmates are in preventive quality and, in average, must wait more than 5 years to obtain a final verdict. Women prisoners are the most affected. There are 9 women's prisons throughout Bolivia, where about 1,500 women, in addition to the inhumane living conditions, suffer society’s stigma and the abandonment of their own families. Without resources or support, more than 70% of the inmates cannot even afford the services of a lawyer.
More than half of the detainees are repeat offenders, which means that of 10 inmates, 5 return to prison. Prison laws in Bolivia (Law 2298) approach rehabilitation and social reintegration in a totally superficial way and do not have the strategies to strengthen the capacities of prisoners. Traditional rehabilitation programs do not take into account the needs of prisoners, or the possibility that even inmates can positively contribute to society. Ex-convicts, and especially women, are rejected and have no access to formal employment opportunities, which leads them to continue a life of crime either for leisure or need for themselves and their families.
9 out of 10 female prisoners live in situations of extreme poverty, have native ancestry and have suffered throughout their life stories of cruel abuses of domestic violence by their relatives or spouses. And the majority have faced experiences with drug and alcohol abuse. The average number of an inmate’s family members is of 5 people, and usually women are the financial providers, even when they have not finished school, lack employment opportunities not have a job that allows them to earn an income (70% of detainees lack high school). Most women prisoners are charged for drug trafficking (75% of female prisoners) followed, secondly, by scams. Very few are punished for murder. In Bolivia, it applies that for two days of work one day is reduced from the sentence, and even if it could generate value for the penitentiary center and for the inmate herself, there are cases where a woman weaves fine pieces of clothing and the next day she undoes them to re-make them and prove her productivity a situation that generates no benefit or help for anyone.

When René was a teenager he experienced the difficulties of having his father in prison, living in deplorable conditions. After serving a 5-yearsentence in the San Pedro prison (La Paz), René’s father, through honest work, was able to recover himself economically and support his family, even when he suffered many economic, emotional and social stigma difficulties for being an ex-convict. This is how René’s empathy and sensitivity towards prisoners started a young age and his main source of motivation was the story of his father’s social reintegration, who has since died.
At the age of 23 René graduated in psychology. The first time René worked with prisoners was during his first professional practices in the ‘Miraflores’ prison. He generated bonds of trust, after promoting for the first time in the history of the prison celebrations and integration between inmates and their families. This way he began individual and group therapies which he continued voluntarily after ending his internship. With his work he inspired other 6 volunteer psychologists to join the cause.
After 3 years as a volunteer psychologist in several prisons throughout Bolivia (La Paz, Cochabamba and Santa Cruz), René observed the shortcomings in prisons and in 2003 created his organization Seed of Life to solve from the root inhuman living conditions of prisoners. He articulated volunteer psychologists, prisoners and empowered family members and began to develop projects in the area of education, health and infrastructure that continues today. In 2005, the Ministry of Government summoned him to be the psychologist of the ‘Miraflores’ prison Center, and concluded that from the public sector the process is slow and bureaucratic, rather than empowering prisoners or implementing solutions and innovations, thus, putting obstacles on new initiatives. So he decided to devote 100% to his organization, do a more effective work and provide a role model.
To know in depth without prejudice or stigmas the situation of prisoners in Bolivia and their leadership and entrepreneurship skills, René is considered an expert in the area of prisoners’ human rights, and thanks to this he has been a consultant and advisor in different initiatives of the civil society and government institutions. Such is the case of the alliance he had with the organization Citizens Rights Training (CDC) of Bolivia, which trains inmates, with whom René shared tools and methodologies on his prison experience.