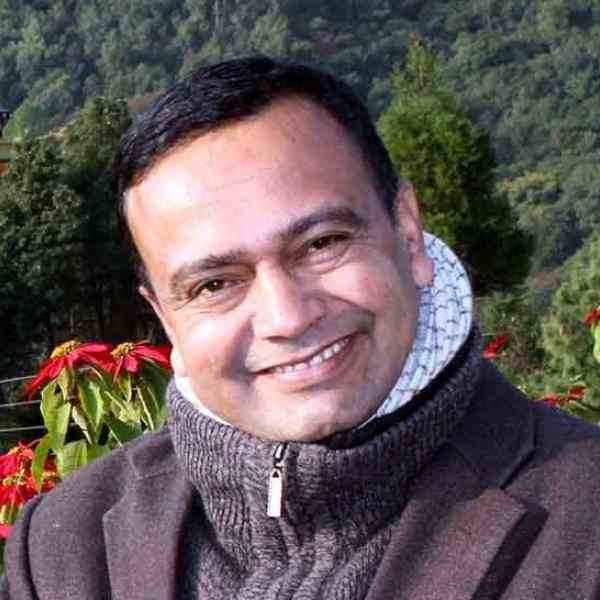 Matrika believes that the voice of the mentally ill is most powerful when voiced by them.

Matrika is breaking the silence and stigma associated to mental health by empowering those who have experienced mental illness first-hand, and have recovered from it, to be the self-advocates of their own rights of non-discrimination in communities, effective, holistic and government healthcare, and economic independence.

The mental health self-advocates are the living proof that mental health care is possible, as long as it is multi-disciplinary and holistic. Their stories are most powerful when told by themselves.

Koshish, founded by Matrika, has created a decentralized model for care by utilizing already existing government structures, such as awareness programs, peer support models and disability allowances through Social Welfare Ministry, and building psychosocial capabilities within the local Primary Health Centers to provide holistic care to the mentally ill.

By linking existing government structures to provide holistic care, as well as other disability citizen groups, and enablig mentally ill who go through his model for care and advocating for their own rights, Matrika is paving the way for a decentralized, scalable, multi-disciplinary, government mental health care system that answers to its beneficiaries’ needs of basic human rights and economic independence.

Matrika’s strategy to break the stigma and “incurability” belief towards mental health is through empowering the voices of the mentally ill through holistic model for care and providing them the platform to self-advocate for their rights in healthcare.

As an organization, Koshish is the first mental health organization in Nepal whose management is led by the beneficiaries themselves, the mental health “self-advocates”. By founding Koshish, Matrika is providing self-advocates the platform, legitimacy of being the voice of the mentally ill, and the capacity –through their staff and programs- to be the voice of mental health and lead, organize and participate in public advocacy efforts in families and communities, and at the highest levels of government.

Holistic health care is a multi-disciplinary approach of care and has been established by the WHO as key to a successful management of a mental illness. Holistic care begins with diagnosis and medication, but is primarily focused around psychosocial rehabilitation such as therapy, counseling and family or peer support. Mental illness is a disability and causes long-term unemployment and thus the inclusion of livelihood programs in holistic care models.
The multi-disciplinary aspect of holistic care is particularly difficult to advocate for, given the enormous and multi-lateral effort needed from the government to implement such a model. For that reason, much of the public advocacy is geared towards the inclusion of mental health in existing government systems that can provide the different elements of holistic care: from medical, psychosocial, peer support, reintegration, to livelihood opportunities. With inclusion of mental health, Koshish is linking together district-level government programs with Koshish’s mental health treatment capacity (counselors, social workers, and self-advocates) and NGOs working with people with disabilities to create a model that is scalable through the current system.

Successful public advocacy in Koshish’s early years led to the prioritization of mental health care in the human rights dialogue with the National Human Rights Commission, the health care dialogue with the Ministry of Health, the disability dialogue with the citizen group coalitionNational Federation of the Disabled, and gender violence and social welfare with the Women, Children and Social Welfare Ministry. The Ministry of Health, and the Women, Children and Social Welfare Ministry have presence in all 75 districts. Koshish has partnered with each of these to cover different elements of holistic mental healthcare to those suffering from the most extreme as well as milder forms of mental illness.

People who are suffering from the most debilitating form of mental illnesses, chronic psychotic diseases (i.e. refractory diseases) such as schizophrenia, chronic bipolar, psychosis, and unipolar depression are most vulnerable to abuse and discrimination and more prone to being abandoned or chained for years. Koshish rescues people in these cases and provides them with short-term shelter at a Koshish Transit Home and basic bio-psychosocial treatment, which is a combination of diagnosis, prescription, counseling, and diverse therapies. Transit Homes stabilize the patient’s illness and enables them to begin taking ownership of their own recovery; the first step of the holistic care process.

For the larger segment of people experiencing milder and more common forms of mental illness such as anxiety, depression, insomnia among others, Koshish partners with the district arm of the Health Care system, the Primary Health Centers (PHC), and builds psychiatric, counseling and therapeutic capacity within the PHC to provide Out-Patient Treatment (OPT). With diagnoses, medication and basic counseling, these patients can also begin to take ownership of their recovery.

In both of these cases, long-term support to continue medication and counseling is needed. However, the stigma and discrimination within their families are communities remain a crippling factor in self-managing their illness. Koshish’s staff and self-advocates partner with the Children, Women and Social Welfare Ministry (CWSM) to organize peer-support (self-help) groups and launch community outreach programs to create sensitization and the care support structure.
The CWSM provides Koshish with funds, venue and their insights for support. Koshish staff and self-advocates facilitate the peer support groups to enable self-help and self-management, and lead the community outreach programs, which include awareness efforts, meeting with families of mentally ill and their neighbors, and other reintegration efforts. Peer support group members are encouraged to participate in these outreach programs.
Self-advocates and Koshish staff lead these efforts creatively, through documentaries, story telling, musical and drama performances, poetry, speeches and more methods they create to communicate and share their powerful stories of recovery from debilitating mental illnesses. These are the initiatives they conduct in the communities they work in, Bhaktapur and Lalitpur.

To support awareness and outreach efforts, Koshish staff creates weekly radio segments to discuss mental health issues with their partners, relevant politicians and the self-advocates. Koshish has partnered with 31 radio stations with the largest reach for broadcast; their segments reach 71 of the 75 districts in Nepal. They align radio program with current policy issues affecting mental health and bring the voice of the mentally ill through story telling, interviews, and performances.

Finally, Koshish partners with the CWSM and the National Federation of Disabled to include the mentally ill as recipients of Disability Social Welfare allowance and livelihood programs for women, children and disabled – which now includes mentally ill. Koshish independently also provides seed funding for mentally ill to start their own ventures.

Through this multi-disciplinary and multi-lateral approach to care, Koshish created a localized and holistic model for care that is scalable by including mental health in current government programs of health, awareness, and social welfare that are accessible in all 75 districts of Nepal. The mentally ill who have access to this care have been able take ownership of their illness and recovery, work for a living, and lead independent, fulfilling and dignified lives.Those who have succeeded in achieving independence and self-management of their illness are invited by Koshish to become a right-holder in the organization and further their efforts by sharing their stories publicly with families, the communities, and the highest government officials.

By being the voice of mental health, self-advocates and Koshish are de-stigmatizing mental health and bringing it at the forefront of Nepal’s social issues dialogue. Matrika’s efforts led to the inclusion of Mental Health as a National Health Priority in the 2010 to 2015 National Health Sector Reform Plan. In the 2016-2020 plan, Koshish members have been invited to advise the technical team drafting the budgets and activities of the Health Ministry.

Koshish’s direct service efforts have succeeded in rescuing and reintegrated 300 people with chronic mental illness with a 90% success rate. Through their Out-Patient Services in Bhaktapur and Lalitpur districts, they have provided holistic care to another 600 patients. Their awareness and de-stigmatization efforts have empowered those whose voices were silent to come out and seek care. OPT services that were receiving 5 patients a week in relation to mental health care now receive close to sixty. Matrika efforts in including mental health within existing government welfare programs, capacity building within the local health care system, and their linkage with the National Federation of Disabled is paving the way for a public private partnership model for mental health care that is holistic and scalable to all 75 districts of Nepal

From a very young age, Matrika was ambitious, disciplined and successful in his studies.

At the age of 15, however, Matrika started feeling symptoms of tiredness and hopelessness, and experienced random episodes of fear and paranoia-- he became physically and mentally ill.

It took 10 years for Matrika to be diagnosed with unipolar depression, a chronic psychotic disease with long-term needs for care, and another four years to be fully independent.

Faced with insults and discrimination from his community, Matrika would “wait for the dark” every day to avoid exposing himself. Traditional healers proved ineffective, and his isolation from his community and peers closed all doors for help or understanding of his illness.
Even after he received his diagnosis, at 25, Matrika took four years to successfully self-manage with his illness and work a full-time job. Matrika recalls the high reliance on medication only worsened his symptoms. He only found improvement when he met a psychiatrist that combined medication with counseling. He recalls how his mother was the only other person who would speak to him, and she played an important role in supporting him and his treatment.

Matrika promised himself he would commit the rest of his life for the mentally ill. First, however, he needed to focus on his own recovery and his family’s sustenance.

After working 6 years in a well-paying job, supporting himself and family while living with his illness, Matrika’s father passed away.
By then, Matrika had saved enough money throughout the years to sustain him self and mother for some time.

He quit his job and for two years he volunteered in the mental health field, where he discovered many more who were suffering from the same discrimination, high drug-focused care and hopelessness he had for 14 years. They were voiceless, without a community that supports them, or a system that could care for them.

In 2004, Matrika went to study a Masters Degree in Social Work and began rescuing homeless women who were suffering from mental illness. From his own experience and his studies, Matrika knew that mental health care had to be holistic: it had to involve counseling, the family and the community support, and a way to return dignity through work or other forms of contribution.

Therefore, provided these women with counseling, therapy, and medication with the help of a friend psychiatrist. He shared his story with his patients, and he did the same with their families and their neighbors. He saw how mental illness, which is not as visible an illness as a physical disability, could only be understood empathetically through the voice of those who suffer from it. His story of self-management and ability to be functional with his illness gave families the hope and proof that their loved ones can do so as well, when provided with proper care.

This was the beginning of Koshish and their self-advocacy, and holistic model for care. In his final year of college, Matrika persuaded all students and professors to donate 1 rupee a person for mental health. Matrika raised 3400 rupees, and with them, on the day after his final exam, he founded Koshish: the first mental health organization in Nepal to be owned by the mentally ill them selves.

Matrika is now 45 years of age, lives with his mother, his adopted son -who he rescued and provided care for schizophrenia and is now a Koshish self-advocate, and his younger brother- who is also schizophrenic.