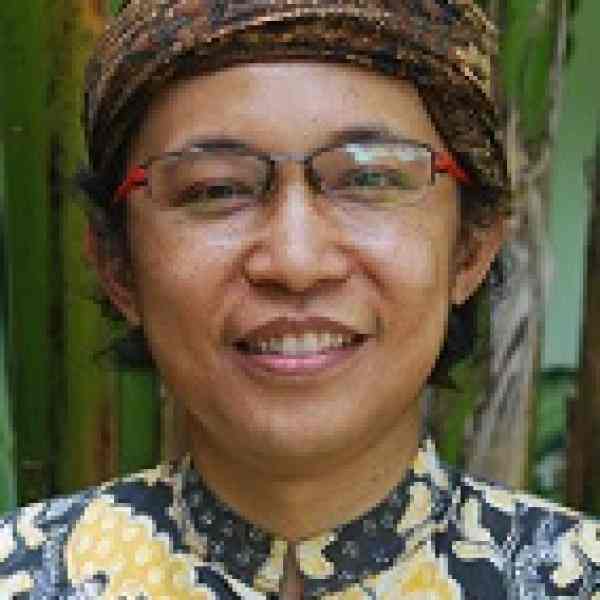 As the popularity of digital games increases with children and education programs do not take play into account, children are missing out on opportunities to develop essential social skills. Zaini Alif identifies and reintroduces traditional toys and games as a way to ensure that the next generations build these skills.

Zaini creatively engages communities to educate and socialize the next generation of leaders through traditional toys and games. He identifies and spreads traditional games as a way to increase children’s empathy, creativity and connection to the environment. Zaini brings together children, parents, local community leaders, and young adults to ensure that children have access to play and get to know children from other villages, hires young people at the margins of society to become instructors, and involves the wider community in traditional forms of play.

Zaini applies a three-pronged approach: highlighting the universal values of traditional games, enabling kids to play in the community center, and teaching the community to produce the games. His approach therefore values Indonesian traditional heritage while taking into account the need for economic sustainability in the community. In order to create wider impact, he works on influencing schools to incorporate traditional games into the school curriculum. As the outcome of his research, he has written books about traditional toys and games and, following his advocacy to local government, the books have been reproduced and distributed to public schools. The Provincial Education and Culture Office of West Java has recently launched the integration of traditional games as an introductory session for high school students, as it is already applied in primary schools.

His Teacher Play Movement, where he transfers the values and the skills of playing traditional games to other teachers, has also been set up. He expects the teachers to develop their Hong (Cooperative) Community in their own area, which will add to the existing 6 communities already established in Java, Bali, and Sumatra.

His work has also been introduced and presented to teachers in other countries. As further development and to back up the movement with data and information, Zaini is developing the Indonesian Toys Museum in partnership with the Bandung Institute of Technology.

Indonesia has already made a lot of investments into education, which led to significantly improved access to newly constructed primary schools. But, according to the 2010 national census, some 3.5 million children—mostly girls, the poor, and other disadvantaged children—remain out of school. Of those who do complete primary school, a large proportion fails to acquire the necessary level of skills. In the sub-urban poor village of Ciburial, Bandung, where Zaini has established the first Centre, for example, many primary school graduates or dropouts engage in illegal activities such as extracting payment from car or motorcycle parking attendants or torchlight rental from visitors in the nearby national park.

The urban poor focus more on meeting daily family needs than on ensuring the children go to school. In former times, children became creative, innovative, socially minded, and culturally rooted adults who were close to their environment through play. Now unfortunately, parents prefer children to be at home and do not allow them to play their traditional games outside or ensure the community provides playgrounds in the neighborhood. At home, children would rather spend most of their time watching television or, for those who can afford them, playing digital games. Many have blamed electronic games for stimulating children and young people to become violent and anti-social. Nonetheless, parents allow them to play these games rather than playing outside with other children.

The education system does not encourage children to play and has not yet focused on raising learning outcomes, especially through play. In the past children learned a lot about science and nature through play. Even though neuroscience research asserts that children gain powerful knowledge, skills, values and attitudes through play, teachers are not using this untapped resource.

Zaini does not dismiss digital games or television but believes that children learn from different things and places, not necessarily limited to in-class teaching. For example, through play, children could find out the direction of the wind by flying a kite, play hand games to establish direct eye contact and understand how others feel, and be conscious of the capacity of one’s arm while throwing a stone. His research identified around 900 traditional games from different provinces in Indonesia, most of which are not practiced any more. He explored these traditional toys and games from oral recollections and written traditions of ancient manuscripts as well as collaborating with local teachers. He then compiled these findings and published books for the wider public about different games, their intrinsic values and purposes, how to play and how to make traditional toys.

But for Zaini, collecting and documenting traditional games was only a means to an end. His goal is for children to acquire key social and motor skills through them, as well as knowledge of themselves, their peers, and the environment. Reflecting on his own childhood, he felt these basic learning needs are a crucial part of children’s character development. The history of his initiative is that in 2003, he started by engaging the children of Ciburial in playing traditional games and making traditional toys. He later mobilized the community to together develop the playground (Pekarangan Ulin) and promote playing traditional games to wider society. Zaini then worked with the media and it helped raise public interest. In 2005, Zaini replicated the idea in the rural village of Subang. In this way he engaged two different communities for children in sub-urban and rural areas that he connected so that they can learn from each other. Children from Subang who were still practicing the traditional games become tutors for the Ciburial children. Leveraging this network, Zaini ran traditional games and toys festivals engaging many more children from different places.

In 2009, the village playgrounds evolved to become Hong Communities (Komunitas Hong), which involved using a community enterprise approach to bring a more active role for the children as well as engaging the wider society. Zaini also learned that engaging adults and parents is essential in ensuring that children get the chance to play. He therefore supported communities to build Hong Communities and develop community enterprises in promoting traditional games and toys while developing community-based tourism. He trained local people to organize events, to operate and to maintain the playgrounds. While initially, all games were facilitated for free, the Hong Communities now charge visitors from outside of the village a fee to sustain the initiative.

The community then manages the revenue gained by the Hong Community. The profit is dedicated to ensure that dropout poor children continue schooling through education loans given to parents and that children have access to healthcare. However, both parents and the Hong Community agreed that the payment is for parents who allow their children to play and or accompany the visitors to play. At least 50 dropout children are back to school.

The initiative also creates job opportunities for the local youth as well as women and wider community members. Zaini trains local youth to produce traditional toys. Some have already developed their own traditional toy businesses. When visitors come to the Hong Community, women open up food stalls or cater for them. They also open up home base lodging for visitors who take an overnight visit. The young people join the Hong Community as instructors for the games or facilitators for the traditional toys workshop. The playground is also used as the community-meeting place for weekly meetings. Zaini has currently engaged 5 communities.

The Government has reproduced and distributed the books to all schools following Zaini’s advocacy to the Governor of West Java Province. The government and different private schools also asked Zaini to train their teachers. Due to the massive interest of teachers integrating traditional play into curricula, Zaini developed the Teacher Play Movement. In the districts where the training takes place, for example, he engages the teachers to conduct local research to identify traditional games in their area. He then trains them about the benefits of traditional games, the community involvement, the enterprise model, and how the overall initiative works. They then decide where each playground will be located. Zaini helps the teachers and the school with advocacy to the local government to gain support. Zaini’s vision is to have at least one Hong Community in each province. He is currently supported by the Creative Industry and the Tourism Ministry.

In order to validate his work, Zaini is currently doing a PhD directly related to his initiative and is working with an anthropologist and a psychologist to document the impact of playing traditional games on children.

Zaini was born and raised in a rural village. The third of five siblings, he is very grateful for the way in which his parents, who are both teachers, raised him and his sisters. He learned a lot about life values and empathy from his parents.

In 1990, he moved to the city of Bandung where he got another scholarship to go to a popular public high school. However, he was very disappointed to find out that his friends were not interested in playing games. He also noticed that in his neighborhood, most children watched TV at home or played Nintendo games alone. Concerned with this, Zaini decided to major in art design at the university to learn how to create toys where children can play and learn at the same time. His choice shocked his family, as at that time being an artist was not popular. Most parents thought it was a profession with no financial future. However, Zaini finally got full support from his father.

During his time at university, he spent most of his time at a neighborhood kindergarten. There he learned about child psychology and found out how playing traditional games could improve motor skills and stimulate creativity. He was also active in student activities. He once led a student initiative to change a room underneath some stairs to become prayer rooms. Due to his limited financial support, he took different jobs while studying, such as selling art design services, stickers, sandals, t-shirts, etc. His father knew that his time in the city was not easy and through letters, he supported him to persevere with life.

After he graduated in 1998, Zaini worked at an industrial toy company where he designed the popular Zolo toy. However, he learned that working in a big industrial company would lead him into a toy machine producer mindset. Even though he was offered a position as a design manager, he decided to quit and set up his own company in Bandung, still with his passion to develop traditional toys for children. His company was successful and even extended to a branch in Bali to make it easy to export. While running his company, he took a Masters degree at the Bandung Institute of Technology to identify different regional traditional games and toys such as games related to the earth, mountains, forests, water or stones.

An inspiration for Zaini was when he noticed that his Balinese staff member spent much of his time praying. When asked about it, he said “When you are still alive now, you pray for others who have died. It will be the same later for me. When I die, others will pray for me.” This was a turning point for Zaini, which moved him to change the direction of his life. He decided to leave his company to do something for others. In 2003, he went back to his home neighborhood and invited the kids to play traditional games. Together with the kids, they set up the Village Playground.

He has turned down an offer to lecture at an Australian University in order to pursue his vision in Indonesia.