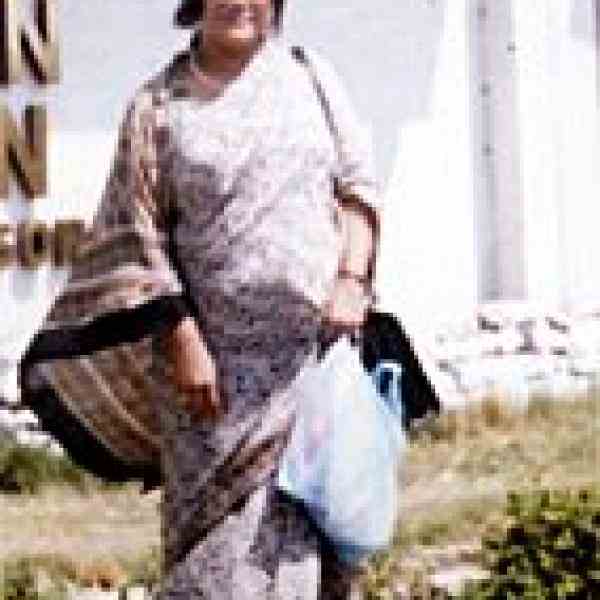 Salma Ali is releasing Bangladeshi women from prison who are being detained without proper trial or due cause, and guiding these women through the difficult transition to the outside world.

Salma Ali is spearheading a legal movement of dedicated volunteer lawyers who are releasing &quot;safe custody girls&quot; from prisons and providing legal assistance to women prisoners under trial. She is the only advocate for these women, who have been put into &quot;safe custody&quot; in jail because they have no family or visible outside support system. Since the court (not the woman) decides that protective custody serves the woman&#39;s best interest, Salma feels that this is a violation of a young woman&#39;s most basic human rights. For those young women whose families she cannot locate, she assists them in finding an independent and secure place in society. She has located a series of transition homes for these girls where they can receive legal and other counseling and participate in training programs designed to promote their economic independence.
Finally, Salma is using her experience to record and analyze information on this previously neglected group of women. During the legal cases, monitoring, survey, and research are conducted in the jails. With this documentation and analysis, Salma hopes to influence policy makers and lawyers to change the laws and conditions that allow young, abandoned women to be imprisoned against their will.

There is a large population of abandoned women in Bangladesh who are themselves victims: they have been physically or psychologically abused by their husbands or other family members; they have been driven from their origins to other regions in Bangladesh and forced to work in brothels; they have been raped and subsequently abandoned by their family. Once they no longer have family support, they are further victimized by the courts. When these young women are found, they are put under protective custody of the state and placed, for lack of other more appropriate facilities, in prison. These women, who have committed no crime, can remain in the prisons for years until they reach eighteen years of age. However, since most of these women do not have access to their birth records and the burden of proving that they are legal adults is put on them, they are often held far past the age of majority.
Because there are no other accommodations provided for these women, such as government hostels, they are kept together with convicted prisoners. This inappropriate and hostile atmosphere, along with the restraints on their free movement, leaves irreparable mental and physical scars on these women. Once they are released from prison, they often fall into illegal activities and live on the margins of society.

First, Salma and her team of volunteer women lawyers interview each detained women. They inform the women of their legal rights and attempt to assess their situation. By completing the necessary legal paperwork and volunteering to accept responsibility for the women&#39;s welfare, the lawyers are often able to convince judges to release the young women into their custody. Once the women are released, they are placed in a private home or a women&#39;s center. Currently, the number of women Salma and the others are able to release is limited by the available places in these facilities. Therefore, she is currently in the process of constructing a separate women&#39;s hostel and training center exclusively for released &quot;safe custody&quot; prisoners. Here women will not only have a safe living atmosphere, but be among others who have lived through the same experiences as themselves. Once the training period has been completed, Salma helps establish the women in jobs and safe, independent living situations.
The research cell of her project will have significant impact on the application of the judicial code for the women&#39;s situation. She intends to do this through research into the conditions and environment of the prisons -- particularly as it relates to the status of women -- the crime rate, the types of cases, and where the released women eventually end up. Salma intends to bring about reforms in the jail code and to change the laws and environment of the prisons.

Salma Ali is an advocate in the Supreme Court of Bangladesh. Her membership with the Bangladesh National Women Lawyers Association has facilitated her interest and involvement in the area of women&#39;s rights. She sits on the board of two women&#39;s self-help organizations. More than her social and professional connections, it is her natural exuberance and drive that have permitted her to gather a group of qualified and enthusiastic women around her.
She has established a number of drop-in legal aid centers where she and other volunteer lawyers educate women on their rights and help them pursue cases of dowry demands, personal abuse, and other matters.