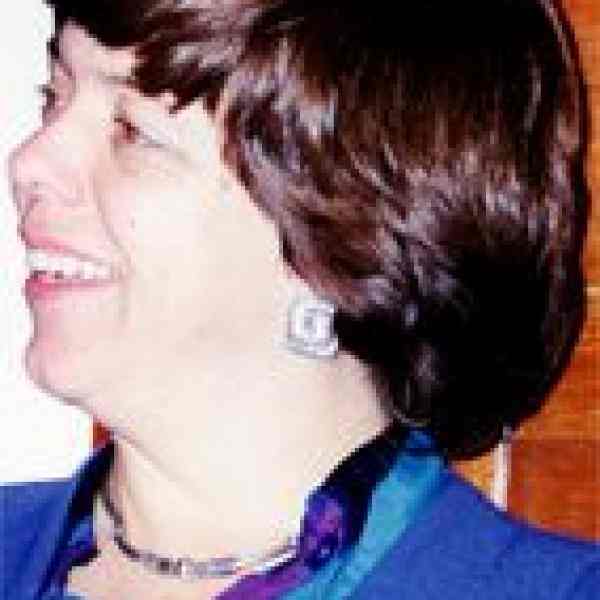 Diana Pombo is a lawyer who has worked on environmental protection for many years. During the 1980&#39;s the international debate about necessary action shifted from the rainforests and biodiversity to include the human settlements that were part of the environment. When the United Nations Conference on the Environment and Development took place in Rio in 1992, the issue of environmental preservation had become politically joined with that of the rights of Third World populations to develop their resources; indigenous peoples became a powerful focus and symbol of this link. Diana understood that unless local communities could themselves benefit from environmental resources there would be no just and practical way to sustain the environment, and that the interrelationship was a fertile new area for the law to move into. She has indeed moved the law in that direction. As a Colombia representative to the General Agreement on Tariffs and Trade (which has been succeeded by the World Trade Organization), Diana participated in securing the requirement that there must be a mechanism through which indigenous people could secure title to their lands in order to be able to negotiate with an international corporation that sought, for example, to mine for tin. Further, Diana is defining a new area of collective intellectual property rights that can be used by indigenous and local communities to protect their collective knowledge as well as their physical resources-through contracts, the language of the market economy. Her concepts of collective property rights have already been adopted as law in Colombia, which was one of the first Latin American countries to enact domestic legal reforms geared to the Indians who constitute only about three percent of its population; in contrast, Ecuador&#39;s indigenous population is 45 percent of the total, and Bolivia&#39;s 70 percent. Diana now encourages other countries in the Andean and Central American Pact to follow suit with laws that protect collective intellectual property rights.
Having helped to put the legal structure in place, Diana is now doing the hard work of building the methods and institutions to realize collective intellectual property rights in Colombia. Her work contributes to the building of civil society in a very basic and necessary way. By bringing the law to the people where they are and showing them how it can work for them, she is developing confidence in the rule of law.

There is no international intellectual property rights system that protects innovations developed traditionally and collectively over the centuries. Within the intellectual property rights system established by the World Trade Organization and other international conventions, patents and other forms of intellectual protection are treated as legally enforceable rights accruing to real or legal specific individuals. Thus, individuals and bio-technology corporations are allowed to secure patents, which provide for exclusive exploitation for a fixed period of time. Patents may also protect refinements and by-products, as well as the process associated with product innovation and improvement. However, community knowledge, developed anonymously over centuries of continuous experimentation and investigation, is not recognized as an innovation from a legal point of view, even though the process is analogous to conventional research and development.Over their history as communities, indigenous and ethnic peoples have collected a shared experience of herbal medicines, folkways, native foods and cultural traditions that First World companies are beginning to discover and exploit. If such collective knowledge is recognized by the law as property, it becomes possible for community members to negotiate their contact with the growing global economy with more alternatives than to sell their trees or allow an oil well to be drilled where it pollutes drinking water or destroys a traditional religious site. But in order to thus act as citizens instead of subjects, it is first necessary for them to understand the concept of legal rights, know the law and have a method to use it.

For close to a decade, Diana&#39;s strategy has focused on educating policymakers, environmentalists and lawyers to recognize the validity of collective property rights. She contributed to Colombia&#39;s 1991 law that recognizes title to collective lands and forms the base for Ashoka Fellow Carmenza Morales&#39;s work. Colombia has also adopted Diana&#39;s concept of intellectual property rights for traditional knowledge into new laws.Diana is now educating and training indigenous and Afro-Colombian communities to understand the concept that some of their knowledge constitutes property, and how to use the new law and the new language of contracts. Her method is to train a network of grassroots experts through her organization, Institute for Environmental Management. Her assistants work with local communities to inventory and register their intellectual properties, which the law requires in order to obtain legal protection. An example would be traditional medicinal uses of the Uñe de Gato, which strengthens the immune system and increases white blood cells.
Through her contact with Ashoka Fellow Carmen Tene, she has begun to discuss what tools the law might offer to indigenous women&#39;s centers of collected traditional knowledge about agricultural practices, weaving dyes or traditional birth control methods. In the local languages, Diana&#39;s assistants help indigenous community organizations in Colombia and other Latin American countries to negotiate representation by Ministries of Environmental Protection, Commerce, Agriculture and Interior. Diana has also begun work with a population known as the Kogi, or the &quot;Elder Brothers,&quot; an indigenous group of 5,000 to 10,000 persons that inhabits the Sierra Mountains and has for centuries refused any contact with the outside world. They are experiencing severe air pollution and threats to their water supply. They are considering whether they will have to establish contact and negotiate with commercial interests in order to survive; she is trying to help them decide how to do that.
Diana recognizes the value of popular support and has captured the imagination of many people in Colombia through public discussions of the new law and the ideas it represents. She has appeared often on television and radio, has published many articles and spoken at national and international meetings to promote public awareness regarding policy and constitutional rights. The public discussion and interest gives policymakers and judges an incentive to enforce collective intellectual property rights and hold public officials accountable.
As her work develops, Diana hopes to facilitate mutually beneficial working relationships between indigenous peoples and companies seeking to develop traditional knowledge. She is also working to encourage greater international acceptance of her collective intellectual property rights concept. Having succeeded in Colombia, she is now encouraging Andean Pact and Central American countries to modify their intellectual property laws and thus provide an alternative framework for existing international intellectual property rights law.

Diana&#39;s activities grow out her broad intellectual interests and social concerns, manifested initially as a leader of civil rights groups during her high school and university days. Her parents were both lawyers; thus, it is perhaps not surprising that Diana is also a lawyer. But Diana is not only a lawyer: she studied architecture at Colombia&#39;s National University, did postgraduate work in urban sociology in France and studied environmental resource management in Germany. Subsequently, she taught at Colombian universities in the fields of architectural theory, urban blight and cultural diffusion.Diana&#39;s activities are focused on legal issues, building on her solid record of environmental achievements and important government and other positions. She has long developed and implemented national biodiversity strategies and other programs aimed at sustainable development, ratification of international environmental agreements, and protection of the Colombian environment, working with Colombia&#39;s Ministry of the Environment and with environmental organizations. She has been in the forefront of national and international environmental efforts, as a delegate, expert, and participant in regional meetings, United Nations conferences and meetings, World Trade Organization negotiations and international summits, including the 1994 Summit of the Americas in Miami. She is the author or editor of numerous papers and analyses, including the 1989 Colombian Environmental Profile. And not only on the environment: her paper on community participation in public space design won the 1985 Corona Prize for Architecture.
Now, by changing the legal framework for intellectual property rights, Diana is transforming her knowledge into sustained political and grassroots activity. In this, she is the architect of another kind of new public space.