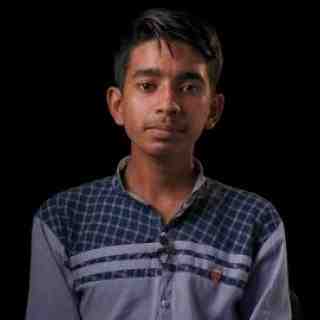 Sanjidul is creating a platform for young people of his community to experience and practice problem solving in order to create self-reliant communities.

Hailing from a remote island in Bangladesh, Sanjidul’s home was submerged during the 2007 Bangladesh floods. Having experienced this travesty and the problems that people living in coastal areas face, Sanjidul formed Upokul Welfare Association – a network of changemakers working on multiple initiatives to address the coastal community needs. Shared challenges from fishing to accessing quality education attract many NGOs to address these problems in his area, but none have been sustainable. However, from a young age, he joined several youth networks of climate crisis activists and recognized the power of young people to be changemakers. Instead of traditional ways of organizing, Sanjidul formed a community-oriented team of young changemakers to work alongside their neighbourhoods and design sustainable solutions for their own challenges. For example, they are providing safety training to fishermen in partnership with the local government, making education more accessible to these fishermen’s children, addressing menstrual health, and igniting action around climate change. Sanjidul has 20 young people in his team who participate in these initiatives in Bhola district, where the team has successfully provided life jackets to fishermen and organized 20+ information sessions on menstrual health and hygiene in schools.

Sanjidul was elected as Sir Fazle Hasan Abed Ashoka Young Changemaker in honour of Late Sir Abed and the key leadership role played by BRAC in creating the Everyone A Changemaker world.