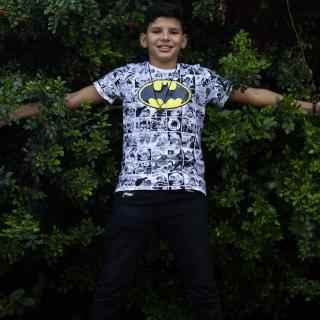 Since an early age, Rhenan’s curiosity peaked in science classes, especially when learning about the environment. One day, his father, in a daily work routine, collided his tractor with a pole, causing an electrical fire that destroyed their family farm, including all the vegetable crops and animals. This catastrophe, according to Rhenan, was the moment he realized he wanted to act of his environmental passion. Motivated by the idea of a sustainable and cleaner world, he organized a team or schoolmates to clear the banks of one of the tributaries of the Araguaia, the Brejinho stream, that cuts through his town. The initial result of their collective work was the removal of nearly 1 tonne of waste from the banks. After years of growing his venture, Rhenan’s team today aims to bring environmental awareness to communities across the Araguatins region. The team focuses their attention on river pollution, combating dengue and leprosy, and mobilizing young people to participate in the International Climate Strike.

Watch this 3 min video on Rhenan's journey as a changemaker