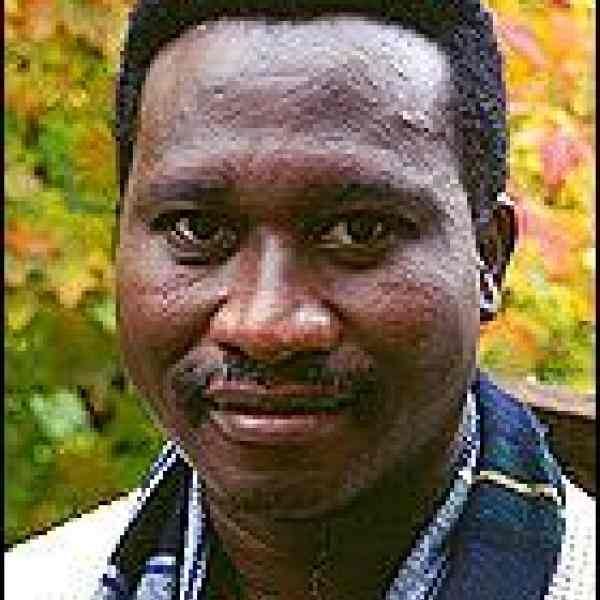 Victor Fodeke is introducing a new approach to achieve grassroots environmental protection. His organization enlists and trains graduating college students registered in Nigeria's National Youth Corps as both workers and role models to motivate citizens to recognize and take action in addressing the various environmental challenges facing their communities. These challenges may include such problems as increasing desertification in the northern states, pollution in the eastern states, the pile-up of litter on many streets and open sewage drains in urban neighborhoods. Dr. Fodeke's decision to use the Youth Corps Members is strategically unique. It provides him with human resource and assists the national government, which is finding it increasingly difficult to provide appropriate placements for the thousands of graduates emerging from the nation's universities each year.Dr. Fodeke believes that efforts must first be made at the village, neighborhood and local community levels to educate Nigeria's citizens about the fundamental importance of the environment and the way it affects their daily lives. The Youth Corps members trained through his organization provide the necessary link to inspire community residents to take action in relation to their environmental conditions. Dr. Fodeke seeks to take advantage of this vast citizen resource and eventually hopes to build on it by creating a group, focused on grassroots environmental action, modeled the United States Peace Corps, with graduates serving their country for up to three years.

Nigeria is plagued with a multitude of catastrophic environmental problems, ranging from air, water and oil pollution, to desertification, land erosion and public sanitation. Most existing environmental projects in Nigeria have avoided practical efforts to address local problems, such as litter, sanitation and drainage, in favor of high-profile campaigns to influence national and international policy relevant to issues such as desertification and oil pollution. Because of this lack of focus on local environmental issues, many citizens do not recognize their responsibility for the environment or how deteriorating environmental conditions affect their daily lives. Therefore, they are not empowered to act responsibly to change these situations. To date, nongovernmental organizations have had limited impact beyond focusing on cases with international implications, such as the removal of toxic wastes dumped in Nigeria by overseas companies. There is little understanding at the local level of easily discernible problems, let alone public support for addressing issues of broad scale ecological collapse such as sanitation and soil erosion.

The key to building a successful environmental movement is strong grassroots organization and support, something at the heart of Dr. Fodeke's strategy. He is tapping the pool of graduating students entering the National Youth Corps, enlisting them to live and work directly with village residents and local communities. His organization, the African Environmental Action Network, trains and orients the graduates by familiarizing them with the principles of community organization and sensitizes them to environmental issues and opportunities for action. Eventually, these active micro-communities can be made aware of how their own situation fits into the larger scheme of environmental issues and thus become the bases for advocating change at the regional and national level. Each student graduating from university owes the Government a year of compulsory public service. The graduates are placed in government, private and voluntary institutions where they work for a small stipend set by the Government. In recent years this program has been abused, providing almost free labor for organizations able to pay good wages.Under a Memorandum of Understanding with the National Youth Service Corps (NYSC) acting on behalf of the Federal Government of Nigeria, Dr. Fodeke established his first project in the Federal capital of Abuja (also his hometown). In Abuja his first priority is to mobilize urban dwellers to clean up the area by removing litter and discouraging people from using the streets and alleys as dumping grounds. "First we will work with them to better their immediate living conditions," says Dr. Fodeke. He plans to add six more project centers over the next three years. His approach includes careful consultation with state, local and village officials to identify and act on relevant environmental problems. At the sub-village level, Dr. Fodeke also trains two members of each community to provide guidance and advice to students assigned to work in their area and to ensure continuity when the Corps members leave.In the northern states, where at least two of his projects will be located, the first priority will be finding practical solutions to encroaching desertification. Dr. Fodeke's interest in tackling desertification as a starting point stems from a project he undertook in the northern state of Sokoto three years ago. In that project village resources were used to store rainwater underground and distribute it to trees during the long dry season. Dr. Fodeke's success with storing rainwater is a key element in his approach to attacking desertification from the "grassroots perspective." He is convinced that desertification and indeed many other environmental problems can be permanently addressed if it is done village by village, community by community&#150;by people who can be shown it will work from a technical standpoint and have a financial stake in the outcome. As the project placements expand beyond the northern states, the types of issues will change depending on the local situation and context. For example, Dr. Fodeke is also grooming a group of Corps members to work in the east, where pollution is a major concern. True to the principles of community organization, his project, works with the graduates to identify the real issues of the communities where they are placed and concentrates on making sure that the volunteers are accepted and integrated into the local communities.His organization finances the student volunteers through stipends provided by the National Youth Corps and in-kind contributions and other support from state and local governments. To secure the sustainability of the project, Dr. Fodeke is working to broaden the organization's financial base of support to include private groups. As important as the projects themselves are the lessons that such efforts teach the next generation that will lead Nigeria. If they can be shown that difficult environmental problems can be addressed with a collective effort, it will bring citizens closer to the time when an appreciation of the environment can generate broad public commitment, laying the groundwork for a sustainable base for popular environmental action.

Dr. Fodeke has a Ph.D. in marine biology from the University of Benin and was a Fulbright Exchange Fellow in 1988-89. He served for fifteen years at Nigeria's Federal Environmental Protection Agency (FEPA) where, among other things, he advised the senior officials on how to secure a commitment for the removal of illegally imported toxic waste. Dr. Fodeke has managed a wide range of projects involving clean-up and conservation while serving at FEPA offices in various parts of the country. His recognition of the imperative of local community environmental action drove him to leave his government post in frustration in 1994 and actively pursue his student mobilization strategy.