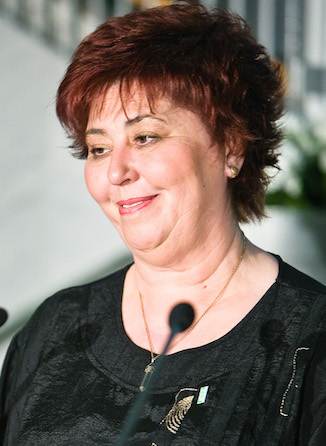 When Erzsébet Szekeres’ son was born with disabilities 35 years ago, the doctor said he would never be able to do anything in this world. There were no workplaces that would accept him, no schools, and no homes. This was when she realized that the parents and children in similar situations would have to fight for their rights as equals in society, and she began to organize.

Erzsébet Szekeres went on to develop a model to tackle the complex problem of integrating persons with disabilities into society. She first created a community where members felt loved, could interact and work. Her organization then grew into a nation-wide program for training, employing, and housing people with disabilities in Hungary.

When Erzsébet started her organization 15 years ago, grants from the government were rare, and grants from donor agencies were non-existent. Aslo, many Hungarians unfortunately at the time assumed that people with disabilities had no place in society. “You cannot judge them for this, as the people with disabilities were hidden from society until 1989”, says Erzsébet.

Given these factors, Erzsébet realized she could not depend on government or donor funding. She realized that to create a successful integration program for people with disabilities, she would have to structure her program in such a way that it would generate an income of its own.

Erzsébet looked for families in similar situations to form a community. Until 1994, they lived illegally in a “group home” producing ceramics. This community eventually became an official cooperative, which grew and diversified. Today, 620 people with disabilities individuals, including 300 who are severely handicapped, are employed in various fields throughout the country.

Erzsébet received initial funding for her organization from the Ministry of Family and Children, the Ministry of Welfare, and the National Association for Rehabilitation of People with Disabilities. With this funding, 13 handicapped young adults, and two parents she founded the Alliance Industrial Union. The Alliance, from the beginning,  had the twin aims of service provision and income generation.

The key component to Erzebet’s integration of people with disabilities within Hungarian society is a series of cooperative or ‘work’ centers which house and train people with disabilities to live on their own. Training consists of basic skills training, vocational training, and job placement. Once trained in a vocational skill, work center clients participate in an ‘assembly line’ mode of production. Each individual completes a task that s/he is capable of, and the item is then passed on to the next person for another operation. Work center products include agricultural production such as cotton wool and livestock, all of which are grown for internal consumption as well as for sale throughout Hungary; export items such as lamp fixtures (exported to Switzerland), sunglasses (exported to Germany), and artistic and home products such as candles, rugs and baskets. 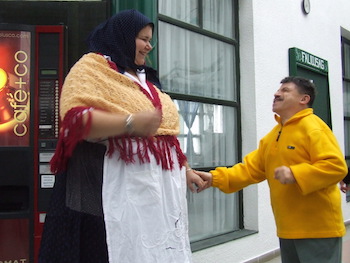 The price of products is dictated entirely by the market. Decisions regarding which products to produce are based on market demand as well as the skills of the clients. The quality of products is also essential. Distributors and consumers purchase work center products because they are of the highest quality and the best price, not as ‘charity’.

Today, the Alliance employs 620 handicapped adults in 11 cities, housing 100 of them in small houses and apartments. Income generated from the sale of work center products covers 50 percent of Alliance’s annual expenses. The work center products also help the Alliance with its goal of integrating people with disabilities into Hungarian society. As Erzebet says, they help ordinary citizens learn “to value the contributions of people with disabilities in society."

Erzsébet Szekeres was elected to the Ashoka Fellowship in 1997.