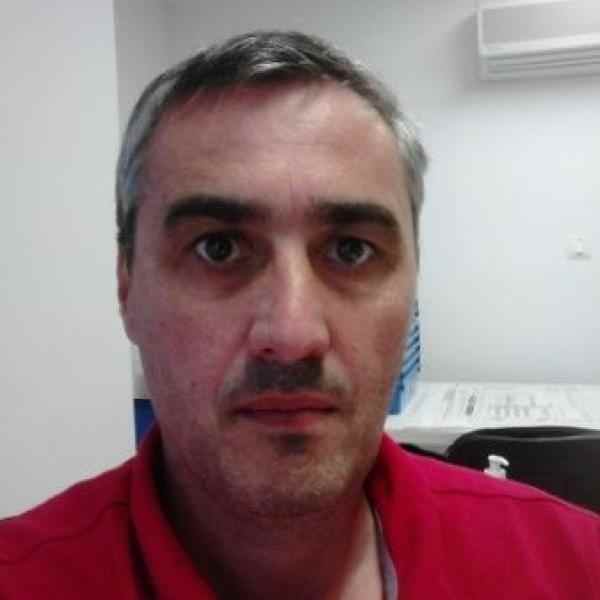 Lumber has developed a technology and process to re-use waste materials from the plastic industry into local economies, with the participation local recyclers and Municipalities. At the same time, he is building the necessary ecosystem, developing new roles and mindset shift for existing players.

Although volumes of waste are sorted and recycled in Uruguay, 30% of them, which contains more than one raw material in its composition or are too small in size, currently cannot be processed and reused. This waste, called laminates, eventually finds its way to garbage dumps. With a deep passion for the environment, Lumber Andrada has developed a new form of mechanical recycling that allows recycling and adding value to laminates, increasing the productivity of the operators involved in the classification tasks. This new process lowers the costs of the classification and recycling processes and thus creates low-cost plates used as an efficient substitute for chipboard panels for affordable housing, furniture and panels applied in the agricultural sector. The technology is revolutionary in the region and could be adopted on a wide scale as architects, designers and the construction industry open up to the idea.

By developing this production and economic model for all types of plastics, Lumber is completing his patient work to build an incipient sector, bringing new roles to sorters, training cooperatives and municipalities, and designing a new infrastructure for the recycling sector. In this process, he is playing a key role in policy frameworks to create incentives for the installment of the circular economy in Uruguay through a new law as well as in awareness. Lumber´s approach also relies on educating new generations in the importance of recycling and waste management developing trainings in schools, companies and public campaigns.

Uruguay, like other countries in Latin America, is behind in recycling for several reasons. In the first place, there is a lack of awareness from citizens about its importance and consequently, no household classification is carried out. On the other hand, the price of recycled raw material is low because the virgin material is cheaper, and that affects the whole chain. To aggravate the situation, there are no state incentives or subsidies to private enterprises aiming to develop the sector. These aspects describe a disjointed sector that does not take advantage of the enormous potential of an adequate garbage management for environmental preservation and the inclusion of vulnerable sectors.

Uruguay imports 100% of the raw materials used for industrial-use plastic. The companies importing this material have recently started incorporating recycling into their work. Before that, burying waste in landfills was a viable practice. Due to the limited area for waste disposal, this had horrible consequences on the environment. Even now, 40% of waste is collected by recyclers in Uruguay while the rest remains untreated.

Due to a general lack of technology, these wastes cannot be converted to mixed or laminated materials. There are little to no adequate incentives for private investment for this required technology since up to date, it hasn’t been profitable. Recyclers are not trained to recycle these kinds of materials and there are not incentives to get involved in new roles in the process. They do not recognize the economic value that can be taken from the appropriate treatment and participation in the reintegration of waste in a new life cycle.

Furthermore, there is no market for recycled products of this kind, as it's a totally new product. An actual market would create the necessary incentives for the supply and demand and in turn, the market to be created. It is necessary that recyclers take up an active role in order for this market to develop.

At that time, Lumber also took part in the development of a law that established a centralized system for packaging waste management in the country. Through the law the Municipalities provide the workplaces and permits, companies contribute with money to a private TRUST created to raise the funds for recycling cooperatives and this money finances part of the salaries and tools of the cooperative members. The members of cooperatives complete their incomes with the sale of classified materials. In this setting, Lumber promoted the creation of cooperatives in the Municipality of Flores and has been involved in training cooperatives along the whole country helping waste sorters to improve their life conditions.

Companies dedicated to recycling waste did not have a meeting point, let alone representation in institutions like the Chamber of Industries. Lumber promoted the creation of a specific group within Uruguayan Plastics Industries Association (AUIP) to address issues related to the needs and benefits of encouraging the recycling industry. Among the main achievements are the creation of a recycler’s record and the participation of representatives in the regulation of the national law of packaging. These regulations were in turn recognized by businessmen due to requirements they had to fulfill in this industry. The Association also provided the companies with access to specialists and technical information about recycling.

Despite these breakthroughs in which Lumber has played a key role, 30% of a type of waste remained untouched representing an important piece of the sector and preventing for moving forward. Lumber tried to get private and public investment for treating these materials but as there are not profitable from an economic point of view he was not successful.

As a result, in 2014 Lumber founded Uruplac in order to prove that another recycling method is feasible and raise the amount of materials that cooperatives can process, among increasing their incomes. The new process allows to mix laminated waste and the outcome is a plate which is suitable for the development of low price housing or the development of other elements like school desks. In the last year it has been introduced in the care of cattle raising to protect young cattle from inclement weather.

This has positive implications on both the economy and the environment. Cooperatives from 6 municipalities have already begun to process these residues referring them to Uruplac. Another 2 Municipalities (Flores and Paysandú) are investing to develop the same machine developed by Lumber to train their cooperatives and replicate the whole approach. The business model presented by Lumber includes a circuit in which cooperatives propose the collection price. Uruplac is responsible for recycling and transforming the residues into new plates, ready to be commercialized by the cooperatives.

In order to develop the market, Lumber works with design schools in two important universities in Montevideo. The goal is to familiarize future professionals with the materials and experiment with the design of new products. For this end, he created an Innovation Lab inside Uruplac where future professionals and designers work on developing new uses for the plate. He is also working with social organizations such as Techo, the regional non-profit working on social housing, and the government program of housing development “Plan Juntos” (Together Plan) to become providers of plates for housing construction. The plates have a higher durability in comparison with traditional materials used in this kind of housing.

The last year, he was able to diversify his market increasingly incorporating new industries such as agriculture and ironmongeries where the plates are sold to individuals. To increase market, and leverage the amount of materials recycled, last year Lumber gained the support of ANII (National Agency of Research and Innovation) investing in research of new products to be elaborated with the plates and improvements in the equipment. With this support, Lumber has been able to innovate creating borads for protecting sheeps in winter season, garden and school furniture as well as trash cans that are inserted in different kind of institutions to raise awareness about recycling. In this respect, Lumber is also working with the company Simbion, that develops design solutions with social value, to add design completions to the plates and make them attractive to a wider audience.

Albina Ruiz, Ashoka Fellow from Peru and a big reference in recycling, traveled to Uruguay to learn about Lumber's work and is interested in exporting his methodology with laminated to introduce it to her extensive work with cooperatives. He also started an exchange with the Brazilian company Metha Ambiental from Florianópolis regarding social awareness.

Lumber believes that as garbage has been buried and remained invisible to citizens for a long time, nobody is involved in improving its management. For that reason, he began working with schools and Universities, providing training on the importance of responsible waste management. In the last two years, he has formed a network of 16 schools that self-train and exchange with materials developed by Lumber and the social organization Repapel.

Lumber has begun working with 8 departments of the country (out of 19) and he strives to work with all of them as well as all the municipalities of the country.

To date Lumber was a key player in the advancement of the recycling sector in Uruguay. His initiative Uruplac is a still an early-stage enterprise of 4 years old, but it constitutes a pillar of his work that demonstrates the possibilities of the sector. Currently Lumber is working with the Environment Commission of the Chamber of Deputies committed to the promotion of a Law of Circular Economy that could be a game changer by enabling more producers to use recycled products at the same time recyclers increase earnings and protect environment.

Lumber grew up on the outskirts of Montevideo in a family who had an immense care for the environment as well as the decrease of mass consumption. During his studies in computer science, he did logistics work for a company called Gepax where he promoted the creation of the first internal waste treatment plant. This initiated a cultural change in the company. After this experience, he served as an advisor to various companies in which he promoted five assembly plants which recycled thermoplastics. He eventually earned the trust of the management who granted him a scholarship to study about recycling abroad.

As he became even more interested in the recycling, Lumber decided to leave his computer training and devote himself entirely to the subject. His expertise and his network through forums and events related to recycling allowed him to contribute in Uruguay from different directions. He was an adviser to local governments and also worked as a technician in the private sphere.

Throughout his professional career, Lumber has worked in different areas in the plastics industry over the past 15 years. He worked in companies, during their very first steps towards the creation of a sustainability culture, through the creation of internal recycling plants.

In 2004, he encouraged the foundation of Plastics Recyclers Association of Uruguay (ARPU) by summoning about 25 companies and linking them with the Chamber of Industry of Uruguay and Uruguayan Plastics Industries Association. Lumber contributed to synergizing the sector which had earlier been fragmented.

As ARPU’s secretary, he deepened his knowledge in social and environmental problems related to recycling. In 2010, he came up with the idea of Uruplac as a response to remaining challenges in the sector. After a while, he took on the role of searching for public and private support to continue with his idea, but without outside support in 2014 he decided to invest his savings and started Uruplac with a whole new technology.

Lumber is so committed to preserving the environment through recycling that he also involved the creation of a norm to regulate the final destination of tires out of use, working with the companies that produce them, and developing the project for the recycling of 100% of them after lifecycle.