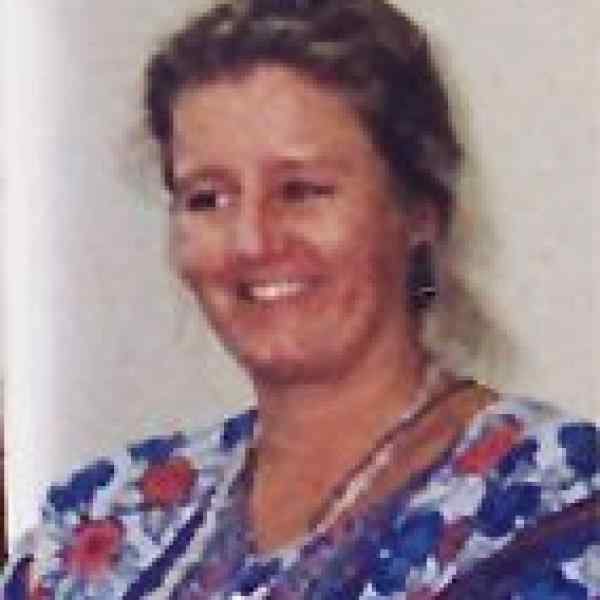 Anna Johansson has developed a model physical and psychological rehabilitation program for disabled children and young people while educating community leaders to aid in their integration into society.

Anna Johansson integrates disabled children and young people into their communities, drawing them out of isolation and teaching them to regain their dignity and play an active role in society. One of the distinctive features of her approach is her emphasis on the community as a whole as an important actor in the rehabilitation process. In order for the disabled children and youth with whom she works to become fully integrated into society, the community must change its attitude towards disabilities. Through her center, Anna facilitates such a change while providing disabled young people and their families with tools that assist their participation in community life. Anna's model successfully applies the concept of mainstreaming disabled children to a rural context with a high level of poverty. She has pioneered the prevention of disabilities through oral rehydration and she relies on technical resources that provide powerful impact at low cost&#150;braces, sign language and the radio. She has recycled and transformed a former home for abandoned children into a space where she trains parents, teachers, local authorities and the greater community to engender and support the disabled youngsters' integration into society.

The tremendous poverty of Mexican rural areas and the lack of such services as clinics, schools, running water, and hygiene and health measures spawn diverse childhood diseases, including polio, cerebral palsy, deafness and epilepsy. The children who suffer from these afflictions become, in the eyes of their families and communities, disabled, and little is done to bring those suffering from disabilities into the larger community.

To begin with, most disabled children live in isolation. Faced with the fear of social rejection, families tend to hide their disabled children, at the same time overprotecting them and making them even more emotionally and psychologically dependent.

Similarly, most people in the rural areas equate "disabled" with "sick," believing that people with disabilities are contagious and must be "cured." By failing to understand that disabled people can be rehabilitated and integrated into the larger community, many rural communities severely limit the opportunities of their disabled members.

Given these conditions, most programs dedicated to helping disabled children typically aim to teach them skills and other means of becoming productive citizens, and to better blend into mainstream society. In such a model, the burden of integration is borne by the disabled rather than shared with an understanding community that actively welcomes citizens with special needs.

Anna is concentrating her work on three main objectives: disability prevention, rehabilitation and community outreach. In the early years of her work, dehydration was a primary cause of brain damage and ensuing disabilities, and Anna worked to administer oral serums that would counter dehydration. Now, however, local government-sponsored clinics have begun to educate communities about the dangers of dehydration and regularly teach communities about oral rehydration methods. With these clinics in place, Anna is now able to complement the doctors' work by providing additional information about disabilities and their prevention.

Given that the high rate of disability is largely due to the problem of poverty, which cannot be easily solved in the short-term, Anna is concentrating most of her efforts on the rehabilitation and integration of the disabled into the community. In 1990 she transformed an institution, which formerly served as a school and home for disabled, malnourished and abandoned indigenous children, into a rehabilitation center with a nursing station, a physical therapy room and classrooms for workshops. The center, named Piña Palmera, is located in the village of Zipolite, on the Pacific coast of Oaxaca, and serves the communities residing within a 100 mile radius of the center. The expansion and adaptation of the new center have permitted it to serve approximately 100 children a year.

Other efforts focus on providing disabled children with the tools they need to participate in society. For example, Anna is providing braces, wheelchairs and hearing aids, while teaching deaf children and their families sign language and other techniques for family living. She also brings together families of disabled children so that they can support each other. Finally, Anna helps families set up consultations with clinics and surgeons in Mexico City and the city of Oaxaca.

Another key aspect of Anna's work is the provision of informational seminars and other activities to key members of the community, thereby giving them the tools to ease the disabled children's transition into society. Anna is focusing especially on government institutions and schools in the state of Oaxaca.

Similarly, in order to educate the general public about disabilities and change their opinions, Anna hosts a weekly radio program in which she addresses topics such as preventive health care, rehabilitation and human rights for the disabled. Thanks to her radio program and its large local audience, Anna is helping the population to understand that disabilities are not illnesses, but rather obstacles and challenges that must be overcome by both the victim and the community as a whole. Although radio continues to be the most popular and accessible form of communication in the area, Anna and her colleagues hope to extend their efforts to local television in the near future.

Over the long run, Anna will facilitate the entrance of disabled children into the labor market and other active sectors of society. For example, the center has launched a successful new program that teaches disabled people to make toys that are then sold to tourists in the area. During 1996 Anna and her colleagues at Piña Palmera extended their program for disabled children into two new communities, Tiltepec and Benita Juárez, and she is attempting to convince the Secretary of Education to open a special school in Pochutla District as well.

Anna conducts exchanges throughout Mexico and Central America in order to promote her ideas and learn about new methods used elsewhere. In September of 1996, two members of the Piña Palmera team traveled to Nicaragua to exchange experiences with other organizations in the field of children's rehabilitation. Over the course of 1996, Piña Palmera hosted more than a dozen foreign and several local volunteers, along with 25 students from the Iboamerican University who came to the center to fulfill a two-month service requirement.

Piña Palmera's work is financed primarily by donations from private donors and foundations. In addition, fifteen percent is covered by support from the Mexican government.

Born and raised in Sweden, Anna became interested in and involved with people with disabilities at an early age. When she was eleven years old, Anna attended a summer camp for disabled youth that awakened within her a passion for working with and improving the lives of the disabled. In addition to her experiences at camp, the Swedish tradition of equal rights for all citizens and its openness towards people who are different pushed Anna toward her lifelong work with the disabled.

At the age of nineteen, she traveled to many Latin American countries and was particularly drawn to the culture and language of Mexico. Attracted to what she describes as the "generosity and warmth" of the Mexican people, as well as the indigenous belief system, Anna decided to stay in Mexico.

In 1984, she met an American named Frank Douglas ("Panchito") who was starting a project for young disabled people and decided to support him as a volunteer. Three years later, Frank died and Anna, at age 26, remained in charge of Piña Palmera where the community members recognize the efforts of the "guera" (blonde woman).