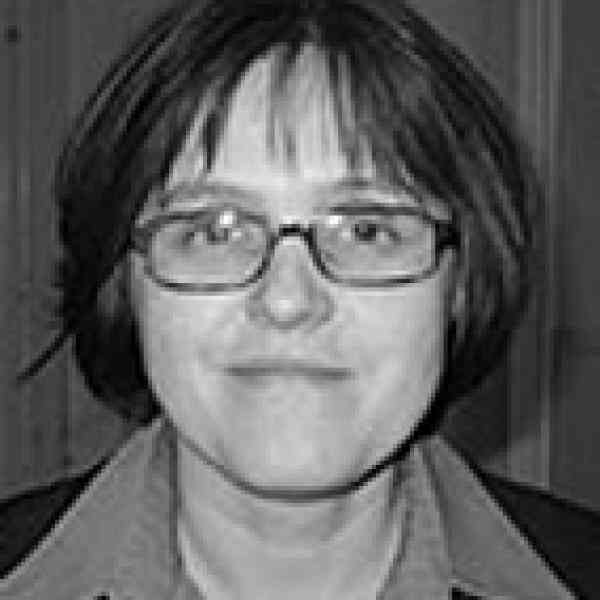 This profile is dedicated to the memory of late Anna Gajewska. It was prepared when Anna was elected to the Ashoka Fellowship in 2001. To revitalize rural education in Poland, Anna Gajewska is stimulating the growth of private village schools that offer top quality education and engage entire communities in the education of children.

After years working as a teacher and director of a village school, Anna is turning her attention to saving the thousands of small schools that are strung across the Polish countryside. To improve education for rural students and revitalize village life, she has set up a network of countryside schools that extends to neighboring countries as well. In Anna's view, the education system should support interactive learning among students and involve the whole community&#150;parents, teachers, school-children, and others&#150;in a range of civic activities appropriate for each community. In an era of rapid urbanization, Anna's approach is making villages more attractive to the next generation, while sparking civic initiative among community members now. By joining her schools in a network guided by one board of directors, Anna enables teachers and administrators to collaborate and share information and experiences.

The education reforms of the early nineties foreshadowed the closings of hundreds of countryside schools throughout rural areas. As of 1999, almost two thousand of Poland's twenty thousand small secondary schools had become too expensive for local governments to maintain, thus forcing thousands of rural students to travel long distances to attend city schools. In the next few years, Poland's Ministry of Education plans to close another 3,000 to 5,000 village schools. As more and more countryside schools close, urban schools are becoming increasingly crowded, forcing students to share books and other basic resources. Separating students and schools from village communities also erodes village cohesion and culture. Students who study in schools and become familiar with city life are less likely to remain in their native villages after finishing their education. At the same time, village schools are struggling because few good teachers want to live in poor, remote towns.

In 1985, after moving to Derc, a small village in northeast part of Poland, Anna decided to teach in a small countryside school. In 1995, due to insufficient funding, the school in Derc was slated for closing, with the final decision to close coming two years later. Rather than dwelling on the defeat, Anna saw the school's closing as an opportunity for her to focus on educational reforms on a broader scale. With partial funding from the government, Anna established the first privately-run countryside school in Poland. During her meetings with teachers from local schools, she shared her experiences and methods from Derc, inspiring them to return home and open a school based on her model, the model of what she calls the "socially active school." They operated with the guidance of a Board of Directors, which included representatives from each of the schools.

Anna's educational teaching methods have attracted the attention of the media, which has been instrumental in spreading the philosophy throughout the region. As rural education is a pressing problem in Poland, the Ministry of Education conducted a study in Derc to document Anna's program. The government then adopted her countryside school as a prototype for a national program called "Small Schools." Now, fifty socially active schools have been established throughout Poland.Collecting experiences from other small, socially active schools, Anna disseminates best practices in teaching through workshops and seminars, as well as in published articles. She publicly discusses the current system's shortcomings and presents reforms that may help correct some of them.

Thus far, much of the attention has focused on clarifying the legal procedures for establishing small schools in villages. Moving forward, Anna hopes to focus on meeting the educational and training needs of teachers in small schools and on identifying community needs. In 2000, Anna founded an association that focuses on training and supporting people who want to establish socially active schools. Volunteers and student teachers become members of the Association, which is tasked with teaching others how to proactively introduce reforms. Anna knows that setting up the procedure isn't enough. She sees that it is necessary to teach teachers in village schools to make the change, how to create the areas of integration with local society, and how to build the feeling of joint responsibility. Anna has created a template for socially active village schools; villagers and teachers use this template to construct a school and curriculum appropriate for their needs. Anna is collaborating with two universities in Northern Poland to conduct a formal evaluation of her schools. The evaluation results will raise credibility among skeptics by confirming that students in her program are better off academically than students in most other school settings. Anna is introducing the program of socially active schools in university education courses; education students then gain practical experience by working with one of the schools. Next, Anna plans to establish a training center in Derc that will prepare and educate future teachers to run autonomous schools.

In 2001, she will include another one hundred twenty trainees and twenty-five social leaders in her program. This will lead to the creation of another fifteen Regional Boards of Directors, and in five years' time, another eighty. Importantly, she translates her writings and program information into other languages, allowing easy spread throughout the region. Currently, she is exploring collaboration with villages in Belarus and Lithuania. She plans to create the platform for information and experience-sharing by establishing an international forum.

As a child Anna was in charge of a small shop at her school and organized activities for her friends, such as horseback riding courses and camps. During the difficult times of martial law, she launched the first student-run newspaper for schools in her county and co-founded an amateur puppet theater for the children. From an early age, Anna dreamed of teaching students and running her own school. In 1985, she moved to Derc, a small village in the northeast part of Poland, and began teaching in a small countryside school. For a person raised in the city, the rural environment and culture were completely new, and the school and teachers initially strange and unfriendly. Anna struggled with initial resentment from the locals, as her teaching methods and philosophy were not conventional. Her classes were interactive, and she involved students and parents in extracurricular activities. But she persevered and proved herself and was subsequently invited to become the school's director. Later recognizing the myriad of challenges small schools face, Anna decided to focus her energy not on nurturing one school, but on introducing reforms in countryside education throughout Poland and the central European region. For her work in reforming rural education, the local government nominated her for the prestigious Ministry of Education Award.