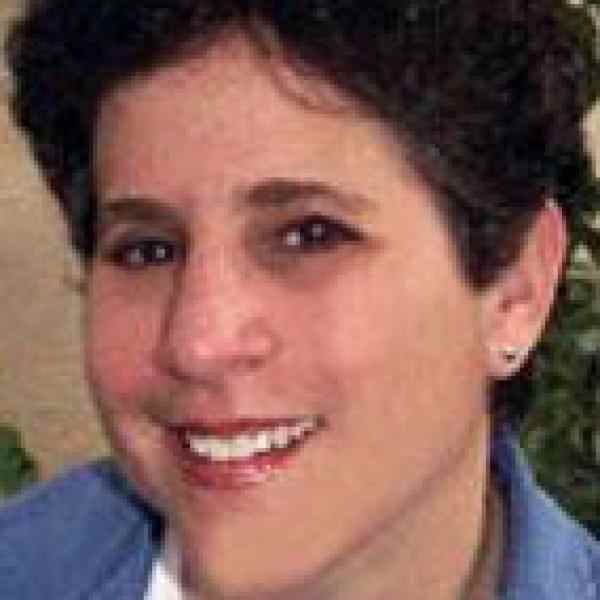 In Central America, the breakdown of law and order during the past twenty years has led to high levels of domestic violence against women and youth, but violence in the home has been treated as a taboo subject and dialogue has been difficult in these polarized societies. Amy, an American who has lived in Nicaragua for 22 years, created Meeting Point to boost dialogue through workshops, magazines, and radio programs and provide an information hub for hundreds of small grassroots organizations. Meeting Point has written and produced a soap opera, “Sixth Sense,” which has become wildly popular in its five years on the air and been proven to pave the way for open discussion of societal problems.

Violence in Central America is high, widespread, and worsening in society, in gangs and in the home as seen by a high incidence of domestic violence against women and youth. But violence in the home has been treated as a taboo subject and dialogue about the issue has been difficult in these polarized societies. Amy has shown that it is possible talk about these taboo subjects in a manner that leads to a reduction violence using three tools which encourage a broad discussion of these controversial topics in a manner which ensures a deep and lasting impact on attitudes and behaviors not just in women and youth, but society, and among those least willing to acknowledge let alone discuss these issues.
Amy’s core insight is that you can change attitudes and behaviors by finding new ways to legitimize discussion of previously taboo subjects. Through Meeting Point, Amy has developed Sixth Sense, a very popular, socially themed soap opera region-wide, whose topics are discussed in-depth at a local level, guided by hundreds of local citizen organizations (COs). These COs have been trained and prepared to draw out thoughts and deepen understanding over months of continual follow-up and dialogue with Meeting Point. Initially this creates dialogue, and that dialogue changes attitudes among friends and within families; eventually producing concrete changes in behaviors.

Central America has suffered a major breakdown in civil society in the past twenty years as a result of the civil wars followed by natural disasters like Hurricane Mitch. The civil wars devastated the region economically as well as socially and polarized society. Mitch reopened many of those wounds ten years later, especially among men who could no longer find work. Since post-Mitch efforts focused on rebuilding infrastructure but not on rebuilding relationships among people and within society, this led to widespread violence observed in high crime rates, an explosion of urban gangs, and alarming rates of family violence. Much of family violence goes unreported and is a taboo subject rarely discussed, but studies have shown disturbingly high rates of family violence within families and women and a seeming acceptance of the violence. Women who were asked, “Does your husband hit you?” answered, “Only a normal amount.” In addition, Central America has high levels of teenage pregnancy and HIV/AIDs are growing at alarming rates; tearing families further apart.

Isolated programs which address a single topic in a single country have not had a big impact on a broader scale. A single social program or a single media approach to address an important social issue is not effective because people experience complex problems in their lives which have to be addressed with more integrated approaches. These broad social problems are played out daily in the home. At home is where the problems intensify, women and youth are affected, and it is precisely at home where dialogue needs to happen to produce social changes. But it has become more difficult to talk about these problems in polarized Central America where society wants to let the wounds of the last twenty years heal by not talking about the problems rather than risk reopening them.

What is needed is a way to legitimize talking about controversial subjects throughout the region, combined with a local approach to discuss the issues with care and confidentiality. In Nicaragua, Meeting Point began by developing the local approach and making it more powerful later by using the Sixth Sense TV soap opera as the catalyst for discussion. The key to any systemic change must include hearing about these subjects in a broad, non-threatening way, combined with in-depth local discussions that make a lasting difference in peoples’ attitudes and behaviors.

Amy and Meeting Point have developed a three pronged strategy—1) Development of content and methods to discuss controversial topics in constructive and confidential ways 2) Delivery of content through hundreds of trained grassroots COs 3) Using media to achieve broad interest and appeal.

Amy first focused on legitimizing previously taboo subjects by developing content and methods to discuss topics such as family violence, teenage pregnancy, gangs, and illegal immigration. Developing a strong and deep understanding of family violence through many global and local sources, Meeting Point became the content expert on issues of women and youth rights. Meeting Point has developed pamphlets, workshops, magazine articles, and radio programs which provide a menu of facts and methods to guide the discussion of controversial topics.

Second, Amy delivers the content through hundreds of local, grassroots COs in every community with whom Meeting Point has developed partnerships, united in their roots and legitimacy with many different audiences. Amy has made a wide variety of materials available to COs, first through workshops and pamphlets, an in-house magazine, radio programs and their website. Meeting Point trains each group, then trains the trainers and constantly receives feedback through their network of COs to improve the content and approach to most effectively facilitate discussion to happen in a relaxed, confidential setting on a weekly basis with continuity and reinforcement for a couple of years. By using the Meeting Point methodology and discussion guides, there is a gradual deepening and understanding of the issues.

The third ingredient is Meeting Point’s use of media. Using radio and television to spread and sustain interest and attendance at local meetings, Amy developed a socially themed soap opera which discusses these taboo subjects in the popular TV show, Sixth Sense, which began in Nicaragua and is now being shown throughout Central America. While it took six years of struggle to be broadcast, the show has become wildly popular in its five years on the air. Meeting Point knew that because of the program’s huge audience, many people would talk about the show and the issues of family violence, teenage pregnancy, etc., depicted on the show. Every neighborhood and local group discussed the topics in CO groups with Amy’s discussion guides and radio programs each week and attendance remained high because the show grew in popularity every season.

To evaluate their impact on people’s attitudes and behaviors, Meeting Point contracted an international organization to carry out a longitudinal study to track the initial attitudes and behaviors of 3,000 people over three years. The results of this three-year survey were more powerful than they had imagined. Not only were attitudes gradually changed and behaviors like the use of condoms changed among youth and women, the survey showed that more conservative groups, thought to be less likely to discuss these topics, had their attitudes and behaviors changed so much, the Catholic Church wants to participate as a way to address and reduce family violence in the home.

Her future strategy is to build on each of these three elements, but with some differences as she spreads her program. In five years, Sixth Sense has become incredibly popular and is being shown in the rest of Central America and Los Angeles.

Amy plans to produce a new soap opera for five additional seasons targeted at Central America and Hispanics in the U.S., with new topics selected through focus groups. She is also preparing to introduce the series on YouTube and MySpace. Her communication and media strategy has evolved from printed bulletins, to radio, to television, and soon to the Internet.

Next, Amy and Meeting Point are developing a new strategy to create a region-wide network of grassroots COs which can use the popularity of the new TV soap opera as a catalyst to broaden their reach and deepen the impact of the show by weekly discussions, following the Meeting Point methodology and content instead of building the network first and then adding the TV show later. But the popularity of Sixth Sense has already created numerous opportunities to work with COs region- wide, and since their approach is not to create new COs, but rather to work with a variety of groups with strong local roots and deep commitment to social causes, they know how to find them and how to train them. Amy will focus on creating a CO network there and in making Meeting Point financially self-sustaining. She has successfully raised $3 million from U.S. foundations interested in women and youth issues. However, she would like to find partners like MTV or Skoll who may be interested in producing the socially themed TV soap operas so that Amy can focus on broadening and deepening the relationships with CO delivery partners. The magic of Amy’s approach has been a mixture of broad media appeal, with deep and lasting impact through social content, delivered through a vast network of committed COs.

Amy grew up with a deep and abiding interest in social issues from fourth grade when she and her Mom made black arm bands to give everyone in school after Martin Luther King’s Jr.’s death. By seventh grade, she and some friends started a recycling business in which the whole neighborhood participated—lasting for many years. Amy was very active in social movements in high school and university and started two social enterprises—strongly influenced by her Women’s History professor at Santa Cruz University—she earned about the feminist movement and society’s impact on women.

After college, Amy worked with organizations learning media tools which supported a social cause. She collaborated with Holly Near, a singer/composer she helped produce and distributed Holly’s albums and had to organize concert tours that were combined with a lot of community mobilization in Hispanic communities in the U.S. One of Holly’s concert tours in 1985 brought her and Amy to Nicaragua where Amy was appalled to see the local impact of the U.S. supported war. She decided to stay to learn and to see if she could contribute for one year which became twenty-two wonderful years. She was encouraged by Ashoka Fellow Ana Criquillion to start Meeting Point to take advantage of her combination of media skills and abiding commitment to important social issues.

In Nicaragua, Amy evolved from a small-scale entrepreneur and passed through a steep apprenticeship in which she became deeply knowledgeable about the problems of violence against women and children and honed her communications skills through newsletters, publishing magazines, and ultimately writing and producing a socially themed soap opera. Along each step of the way she rolled up her sleeves and learned new competences, from learning how to work with hundreds of partner COs with different agendas, to creating a soap opera over thirteen weekly shows, producing the show in local studios with local writers and actors and raising first $300,000 and then $3 million.

She has convinced others to believe in her dream in Nicaragua, to finance it from the U.S. and to follow it by replicating her approach throughout Central America and Hispanic U.S. She is moving to California to follow her dream and to ensure broad successful replication by attacking the toughest challenges for Meeting Point—development of a new regional network of COs and finding and developing production partners to pay for the most expensive parts of Meeting Point.