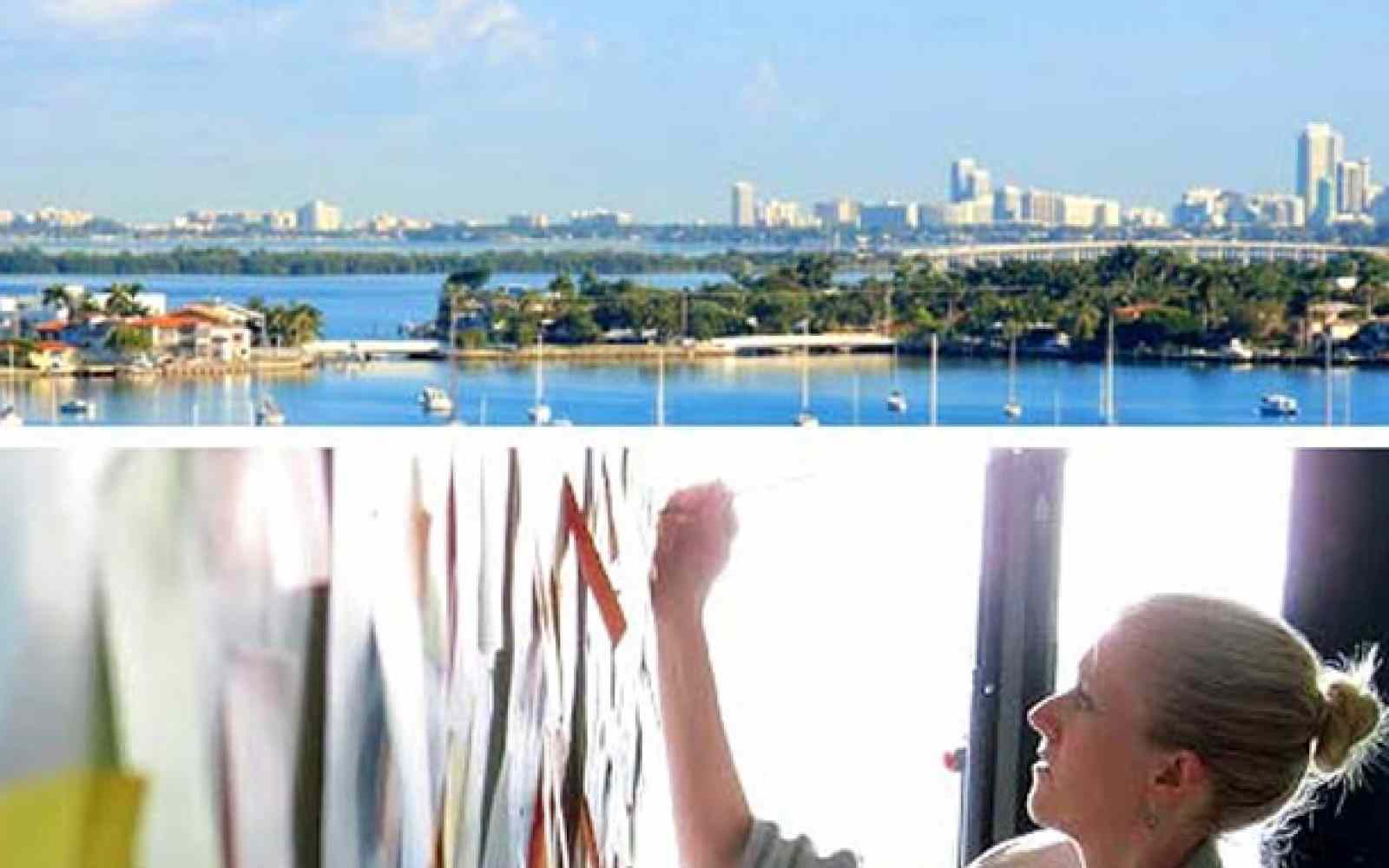 She will be launching Ashoka’s Miami office and is busy hosting this week's Miami Ashoka summit. The event is gathering business people, journalists, and the social sector to network to collaborate on ideas.

The conference, supported by the Knight Foundation, has connected social entrepreneurs based in South Florida, such as Connie Siskowski, whose Palm Beach County-based organization helps empower students who are the primary caregivers to elderly, ill, or disabled family members. Duran described opportunities for changemaking in South Florida.

Knight Foundation: Why did Ashoka decide to open an office in Miami? What were some of the opportunities?

Duran: Our researchers gave us four cities to explore: Chicago, L.A., New York and Miami. In Miami, we found a region that not only had significant ties to Latin America, but also had a broader perspective and more potential for impact.

Of course, South Florida is more than just Miami and we found that the larger community was becoming a hub of successful young business people from all over the world. There were strong ties to the Latin American community, the Jewish community, and the Indian community.

When we started meeting and connecting with successful business and professional people, we learned they wanted to be part of change, but that they weren’t necessarily attracted to common philanthropy or charity, even though they wanted to be involved in social change. We started to build that hub of people as we continued to learn about what was really going on in the community.

We found the community was an interesting hub that has huge potential for growth. We want to grow that hub, to connect successful business entrepreneurs and professional people with the concepts around social entrepreneurship.

Knight Foundation: What do you hope to accomplish here?

Duran: One of our concrete goals is to leverage and scale the hub of business and professional people that are getting engaged with social entrepreneurship in the community that I just described. We’ve already tapped into a group of people who are committed to helping solve social problems, both in their own communities and globally.

For example a program run by Connie Siskowski, OF The Caregiving Youth Project, is the only comprehensive program for youth caregivers in the United States. In Palm Beach County, the program helps young people—who are caring for ill, aging, or disabled family members—complete their education.

Another entrepreneur, Felipe Vergara is creating an efficient market for investing in the future of talented young people. He’s helping to introduce a new set of financial products—known as human capital contracts—to draw private capital toward the higher education sector.

He’s applying a simple principle, that profit attracts capital, to the field of education finance and working with a company which designs and manages social investment funds to do it.

Knight Foundation: What can people expect from the upcoming summit?

Duran: We expect it to be action oriented; the participants will share stories and models of what’s working in their countries. We want to leave the conference with concrete steps and ideas for how to elevate and globalize the connection between the business and social sectors.

Knight Foundation: Hopefully, it will be the beginning of a tipping point for a new era of social change. And after the summit is over? What are the next steps?

Duran: We hope to get to work on implementing those ideas. We expect the summit will help us build that solid connection between those two sectors.

We’re just focusing on getting the business people and the social entrepreneurship people together. We believe that it’s those sectors that will mark the next era of social change. That’s the vision of what we’re trying to accomplish.

Knight Foundation: Are there any specific projects or ideas you’ll be working on over the next year?

Duran: Social entrepreneurship is a new concept for a lot of people so we’re trying to share it with the community. We’re also exploring how to harness empowerment and use the empathy of young people in South Florida.

We want to carry out the vision of Ashoka, where everyone is a changemaker. For example, it’s likely we’ll bring a social entrepreneurship model here based on what Eric Dawson created with peacefirst.

It’s about helping kids become peacemakers. It could potentially help Miami become a launch place for a national peace prize for kids. We’re also looking to places like Overtown and Liberty City. We hope to work with those already in those communities to help tackle problems they’re facing.