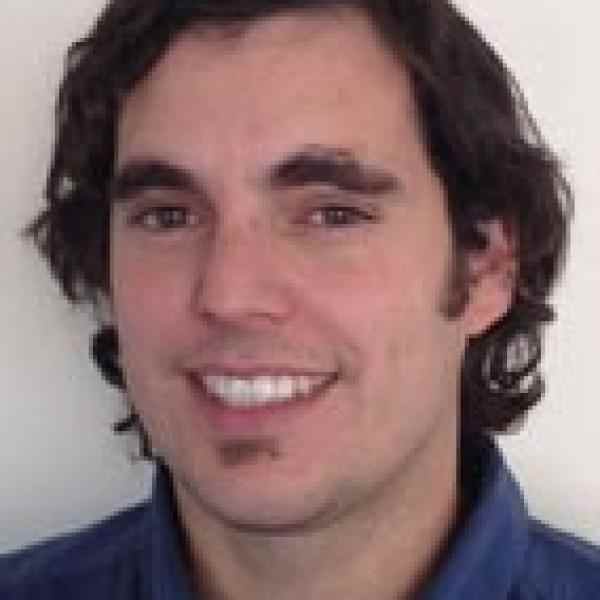 Sebastián is facilitating a process in which communities are taking greater control of the community-based tourism industry. While the idea of community-based tourism has become quite popular, the reality is that the vast majority of the revenue never reaches the community and its impact on development has fallen far short of original expectations. Sebastián is helping these communities to organize themselves and is providing them with financing and training. They are retaining a larger percentage of tourism revenues, which in turn, gives them firmer control of their path to economic development.

There are three crucial ingredients to Sebastián’s success. First, he links communities to each other to form a regional and, ultimately, national network of community-based tourism initiatives. He then provides them with training and most importantly, helps them access various sources of funding to finance their facilities. Next, Sebastián has formed a network of similar organizations in various countries, each organized and controlled by local community networks.

Finally, Sebastián launched Travolution.org as a global tour operator and online reservations and information platform to make local communities more accessible to travelers around the world. Travolution is a not-for-profit social business which will be operating in a dozen countries within three to four years and its online platform will not only be a traditional reservations site, but will contain information like a travel advisors site, but written and maintained by the local communities.

Community-based tourism is an idea whose time has come, in theory but not in practice. While even the largest global travel agencies and tour operators advertise their community tourism programs, the truth is that the tourists may go into the communities, but the vast majority of the money never reaches the community. Aside from low paying jobs in restaurants and hotels, the community does not receive enough economic benefit to change its pattern of development.

Community-based tourism would seem to be different, as the very premise of this kind of tourism is rooted not in exploring the beaches, fancy hotels, and restaurants of a given place, but in explicitly exploring the culture of these very communities. Yet, communities still struggle to capture financial reward from this form of tourism, as much of it is retained by travel agencies instead.

A lot of this is tied to the fact that communities are at a great disadvantage in negotiating with tourism agencies and tour operators for equitable agreements for their services, when placing appropriate value on their cultural and environmental wealth. They do not have access to capital that would allow them to improve the infrastructure and presentation of their services, or access to marketing, information, and technology that would enable them to offer their products in a competitive market. As a result, communities work with intermediaries who serve as their main clients, and use marketing strategies and terms such as “responsible tourism” while in reality, they remove communities from key decision-making processes that would facilitate real benefits.

Tourism is a huge global market, accounting for nearly 10 percent of GDP in most countries, and there is growing interest in supporting the kind of real community-based tourism that would serve as an alternative path for development. But communities often do not know how to find organizations willing to invest in and support community tourism; moreover, information about tourism is often fragmented both for tourists and for communities, which is an obstacle for changing practices.

Sebastián created Travolution.org in 2009 after two years of work with community organizations in southern Chile when he started an ecotourism organization. He saw that a regional group could be far more powerful by having various, isolated communities work together. Sebastián then took two years to study for his master’s degree at the University College of London, where he met many international students interested in starting their own community-based tourism groups in their own countries. Soon the idea of a smart network of local and national community-based tourist groups which could be linked into a global network and tied together through a new type of global tour operator and online platform was born: Travolution.

Travolution begins at a local community level by identifying rural communities with some degree of community-based tourism already in place and grouping them by regions, either by their own initiative or by recommendations from travelers, tourism agencies, or international agencies. These local communities are invited to join Travolution.org’s network as long as they comply with certain selection criteria, such as a vision for development that focuses on communities, a collaborative spirit, diversity, and respect of other cultures. Travolution identifies highly motivated regional volunteers to coordinate and support their local network by organizing meetings in their respective communities so Travolution.org may better understand the needs, resources, and potential of the communities.

To increase the community’s income to the greatest extent, Travolution builds networks and greater awareness. At no cost, the organization provides financing and technical support from international organizations and foundations, resources communities may otherwise not have. At the same time, Travolution works with groups of volunteers who collaborate with the communities to draft grant applications, enabling them to have the skills to eventually prepare such proposals themselves. Travolution also promotes a free exchange of expertise and best practices among the communities through its website and by hosting in-person meetings that bring together know-how from diverse regions. As Travolution grows and begins to generate revenue, its social mission and statutes call for these profits to be reinvested not just in the organization’s infrastructure and growth, but also into a development fund to finance local communities and their initiatives.

Travolution.org serves as a conduit for all of the individuals and institutions that are interested in supporting community-based development through a more equitable tourism industry. Travolution.org received seed capital of US$40,000 from the London Development Agency and CORFO, a national funding agency, to finance the improvement of services, the incorporation of information technology, and to improve marketing in communities throughout Chile. In 2010, for example, Travolution.org collaborated in the implementation and the marketing strategy of the Quinquén Pehuenche Park in Chile, an initiative that was led by the indigenous Pehuenche community, who will use the park to spread and preserve their culture and territory.

Travolution.org has also begun to host in-person meetings and conferences to further facilitate the exchange of good business practices. In November 2010, for example, 20 Chilean and Colombian entrepreneurs from rural communities participated in an exchange in Colombia. They also organized the first National Community-Based Tourism gathering in Chile. Approximately 300 community-based tourism entrepreneurs from Chile were invited and hosted by the Chilean Ministry for the Economy, Development and Tourism and other government agencies. The meeting set the stage for the first national network of community tourism and enabled a formal survey of other community tourism enterprises around the world.

As is the case with all networks, the value of Travolution.org is embedded in the size and reach of its network. Travolution.org has organized networks of many existing but isolated community organizations, knitting them into regional and national networks in eight countries in Latin America (Chile, Colombia, Ecuador, Argentina, Uruguay, Mexico, Panama, and Nicaragua). Sebastián has encouraged his colleagues in Africa and Asia to do the same and the beginning of a global network will soon take shape.

Travolution increases the visibility both to community entrepreneurs as well as to global tourists, who can now find initiatives that reflect the kind of community-based tourism that most align with their values. Sebastián created a business platform that raises the profile of all community tourism initiatives and offers relevant information for travelers, presented in a practical and attractive format. The travelers’ or agencies’ purchases through the platform retain between 10 and 15 percent of the cost of the tourism packages to sustain Travolution’s operations and some 85 to 90 percent for the communities. The local tourism entrepreneurs are encouraged through various means to create revenue-generating mechanisms that favor the larger community welfare by forming part of the tourist offerings, creating networks of home-stays, and tours that showcase the local culture. Tourists are even invited to be active participants of the process by leaving their feedback on Travolution.org after visiting. Communities can then learn from this input to further improve their services. Travolution.org’s website has been visited frequently by people in more than 40 countries and 99 cities. For some communities, a virtual presence through Travolution.org is their first access to the Internet and the resources outside their most immediate borders.

While Sebastián’s proposal is ambitious, it relies on a solid professional team and an incredible entrepreneurial capacity. While Travolution.org has only been operating for over a year, it has succeeded in mobilizing 100 volunteers from various countries that make up its network. Sebastián hopes to expand this network to catch not only the traditional consumers of this kind of tourism, like European and American backpackers, but the broader public who may be interested in experiencing other cultures, but are not familiar with community-based tourism.

As a freshman in college, Sebastián was a co-founder, along with a Catholic priest and other university students, of the hugely successful Un Techo Para Mi Pais (A Roof For My Country). This project began in Chile, and helped create a spirit of volunteerism among students who helped build emergency housing in cities. Sebastián worked as a volunteer throughout college and then full-time during two of its major expansions—first into rural areas of Chile and then to other countries in Latin America.

In rural Chile, Sebastián learned firsthand about the different reality of rural life but also of the beautiful and rich countryside and cultural heritage of which people were unaware. After several years of volunteering with Un Techo, Sebastián headed the organization for two years, when he promoted the replication of this housing model in five Latin American countries, for which he raised US$4 million from IDB. Sebastián’s eight years experience with Un Techo taught him the importance of working with and not just for local communities, and helped develop his leadership skills, empathy, and ability to listen.

Sebastián’s previous experiences and his love for travel motivated him to create an ecotourism operation in the Patagonia area of southern Chile, which he maintained with his business partners, until he married and they moved to London for graduate school.

In 2009 Sebastián created Travolution.org as part of his work for his master’s degree. Ever since, he has invested all of his energy and resources into developing this initiative to increase its potential to impact rural development.

Sebastián has received various acknowledgements for his youth leadership abilities: In 2003 he was recognized as one of Chile’s 100 Young Leaders in El Mercurio, the most important newspaper in Chile. In 2004, he was recognized by the Inter-American Bank as a Young Leader of Latin America and in 2009 he received a scholarship from the London Business School to join their Summer Entrepreneurship School to work on Travolultion.

Sebastián’s life-changing experience with Un Techo, his experience starting an ecotourism organization and his contacts in London have helped him to understand how to assist isolated rural communities to develop the confidence to dream big dreams and turn community-based tourism from an empty marketing slogan into a reality for hundreds of previously isolated rural communities throughout the world.