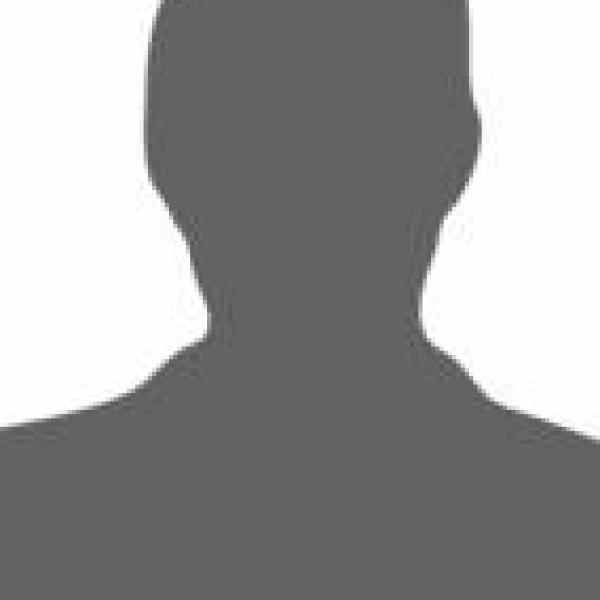 Octavio Duque has spent years experimenting with initiatives to protect the livelihood of small rural producers, stem the flow of urban migration, and guarantee the ecological sustainability of the land upon which they depend for subsistence. His first major innovation was the creation of the Network of Civil Society Natural Reserves (NCSNR), which he founded in 1991 to encourage landowners to turn uncultivated land into reserves, creating "ecological corridors" between protected regions. This movement has already achieved national recognition, and is particularly relevant because the concept of "reserve" it has established has expanded to embrace land that is still in production - an explicit acknowledgement of the importance of conservation tactics that incorporate the needs of people who rely on threatened land for their income. Having served as President of the NCSNR from its creation through 1997, Octavio has now stepped into the Vice-President role in order to focus more on the replication of his second significant innovation, the adaptation of the traditional Minga model of community organization. The Minga is a social structure known throughout the Andean region, and used on an occasional, short-term basis to pool labor for specific tasks. But Octavio has demonstrated in five municipalities that the principles and cultural appeal of this structure can be resurrected for ongoing productive organization. In specific response to the "vertical" management and declining real participation in the cooperatives he started and observed in Colombia, Octavio drew on the looser framework of the Minga to promote community identification of core areas of concern, followed by commitment of small producers to involvement in only one specific area - community organization, research, conservation, sustainable production, local leadership development, ecotourism or youth education - a commitment they have proven more likely to sustain than the broad economic co-dependence of the cooperative. The best proof of the success of this modified approach are the increased yields and noticeable lifestyle improvement for farmers participating in the Minga, and the requests for replication of the model that Octavio has received from across Colombia and beyond.

As in so many other countries, subsistence farming and unsustainable environmental practices lead to depletion of the land's productive potential, and eventually to the departure of a significant proportion of the rural population - especially young people - in search of elusive work opportunities in metropolitan areas. In Colombia this problem is exacerbated by the ongoing civil conflict and rampant drug-trafficking, whose violence drives even more people into the shanty towns of the country's major cities. Since the cities do not have the infrastructure or economic vitality to sustain the new arrivals, there is a desperate need for rural development strategies that will reduce migration rates and offer viable productive alternatives to those who seek to return to their areas of origin when the conflict ends. National census data shows that, since 1950, rural dwellers have fallen from 70% to 28% of the population. During the same period, Colombia has become a net importer of basic foodstuffs, a sign of the weakness of the rural economy, but also of lost potential for the productive employment of thousands of the country's rural poor.

After family responsibilities challenged Octavio to return to his rural roots in 1980, he founded the Association for Rural Development (ADC) in response to multiple requests from local farmers for help in accessing working capital and technical training. The ADC started off with a focus on credit for women, but as men saw the success of the program, they asked to be involved, a sequence that led to a culture of increased respect for women's labor in the region. With funding from a Canadian organization, Octavio expanded the credit program to include a participatory reflection process, diversification of production, de-emphasis on extraction, and assessment of environmental impact. At that point, ADC chose to foment cooperative formation because it seemed the most obvious form of organization. This cooperative increased yields and reduced dependence on timber extraction, therefore creating a space for discussion of forest preservation strategies, which Octavio expanded to include experiences from other areas of the country, and in 1991 he founded the Network of Civil Society Natural Reserves. But as the cooperative and network grew, he noted the emergence of vertical management by a small proportion of participants, bureaucratic tendencies, and declining interest among those less involved, all of which signaled a need for an organizational alternative.

In response to this need, Octavio fixed on the Minga experience of occasional mass cooperation in community projects, and experimented with ways to apply it to longer-term economic and environmental associations that would be less rigid than cooperatives. The model quickly spread through five municipalities in the department of Nariño, and learning from the more "horizontal" decision-making process, the ADC converted its own management structure to a Minga model. Participants must commit to involvement in one of the seven focus areas;

*Spreading the MINGA model to other communities.

*Conserving rural biodiversity through the creation of natural reserves, while offering environmental education to the communities and visitors.

*Participatory research (without the presence of development experts) to promote the systematizing of local knowledge.

*Sustainable production to guarantee a stable nutrition supply to rural families, as well as a commercializable excess.

*Ecotourism and the conversion of farms into natural reserves that serve as environmental education areas and vacation spots for tourists, offering alternative income generation and creation of jobs for youths.

*Local leadership development, an ongoing process of training for participants who can teach the Minga experience to people from other communities.

So far the ADC has had a direct impact on 1500 people, and an indirect impact on another 30,000 people per year with whose communities the experience has been shared - every two years Octavio organizes an international forum for the participation of civil society members, the government, intellectuals, campesinos, women, indigenous people, children, workers and students from across Latin America. The people who attend the forum are referred to as "Disoñadores de America", a neologism signifying "Idea/Dream Designers of America." One of the outcomes of this forum is a published book that gets widely distributed. Octavio has already received requests to replicate the Minga model more formally in eighteen areas of Colombia. Farmers and technicians involved with ADC have also been invited to discuss their work in Spain and Chile.

Other strategies that Octavio employs to spread his model include itinerant workshops, articles in the press and other publications, videos about the experience, and inviting groups and people of strategic importance (politically influential, economically, from the State) to visit the model and witness how it effectively functions. In the various aspects of Octavio's project, he has received support from national and international organizations such as Ecofondo Corporation and the World Wildlife Fund, among others. His educational videos are produced and distributed with the assistance of the Colombian Multicolor Foundation (FCM). Now Octavio seeks to leave the management of ADC to others so that he can travel and more aggressively market the spread of his idea, taking advantage of the significant network of NGO contacts he has developed over the years, in Colombia and beyond.

Octavio grew up with a strong motivation to be involved in social service. Despite having to maintain a family with thirteen children, his parents always dedicated a lot of energy to organizing social service activities for the most needy citizens of their city. Influenced by his Christian upbringing, he opted for the seminary to become a Jesuit priest. Octavio cites his time with the Jesuits as leaving an indelible mark upon him because it was during those years that his passion for social justice was refined. Octavio started to work in community organizing in poor districts of Bogotá, but after the unfortunate death of his father in 1977, he felt compelled to return to the family farm in Pasto to support his mother and younger siblings. Living in Pasto, he formed strong relationships with the local farmers and realized the importance of supporting them and rejuvenating their traditional values. In the quest for an alternative approach to local development based on the management of one's own resources, Octavio created the Association for Rural Development .