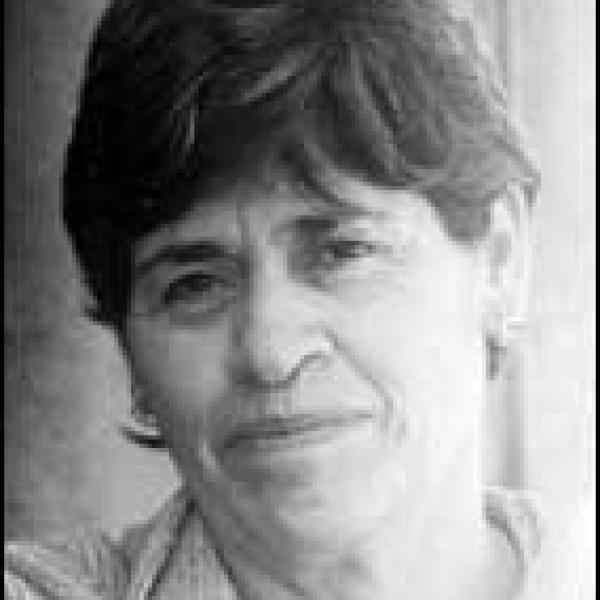 Mariana Galarza combines natural medicine and homeopathy with modern techniques to give under-served citizens tools they need to take control of their own health. She is also working with medical schools, doctors, and state agencies to encourage a move away from simply curing disease to a system of prevention and well-being.

Mariana Galarza is empowering Ecuador’s citizens to take control over their health. In a world where the expensive curative medical model dominates, she believes a healthy society will emerge only when people “create their own health,” making daily decisions to prevent disease. To realize this vision she provides citizens with simple practices based on traditional and popular medicine, information to make common sense nutritional and lifestyle choices, and easy-to-follow guides for decision-making around disease. Over the past 14 years Mariana has systematized methods for both implementing these practices and for training others to do the same.
With these tried and true methodologies, Mariana is rebuilding Ecuador’s health system from the bottom up and the top down. On the community level she has created new institutions and roles for educators and professionals to administer her content. These replicators reach directly into the spaces in which people live—their homes, schools, and places of work—with simple solutions for better health. Mariana has simultaneously begun to reform the macro-level institutions that currently govern health, already tackling the Ministry of Health and the medical education field.

Ecuador’s health system shares a problem common to many countries: the existing health infrastructure narrowly orients all care toward curing disease. It emphasizes resolving existing illness rather than preventing it, ignoring the myriad of factors that contribute to illness—nutrition, emotional state, and the environment—to instead focus on purely biological links. The medical system then institutionalizes this perspective. Medical schools train doctors to recognize and treat illness as a biological phenomenon, often only including one or two lessons on nutrition in their curriculum. Insurance companies and government assistance programs structure their coverage accordingly. Even public health campaigns and government funded health improvement programs take this narrow focus.
A multiplicity of factors underlies this phenomenon. In a country with dire health problems, state and private funders allocate their resources to the most immediate need. From a financial perspective it makes sense to treat patients for their current symptoms and short term concerns. But not all of the reasons are so practical. On a less tangible level, the current medical paradigm, practiced and preached as the irrefutable product of modern science, disregards holistic well-being and prevention. Doctors can treat physical symptoms more easily than they can change behavior.
Ecuadorian citizens absorb the message they receive from the medical establishment. They come to view health as a scientific matter best left to the experts and understand disease as something to be cured rather than prevented. Even in areas such as nutrition, where public health campaigns have created some awareness, people lack the information they need to confidently act. This attitude engenders societal complacence—urban elites and subsistence farmers alike relinquish control of their health to the professionals around them.
Like its causes, the manifestations of these problems also have their roots in financial considerations. The illness-based approach to medicine is expensive. In the developing world, this puts health care outside of the reach of most citizens. Today three million Ecuadorians have no access to health care and another eight million are without health insurance. For those without access, the ramifications may include more illness and a reduced quality of life—which means greater expenditures in the long term. This has become particularly important as the chronic illnesses that plague affluent societies, such as diabetes or heart disease, become more prevalent in Ecuador. These diseases require long-term lifestyle changes that today’s medical system is not prepared to address.

Mariana recognizes that people tend to stick to their old ways; doctors and patients will change their behavior only if they find it easy to do so. Fourteen years ago, Associación Vivir began to develop a systematized and replicable model for medical attention, rooted in often overlooked but basic medical principles: prevention and environmental factors. Manuals geared to medical practitioners supplement their existing knowledge, while basic tools—such as multi-focused diagnostic sheets—make it easy for physicians to alter their current practices. For the average citizen, good health practices follow straightforward rules learned from a simple set of tools and accessible workshop content. Nutrition, for example, becomes a matter of color; recipes and tools explain how meals should include a mix of vegetables that span the rainbow and how each nourishes a different system in the body.
Mariana is working on the local level to create parallel medical institutions to provide holistic treatment while introducing community members to the tools—and infusing them with the spirit—to begin taking ownership over their own health. To reach large numbers of people, Mariana relies on the convening power of existing institutions. Municipal councils, church dioceses, and schools pay what they can for Associación Vivir trainees to hold workshops on the creation of health. Outside of these periodic lessons, Associación Vivir’s partnerships with municipalities enable it to establish health schools in each town. A member of each community, generally already working in the health field, receives training to serve as a resource and educator for the community, along with written and illustrated materials to facilitate their work.
While Mariana knows that working at the “grass roots” level is an effective way of empowering people, it will not resolve the structural problems facing the medical field. So she is also changing the way medical institutions go about their work. Because established doctors are loath to change their habits, Mariana follows a multi-tiered approach to reforming the profession. She has created partnerships with Ecuadorian universities and American universities, such as the University of Cuenca and San Francisco University, to spread a curriculum she developed for students who will become Ecuador’s future doctors, nurses, and health promoters. A new specialization, developed in a partnership between Mariana and the World Health Organization, has begun to produce the next generation of doctors with expertise in the creation of health. To supplement in-class lessons, Associación Vivir arranges medical rotations and internships in preventative and holistic health, already serving several dozen students. For more established medical professionals, where conversion has proven impossible, Mariana intercedes in smaller ways providing shorter courses and workshops alongside new diagnostic tools.
Beyond reforming the medical profession, Mariana has set her sights on state health policies and the system that finances them. Years of battling the bureaucratic Ministry of Health recently paid off with a new sub-ministry devoted to promotion of health. Most of Ecuador’s citizens, and particularly those with fewer resources, seek medical attention directly from government clinics. Federal funds also account for the vast majority of spending on non-direct health services, such as public health campaigns, training for professionals, and other health promotion services. Mariana’s victory amounts to a solid platform from which to fund the spread of a new approach to health. And Mariana has not left the direction of that ministry to chance—she sits on the small committee that will define and oversee the role of this new institution.
Only over the last two years, as the base of her work was consolidated, has Mariana identified the key role that the private sector must play in spreading holistic and preventative medical practices. Today’s medical field is a market and its problems are essentially financial. Insurance firms choose to focus on curative medicine because they believe it is better business than emphasizing preventative care. Similarly, corporations and employers elect to disregard the health of their employees, seeing it as an additional cost to incur. So Mariana has teamed up with several groups of academics to provide the solid evidence that these practices are more than just antiquated—they are also financially unsound. Evidence has begun to trickle in from studies in developed countries, but local analysis has yet to prove that preventative and holistic care is cheaper than treating illness. The underlying concept is simple. In the case of insurance firms, it costs less to work with a diabetic patient to eat well than it does to amputate his or her limb. For corporations, healthy employees are more likely to be productive and present. Mariana has begun conversations with corporations interested in learning more about how to reach their employees with this mutually beneficial message.
After years of perfecting the methodology and content of her work, Mariana has recently re-launched her enterprise with the goal of reaching all of Ecuador and beyond. In addition to her new work with the private sector, which has potential to reach larger audiences and comes with funding attached, she has begun utilizing mass media as never before—a weekly radio address and regular guest appearances on TV have begun to position her as a national spokesperson for her cause. To facilitate these new roles, Mariana has consciously restructured her organization and the use of her own time. As she ends her private practice and ceases delivering workshops herself, Mariana is poised to reach millions with the messages and practices they need to create their own health.

Mariana’s mother had a strong early influence on her life. After her father died when she was five, Mariana was inspired by her mothers’ strength as she raised eleven children on her own. Leading by example, Mariana’s mother taught her children values such as a strong work ethic, responsibility, and spiritual strength. As a child, Mariana chose to spend much of her time in the countryside and sought out opportunities to teach reading, writing, and math to poor children from these rural areas.
These early experience left their mark on Mariana, and she later chose medicine as a profession that would enable her to work with people. But even as a student, she found the current medical paradigm inhumane—it focused on illness and organs rather than on people and their lives. So after finishing her medical degree, Mariana pursued additional studies in homeopathy, acupuncture, and the medical traditions practiced by indigenous people. By combining these holistic practices with the basics of nutrition, cooking, anthropology, and traditional medicine, Mariana pieced together an approach to heath that she found both scientifically legitimate and personally viable.
In 1989 Mariana launched the first Associación Vivir to experiment with education techniques that would allow her to spread her knowledge. In the intervening years she has perfected a series of methodologies and materials for achieving that end while slowly reframing her organization as a platform for changing medical practice in all of Ecuador and Latin America.