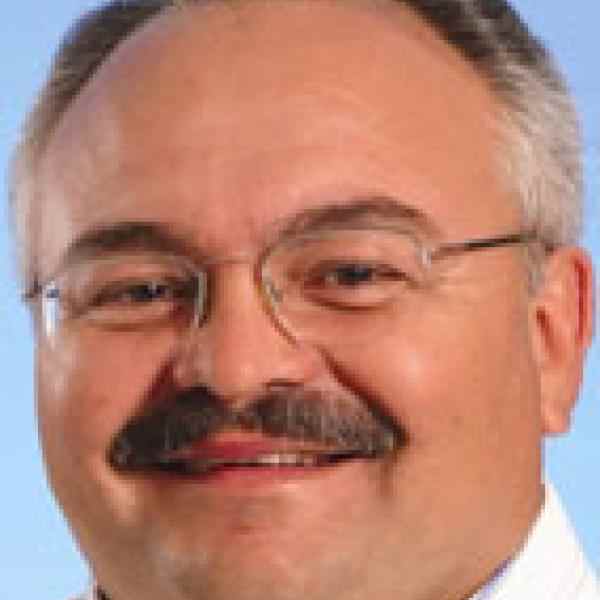 Carlos has introduced a new technology to improve the water supply in the semiarid regions of Brazil most affected by drought. In contrast to the deep wells the government typically digs, shallow tube wells are less expensive, easier to build, and more efficient at producing water. Most importantly, they do not tap into the high-salinity, unusable water found at greater depths. Although shallow tube wells are common in Brazil’s coastal regions, Carlos was the first to adapt the technology and bring it to inland semiarid regions. Since 1999, he has constructed almost 4,000 wells with the participation of local communities.
Carlos realized that new well technologies are useless if they aren’t accompanied by community-based management, participation, and ownership. He believes local residents themselves need to dig and maintain the wells in order to benefit from them. Participating in the process of obtaining water in arid regions transforms a community’s perception of what it can achieve. His Irrigated Family Agriculture program supports well construction by providing access to loans, technical production aid, and assistance in selling the crops made possible by new irrigation systems.
Local governments have historically controlled the water systems in Brazil’s semiarid regions, so Carlos has established partnerships with the government that will allow his system to proliferate. He is working to develop public policy that will guarantee access to water in drought-affected regions.

Brazil’s semiarid regions suffer from continuous water shortages that result in social, economic, and political problems, including social exclusion, migration from rural to urban areas, low productivity, corruption, and dependence on the government. The search for solutions is complicated by the “drought” industry, which primarily benefits politicians and concession companies that grant access to water. Brazil’s semiarid land receives very little rainfall; what precipitation it does receive is unpredictable. It also faces long periods of continuous high temperatures and limited thermal ranges. The soil in these areas is generally unfit for agriculture and at high risk of desertification.

Brazil’s semiarid area is the world’s largest, in terms of both area and population density; it covers 976,743 square kilometers, or 80 percent of the country’s Northeast. Over 40 million people live in this region, which is the poorest in Brazil. According to the country’s national water agency, the average Human Development Index for the region is 0.634, well below the national average level of 0.769.

The severe droughts that affect every state in the region are one of the most significant barriers to development. The lack of potable water destroys crops and creates food shortages. With no alternatives, farmers are forced to use contaminated water, leading to widespread disease and hunger. Ultimately, this leads to widespread migration from the countryside to the cities.

If substantial investments aren’t made in the region, an estimated 41 million people will not have access to water by 2025. The government has been building deep wells and cisterns to prevent this from happening; however, over 80 percent of these deep wells have high levels of salinity, making the water unfit for agricultural production or human consumption. Additionally, cisterns typically have a storage capacity of up to 16,000 liters per year, but are dependent on regular rainfall. When there isn’t enough rain, communities must rely on water trucks, which are often distributed as political favors from the government. The system not only fails those most in need of water, but also reinforces existing power structures and rampant corruption.

Not only have public programs failed to solve chronic water shortages, they have also been absorbed by political interests for the benefit of local governments and private companies. The entities that are granted concessions for water-related projects comprise what is known as the “drought industry.” The structure of the system prevents the development of alternative solutions and increases dependence on government. Families often barter their votes in return for “the favor” of the government building a local well. As a result, water has become a source of power.

A lack of permanent public policy to support sustainable rural development exacerbates the problem. Good credit is an integral component to improving livelihood, but the poorest farmers of the Northeast cannot meet the requirements of the Brazilian Central Bank. The farming community also lacks appropriate technology, infrastructure, and education. Large numbers of people from semiarid areas have migrated to urban centers because of this situation, while those who remain continue to struggle under the same precarious conditions.

Through his Instituto Sertão Vivo, Carlos helps communities in semiarid zones construct shallow tube wells near the shores of temporary rivers and streams. Working with local community associations, Carlos finds small rural contractors that he works with to plan and develop a new strategy for water extraction. By placing local communities at the center of this process, the Instituto Sertão Vivo not only works on the technical problems presented by water shortages, but also empowers communities by turning water into an asset. Communities are responsible for both building and maintaining wells, fostering new associations and cooperatives among rural families, and redefining relationships with companies, politicians, and the government.

Carlos began his work by proving that shallow wells constructed with simple equipment along dry streams and riverbeds could indeed provide access to water. Rainwater accumulates in underground layers near the surface of streams and river beds and, through shallow tube wells ten meters deep, it is possible to access an average flow that is double that of deep wells in the region. This method also allows communities to determine salinity levels prior to construction, ensuring wells that are only built where salinity levels are acceptable for agricultural production and human consumption.

To implement this program, the Instituto Sertão Vivo always involves local associations, which can mobilize rural contractors and local governments. The Institute teaches the shallow well model and promotes community responsibility at local meetings. Fostering ownership from the start gives each community an integral leadership role in its own process. This system circumvents political arrangements and paternalistic practices that often exploit the population, and thus converts a culture of dependence to one of self-sufficiency. The Institute establishes partnerships with local governments to help fund the wells, while surrounding communities provide the necessary labor. Each community also manages the supply of treated water, which allows them to compete with the companies building deep tube wells and destroying the community—government relationship.

The project’s second goal is to ensure sustainability for rural families. The Institute’s Irrigated Family Agriculture project allows small farmers to diversify the type of products they produce, and consequently increase their income and the number of people they employ. Once they have access to water, farmers select new crops to plant, while the institute provides access to funding and technical support for production and product marketing. This process differs from traditional crop irrigation models by promoting small-scale fruit and vegetable production and demonstrating the viability of a diversified approach. For the local population, this not only improves daily diet, but makes produce available throughout the year. For farmers, it means increased income; one hectare of irrigated land ensures a net monthly income of over 700 Real, even between rainfalls.

To develop his work, Carlos is building partnerships with the public and citizen sectors. Local city associations unite and mobilize their communities, while local governments pay for materials to build the wells. The Institute has also established partnerships with Sebrae, a support service for small companies, to help build the skills of rural producers, and with the Federal Savings Bank, which funds water supply systems and infrastructure. By empowering local associations, Carlos has also been able to secure funding from the Bank of the Northeast and the Bank of Brazil to invest in agricultural irrigation.

The results of this work are already visible locally, regionally, and nationally. In Brazil, Carlos has built nearly 4,000 wells in six states, along with wells in eight-six cities. Together, these reach a total of nearly 3,600 families in the state of Ceará alone. In addition, Carlos has influenced crucial public programs in the state of Ceará. These include wells in the Semiarid Program, which aims to build 5,000 wells in the one hundred cities most likely to be affected by drought, as well as other programs that provide technical assistance, funding for energy networks and agricultural mechanization, and skill-building for technical contractors.

Carlos is currently focusing on his partnerships with private sector, which he hopes will help him to incorporate new technologies into his strategy. He is also working with both government agencies and civil sector organizations to develop the Semiarid Development Network. This organization will act as a local development agency, influencing public policy on the national level and guaranteeing access to water and investment in drought-affected regions. He is working with Ashoka Fellows such as Willy Pessoa to build this network. Carlos believes that this social network will help him expand the scale and scope of his project at a lower cost and turn his model into a national policy both in Brazil and abroad.

Carlos was born in the state of Ceará, and, with his mother’s encouragement, became involved in social issues at an early age, often taking a leadership role. In 1987, he began coordinating the Community Support Group, which promotes local associations, a landmark for the development of civil society in Brazil. Starting in 1989, he was elected as a city council member for three consecutive terms, where his work defending associations helped promote local autonomy and political involvement. He was then elected President of the municipal chamber of Quixeramobim for two years, where he used his legislative influence to benefit local organizations.

Later, as political coordinator of the government secretariat of the state of Ceará, Carlos combined funding from the state and the World Bank to build cisterns, community centers, streams, dams, energy networks, and water supply systems for over a hundred rural communities. During this period, he began working with the State University of Ceará and the Université François Rabelais in France Pingo D’água (Drop of Water), a project that secured a guarantee from the city government of Quixeramobim to finance irrigation systems and led to a major water revolution in semiarid Ceará. It promoted low-cost agricultural irrigation systems, and generated jobs and income in the countryside, even during periods of drought. Beyond agriculture, the project developed residential water supply systems. Pingo D’água received a number of awards, and Carlos realized he needed to expand it its reach, so he established Instituto Sertão Vivo to disseminate his work.