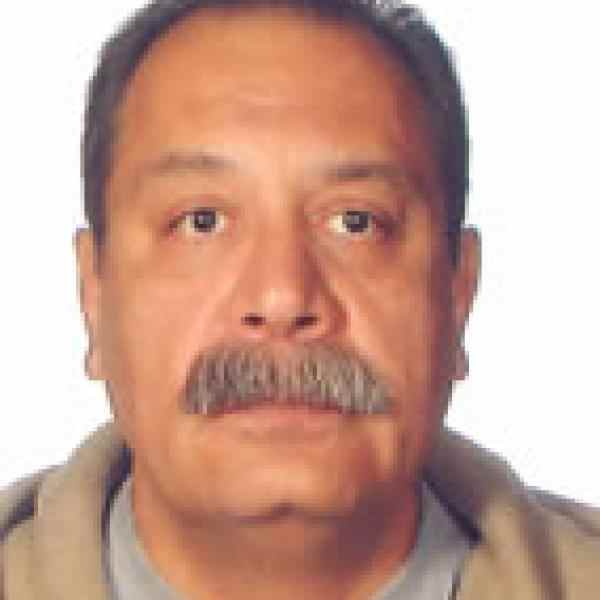 By creating a network of Jesuit services and advocacy alliances for migrants throughout Canada, the United States, Mexico, and Central America, Vladimiro Valdés is tackling the continental problem of migrant vulnerability using a continental solution and marking an important departure from the current pattern of isolated and uncoordinated programs attending to migrants throughout North America.

Vladimiro is the creator and principal promoter of the Red de Servicio Jesuita a Migrantes Centroamérica y Norteamérica (Jesuit Migrant Support Network in Central and North America). As a Jesuit priest who has worked extensively with refugees in Central America and southern Mexico, Vladimiro realized he could tackle two gaping deficiencies in migrant support—the need to address continental migrant flow and the lack of coordination among Jesuit services for migrants—by building a migrant support network on top of the existing administrative infrastructure of the Society of Jesus (official name of the Jesuit order) in the Americas.

The Jesuit Migrant Support Network has two characteristics that distinguish it from other migrant support services and advocacy groups. First, Vladimiro has superimposed the developing migrant support network on top of the existing Jesuit administrative network in Central and North America, a network that is mature, far-reaching, and highly consolidated. Piggy-backing on the Jesuits’ administrative structure has given Vladimiro immediate access to a vast web of people, resources, and knowledge, from the earliest stages of the migrant support network’s development. While different Jesuit provinces had been administering their own support services for migrants, Vladimiro coordinated their efforts via this network. The network’s services are available to people of all backgrounds, entirely independent of their religious affiliation.

Second, the pan-continental structure of the Jesuit Migrant Support Network enables the Jesuits and their partner organizations—including many non-Jesuit groups—to address the true nature of migration in the Americas—flow of people, economic resources, cultures, and social problems like violence, drugs, and human rights abuses—rather than attempt to treat these issues topically in isolated communities. Whereas many migrant support programs tend to address migrant needs in specific locales, such as individual communities of origin or destination communities, the Jesuit Migrant Support Network coordinates Jesuit services for migrants from Central America through Mexico to the U.S. and Canada to reduce migrants’ vulnerability on a truly continental scale.

According to Vladimiro, the fundamental problem with migration from a human rights perspective is the fact that difficult economic circumstances at home force many Central Americans and Mexicans to migrate to Canada and the U.S. In this sense, migration among this particular population is far from a voluntary phenomenon; it is the result of sheer economic forces.

At the same time, even as the imbalance between the economic needs of Canada and the U.S. and those of Mexico and Central America draw labor northward, immigration policies condemn these migrants to illegal status and all its attendant complications. “They give the migrant work but they don’t give him permission to work,” explains Vladimiro. This incongruity between economic and political realities consigns migrants to a state of vulnerability, exposing them to violence, extortion, human rights abuses, and psychological and emotional stress. Given their illegal status, these migrants have no recourse to the court system if they have been victims of abuse, and even some groups and organizations that attempt to provide humanitarian assistance are penalized. One of the priorities of the Jesuit Migrant Support Network is to reduce their vulnerability throughout Central and North America.

Another problem Vladimiro addresses through this network is the previous lack of coordination among the Jesuits and non-Jesuit partner organizations offering services to migrants. This lack of coordination results in scattered and isolated programs that may address the needs of migrants or their family members in a very limited geographic or thematic sense, and it also implies lost opportunities for creating synergies between programs in different areas. As Vladimiro points out, migration in the Americas is ultimately a problem on a continental scale, not a local one. Moreover, local authorities and police are often part of the problem of migrant vulnerability, so local solutions do not work; instead, a continental approach is needed.

Vladimiro’s critical initial success was to convince the Society of Jesus to formally address the topic of migration in a coordinated manner throughout Central and North America. Since then, through his network and affiliates, Vladimiro has steadily developed and spread new methods for engaging and supporting migrants while addressing the root causes of South- North migration.

Vladimiro firmly believed that acting through the Jesuit order and its powerful global network of priests, novices, and supporters, would be the most effective way to execute his vision for a continent-wide migrant support and advocacy network. He coordinates the activities of Jesuit groups throughout the network from his office in Mexico City, largely depending on the internet as a communications and organizational tool for such a disperse network. He has financed his project through donations as well as personal debt.

At the original congress that was called to lay the foundations for this network, Vladimiro and his Jesuit colleagues decided to pursue two lines of action: Investigating the root causes of migration and reducing migrants’ vulnerability through a variety of interventions. The first component is the promotion of grassroots work with migrant populations, coordinated through a new migrant support network built upon the existing Jesuit administrative infrastructure. The idea is to encourage locally inspired and locally designed projects but to link them at the national and regional levels, thereby enhancing their reach, replicability, and efficacy. Examples of projects that have emerged at the local level and have been adopted and amplified by the Jesuit Migrant Support Network include a radio- and internet-based campaign to locate missing family members who have migrated to the U.S.; a human rights defense system that channels local reports of violations and abuses through a central hub to protect local migrant populations from retribution; and a series of self-help groups organized by the mothers, wives, sisters, and daughters left behind by male migrants. Vladimiro explains that the purpose of the Jesuit Migrant Support Network is to catalyze local projects like these while also linking them with each other in productive new ways.

The second component of Vladimiro’s strategy is a three-pronged high-level approach to reducing migrant vulnerability throughout Central and North America, consisting of (1) academic research on themes related to migration; (2) political advocacy on behalf of migrants; and (3) humanitarian intervention among migrant populations, as described above. The Jesuit Migrant Support Network works with a variety of both Jesuit and non-Jesuit partner organizations—such as universities and research institutes, lobbyist and activist groups, and other nonprofit organizations—to promote, design, and administer programs in all three of these areas in Central America, Mexico, the U.S., and Canada. This unique cross-disciplinary approach ensures that the Jesuit Migrant Support Network is actively involved with the theme of migration in a variety of arenas, not only in the humanitarian sector. For example, in addition to the grassroots migrant support projects discussed above, the Jesuit Migrant Support Network has also collaborated with Loyola University Chicago to create a post-graduate program in migration studies and has lobbied the U.S. and Canadian governments to revise their immigration policies, particularly with respect to deportation and humanitarian aid. By drawing upon the contacts of the Jesuit order, Vladimiro’s migrant support network is also connected with various international organizations that are useful allies in the fight to protect migrants.

According to Vladimiro, ultimately, the objective of the Jesuit Migrant Support Network is to ensure that all of the various projects under its leadership and coordination become self-managing, self-sustaining, and interlinked (in Spanish, he uses the acronym “AAA”—“auto-gestivos, auto-sustentables y articulados”). His long-term goal is to institutionalize the network to operate when he is no longer part of the organization.

Vladimiro was born and raised in Mexico City. Although he studied chemistry as an undergraduate, he remembers being concerned by the societal problems that he witnessed in Mexico. Two of Vladimiro’s aunts were very religious and inspired him to consider entering a religious order. In 1975, he joined the Society of Jesus as a novice in Guadalajara. He complemented his theological studies with graduate work in philosophy and sociology.

Early in his career Vladimiro served as a housing consultant and domestic violence counselor in Ciudad Nezahualcóyotl, a municipality just outside Mexico City in the State of Mexico. He soon moved to the southern part of the state of Veracruz, working for three years with the nonprofit Fomento Cultural y Educativo, A.C. (Cultural and Educational Promotion), which fought for the political and economic rights of the heavily indigenous local population. While in Veracruz, he helped to found various other campesino organizations and coordinated them through the Frente Popular del Sur de Veracruz (Southern Veracruz Popular Front).

In 1989, Vladimiro moved to El Salvador to join the Jesuits’ efforts to help Central American refugees. He worked with the refugees for eight years and became the refugees’ chaplain in the diocese of Campeche in southeastern Mexico. He later became Director of the Servicio Jesuita a Refugiados (Jesuit Refugee Service) for Mexico and Central America. Vladimiro’s extensive first-hand experience with the refugees helped motivate his desire to establish the Jesuit Migrant Support Network in 2002; the same year he became Director of the Servicio Jesuita a Migrantes-México (Jesuit Service for Migrants-Mexico). Since 2002 he has balanced Directing the Servicio Jesuita a Migrantes-Mexico with coordinating the Jesuit Migrant Support Network out of his office in Mexico City.

Vladimiro’s long-term ambition is to see his migrant support network model spread to other regions of the world that are also affected by migration, such as the Caribbean, South America, Africa, and Europe. Vladimiro is driven by his conviction that all people have the right not to migrate or at least the right to migrate peacefully and of their own volition.