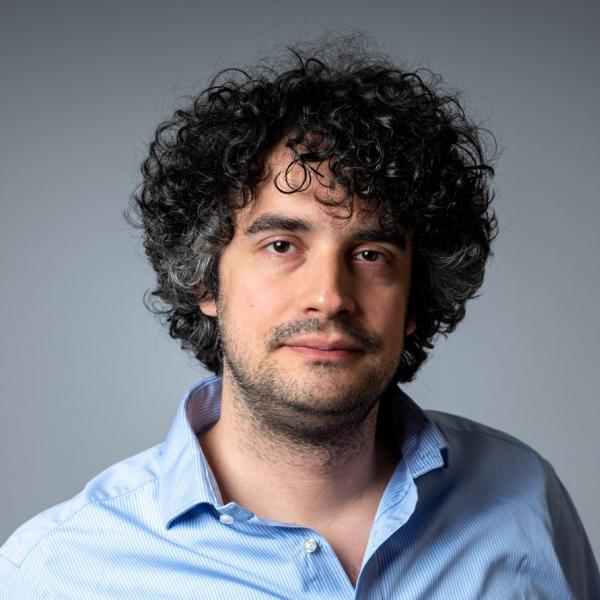 Through his work in K-Monitor, Sandor aims to create a renewed sense of ownership and trust between the citizens and the public institutions of Hungary. By equipping citizens with tools and knowledge to fight the issue with a bottom-up approach, and by bringing decision makers on the same page to increase accountability and transparency within the governing bodies, Sandor aims to end the historical problem of corruption in Hungary and beyond.

K-Monitor acts as a hub of solutions to bridge the trust gap in Hungarian society. In order to tackle corruption on each level of governance, K-Monitor enables and empowers citizens (1) to recognize acts of corruption and (2) to find points of intervention to stop such acts. To facilitate this process, K-Monitor organizes groups of volunteer hackers to utilize technological tools to help citizens make sense of the public data that has been made available.

After the potential causes of corruption have been made clear, K-Monitor then activates citizens and decision-makers to come together to increase accountability in the decision-making processes. In this second part, K-Monitor works with a new generation of political leaders who work mostly on the local level and are active in rural Hungary.

Sandor sees an opportunity in leveraging the value of transparent and accountable leaders in political conversations to encourage political parties to prioritize this effort. By providing the enthusiastic municipalities with tools to increase transparency, by showcasing the best practices of openness in the governing positions, and by bringing local municipalities together to share their learnings, the K-Monitor team is triggering a new movement in the political sphere of Hungarian society.

Like many newly built democracies, Hungary has suffered from the effects of corruption for almost 30 years. The disconnect between newly emerging institutions and citizens grew bigger as political parties and governments kept decreasing the amount of accountability in decision-making roles. Although many government administrations worked in ending the petty corruption in the country, bigger problems remained: distorted competition for public procurements, the appointment of decision-makers based on loyalty instead of merit, the illegal enrichment of family members of officeholders, and so on.

Sandor noted that as citizens begin to relate to leaders more than the institutions they are representing, the acts of populism, nepotism, and corruption start to rise in day to day practices. Over time, democratic processes weaken, and trustworthiness decreases within society. In the long run, corruption slows down the economic progress of a country. Irregularities in public procurement decrease the efficiency of the system, causing deductions in other budgetary items. According to different calculations, the costs of corruption in the EU are estimated to be somewhere between 120 billion EUR and 990 billion EUR.

According to Transparency International, Hungary, along with Romania, was the second most corrupt EU member state in 2019. The biggest cause of corruption is seen as the cultural norms that are embedded within society, depreciating citizens’ feeling of ownership over institutions. Although the change of regime from communism to democracy happened 30 years ago, because this was the result of a top-down shift, it left no time for citizens to understand or adopt the rules and norms of a democratic society. In addition to cultural problems, the disconnect between the local and central institutions of Hungary caused a broken cycle of accountability between municipalities and the central government. Public procurement became vulnerable to personal relationships between the political leaders and the local business owners.

As the polarization in the world increases, Sandor sees an opportunity to engage more citizens in the fight against corruption as trustworthiness still stands as one of the core values that is recognized by citizens of all sides, regardless of their political stance.

Sandor believes the healthiest way to tackle corruption of all sizes is to empower citizens, with tools and knowledge to first understand the corruption, and then to organize local action groups to hold decision-makers accountable. In order to build this new norm in the society, K-Monitor works with a variety of stakeholders to ensure all systems support citizens in this journey to further transparency.

In a three-fold approach, the K-Monitor team first unlocks the changemaking potential of technology enthusiasts and hackers to come together, build a community, and reinvent existing IT tools to serve citizens in the fight against corruption. A big part of this initial strategy consists of using the available public data on government spending, governance structures, and so on. If data has not been made available by the related institutions, the K-Monitor community uses their rights as citizens to request that specific data set.

In the second pillar, K-Monitor elevates the best practices of decision makers and brings politicians and public servants together to accelerate peer-to-peer learning. In collaboration with other NGOs, K-Monitor designs the principles for transparent governance to shape the sector in the long run. The team also maps mayoral candidates adopting such principles to help citizens identify and assess these leaders easily. Thanks to the effect of these maps on voters, 400 candidates running in the local elections in 2019 have accepted K-Monitor’s transparency principles. Out of these 400, 200 were elected to office and are working across 60 municipalities of Hungary. K-Monitor offers free of charge trainings and paid consultancy services to these local leaders to help them build the best tools to increase transparency and accountability in their local offices. This also acts as one of the income generating activities of K-Monitor, helping them maintain their technological tools and database.

In addition to affecting local politicians, K-Monitor builds strong relationships with the European Union and other stakeholders in the international sphere to enforce anti-corruption rules in the central government of Hungary. Thanks to this effort, the current Hungarian government agreed to become a part of the Open Government Partnership during their first term in 2012. Through this era, Hungary adopted new policies and principles around increased transparency. However, with the Orban regime becoming more and more despotic, the government left the partnership in their second term in 2016.

On the third level of their strategy, K-Monitor team uses all the data and insight they gather through their fieldwork and create policy papers and knowledge pieces for EU citizens to benefit from. One interesting example of this work includes a basic online test (K-test) that citizens can take to see how inclined they are to be an actor of cultural corruption. K-Monitor developed redflags.eu, an open-source procurement risk monitoring tool based on algorithms that is used by journalists and even government officials from all Central-Eastern Europe on a daily basis to monitor procurements.

K-Monitor’s future plans rely heavily on municipalities to act as the co-leaders of this transparency movement. The next generation of mayors has joined the fight against corruption not only to win the next election, but also to prove that they can bring better governance to their country, and efficiently manage the public budget. As transparency becomes a more important issue on the public agenda, more and more mayors are joining the anti-corruption movement built by K-Monitor.

From a very early age, Sandor stood out as a child with the ability to point out and tackle social injustices. He organized his first protest at the kindergarten dining hall, followed by supporting bullied peers in primary school. While traveling between Hungary and Germany due to his father’s job in the late 80s (before the Berlin Wall fell), Sandor met corruption for the first time, which seemed to him like the organized version of playground bullying he’d witnessed in the earlier years of his life. Having observed nepotism and bribing of the policeman during their long waits at the border gates, and feeling bad about other forms of injustice, Sandor decided to study international relations to change this system. He even founded a party at his primary school to organize his peers around their shared issues at school.

Later, Sandor was elected to the student council at middle school and for four years in a row at his university. He also acted as the student representative of his university’s ethics council and managed to change some of the legislation used at that time to meet the needs of the students and the university administrators better.

Shortly after his graduation, Sandor witnessed how a gentrification project was initiated by authorities at the heart of Budapest, and how silent citizens had become in the face of this injustice. He then founded K-Monitor to pursue his life-long passion on a systemic level.

In 2018, Sandor was selected to the Obama Fellowship for the innovative work he’s done in the field.