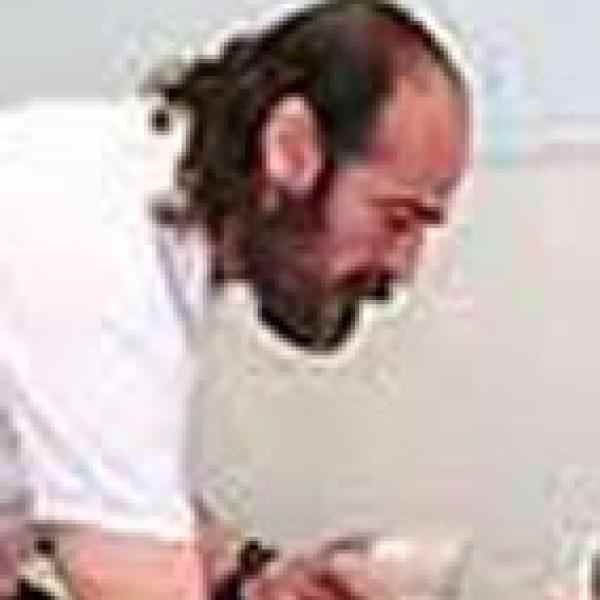 Rogelio Padilla is working to help street children in the Mexican city of Guadalajara escape the danger and misery of street life. The children are invited to live in a group home, where they govern themselves and become part of a supportive community.

Rogelio Padilla describes his work among street children in Guadalajara as an "ambitious and demanding program, with an immense capacity for listening and pardoning." He helps the children to transform their lives by providing a permanent home and empowering them to an extent many would think impossible. The home fosters a new ethic and self-esteem so that they can build better lives and help others avoid the traps of street life. As he puts it, his program molds good citizens, good workers, good parents, good students, good friends, good Mexicans and good social leaders opposed to injustice and corruption.One of the distinguishing qualities of Rogelio's model is that he incorporates "street children" and "children working in the street" in an integrated program that nurtures and educates both. Street children, almost always boys, have typically severed all ties with their natural families and literally live in the streets. They are subject to countless dangers and bad influences and often have no hope of ever improving their lives. The extraordinary transformation that takes place in street children in Rogelio's care gives them a unique opportunity to help others. They bring their peers into the home and also organize programs to assist children working in the streets, who generally have homes to go to but must work at vending stands during the day to help their families survive. Rogelio's street kids share their stories with those who may be tempted to leave their homes for the "freedom" of street life. This counseling provides a powerful incentive for working children to preserve their family lives and assume responsibility for their futures. In essence, Rogelio's work provides an alternative source of the supports for children traditionally expected from the family. Within a framework of long-term commitment, he has reproduced the components of parenting and sanctuary in a model that is replicated by the boys with each other and adaptable to other organizations.

Rogelio founded an organization with the apt acronym MAMA (Movement to Support Abandoned Minors), which has a large presence in the streets and in a variety of service centers; it also operates a homelike residence program. It has a staff of volunteers and a core team of committed, paid professionals. Rogelio and MAMA volunteers work in the streets every day, talking with street children and gaining their trust. They tell the children, who range in age from four to twenty-two, about their services and programs. Although many do not accept offers of assistance immediately, Rogelio believes it makes an enormous difference for them simply to know that someone cares about them.

Eventually many children come to MAMA's center to seek some kind of help. Those who are in the most need are invited to move into the house with the other boys. If they accept, their lives begin a transformation process as they adjust to living in a community where they are accepted and where they have a chance to regain control of their lives. All aspects of living in the home are decided by the boys who live there, and they must collectively decide on their goals and cooperate to achieve them. There is no time limit to how long they can live there, because it is intended to be a real home, not just a shelter. The kids who live in the MAMA house are committed to their newfound family and work hard to keep it together. With solidarity they help each other resist the temptations of street life and encourage each other's progress.

Once the boys know they have found a community they can depend on for years to come, they begin to reconsider the direction of their lives. With Rogelio's counseling and encouragement, they begin to confront the tremendous suffering they have had to endure and overcome their emotional scars. After a long struggle, most boys in the shelter resolve to renounce drugs, crime and other aspects of their former lives to pursue their education. Some enter formal schools, but Rogelio is continuously developing an educational program suited to the special needs of these children. Many have never attended school and need a pace and environment specially designed for them. Rogelio and his staff have developed the MAMA School, where 120 young people are primary education students in 1997. He has found that the boys themselves can make excellent teachers because they best understand each other's learning difficulties. Once older children master a subject, they design informal classes for the younger boys.

The boys who live in the MAMA house are frequently so enthusiastic about the transformation in their lives that they are eager to help others still trapped in street life. They join Rogelio in recruiting children from the streets and have designed a program specifically aimed at children who still live with their families but work many hours in the streets every day. The boys know the powerful temptations and influences that working children endure and are able to warn them about the tremendous suffering that comes with street life and provide a strong positive influence. They organize sports and other activities and share stories of their experiences. Since the hours of work often affect the children's performance in school, the boys also organize tutoring sessions and encourage the working children to concentrate on their schoolwork. They are continuing to develop new programs to help these children who work in the street.

Rogelio is establishing smaller group homes for the older boys throughout the city. They have the option of living in groups of five, working and paying their own rent with minimal assistance from MAMA. By mid-1997, the average number of young people participating regularly in the programs was about 300. Through media campaigns and speaking appearances, Rogelio encourages a national movement to establish similar homes throughout Mexico's cities while raising public consciousness about children's rights. He has attracted support from government sectors, private citizens' groups, the media and the church.

Rogelio has a very warm personality and gets a sense of fulfillment from his work and family life. His efforts with street children give him great personal satisfaction. He strongly believes that oppressed people can strengthen themselves by living communally and offering mutual support.

He adapted many of his ideas from his studies about kibbutzim in Israel and from working in Mexico's Christian base communities. Since the 1970's the Catholic church has developed a strong organization among poor communities throughout Latin America: Rogelio describes "an experience of evangelical reflection, of organization and action of the poor communities, building their hope," beginning when he was 15 years old. In addition to MAMA, Rogelio has founded other organizations dedicated to social action and aiding children. They include the Mutual Support Network for Social Action (RAMAS, which means "branches") and the Movement to Support Forgotten Children (MANO, which means "hand").