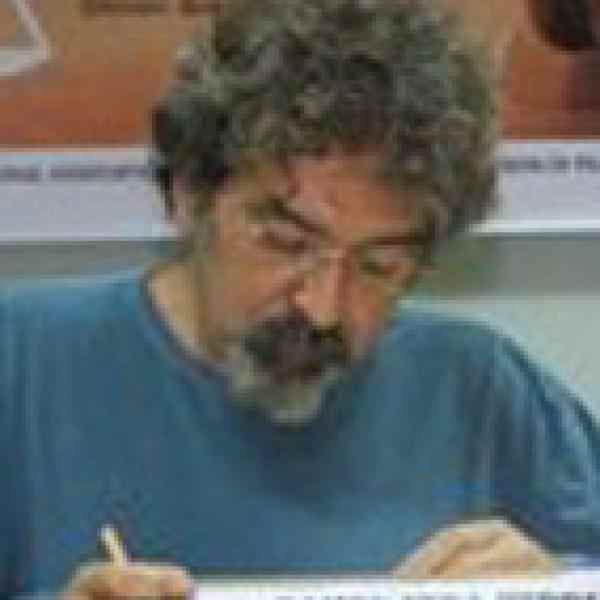 By not taking sufficient interest in the lives and culture of its indigenous groups, Mexico has permitted the silent exploitation, illegal imprisonment, and denial of basic services to a large number of her people. By not listening to what Mexican Indians have to say, Mexico is losing the opportunity to hear creative solutions to problems like environmental destruction. Ramon Vera is taking a stand on behalf of the Indian population and helping Mexican society to understand these cultures so that differences may no longer be seen as obstacles to greater equality.

For Indians to be accepted as equals within Mexican society without having to give up their culture, their own points of view need to be understood and appreciated by the majority who have traditionally ignored them. "Democracy is more than the vote," Ramon says.There are 56 indigenous groups in Mexico, speaking some 40 languages, most of these living in the isolated corners of the country where they have their own ways of seeing the world, of understanding and explaining life, death and rebirth.Although Indians represent 10 percent of the population, the majority of Mexicans have very little idea of how indigenous people think and feel. "There are people," Ramon says, "who say that Indian culture no longer exists, and that, quite simply, Indians should integrate if they want to improve their standard of living.""It would be easy to accuse the majority of being racist," Ramon says. "The non-Indian population has been apathetic and insensitive. Consistent, intelligent information has not been generated; consequently, the majority of the population has a stereotypical and one-dimensional view of these peoples." The country suffers because it is ignoring the people who are often in a unique position to help find solutions to pressing national problems. Although many Mixtec Indians have undergone the conflicts and problems of migration to California, few have consulted them on their difficulties encountered in integration or their perspective on problems of poverty. Greater respect for indigenous opinions might also lead to more creative solutions to environmental issues.

Indians are seen as exotic and distant. Movies have created the stereotype of the big chief and the noble savage. Academics have tended to study their cultures and languages in isolation, removing Indians from a wider context, and political theorists have used language that is not understood by the majority.

If indigenous communities were heard as people rather than as curiosities, the physical and cultural abuses they suffer might also be reduced. At present, an Indian illegally jailed or killed by corrupt bosses in rural Mexico hardly receives a paragraph in the national press. Furthermore, any kind of legal aid is an impossibility due to language barriers.

In trying to provide a medium through which indigenous cultures can be understood and appreciated by a large number of Mexicans, "can we manage to portray and not to betray the sense of what they are and what they say?" Ramon asks. It must be possible to create a vehicle that can reach beyond the centrality of Mexico City and provide information that is inclusive of many groups of Indians, yet is accessible and attractive.

Such a project must not be short term. It must go beyond the celebrations and media hype surrounding the 500-year anniversary of the Spanish Conquest. "It must be a voice that continues to be heard," Ramon says; "it must be a project that can grow."

To provide a medium through which indigenous communities could be respected rather than shunned for their differences, Ramon founded Pro-Mexico Indigena a.c. and became editor of Ojarasca, a monthly magazine that, in its first few issues, has established a healthy circulation of 6,000 issues through subscriptions and newsstand sales.

The work began two years earlier with the launching of the monthly Mexico Indigena, with Ramon as editor. Although he worked with a team of independent journalists, the magazine was published under the banner of the official National Indigenist Institute (INI).

Capitalizing on the success of the magazine, Ramon launched Ojarasca, working with the same team of journalists and calling on free-lance writers from a wide range of backgrounds: anthropologists, historians, progressive lawyers, community workers, journalists, photographers, film makers, and indigenous leaders. "The only requirement we insist on," Ramon says, "is that the ideas be creative, and at the same time, objective."

Creativity is the essence of the project. The 68 pages of Ojarasca interweave perspectives on the environment, magic, history, literature, music, economics, and news with a high standard of photography and design not normally associated with publications about the indigenous world. Indeed, some of the stories or articles are written in indigenous language.

There is a literary emphasis in the magazine (indigenous poetry, short stories, historical vignettes), as well as a journalistic approach (interviews, articles on ecology, anthropology, medical practices of Indian groups), as well as high quality photographs and drawings. "Together", says Ramon. "the two disciplines augmented by the photos have a larger public appeal." Although non-profit, Ojarasca has become enough of a financial success through advertisement and sales to now be self-sufficient. This allows Ramon to focus his attention on other projects.

In the longer term, the magazine will be the basis of a series of parallel projects. A documentation center with a photographic archive and a department specializing in regional studies hopes to revitalize local cultures and encourage communities to participate in their own development. Workshops within the communities will aim to provide Indians with the skills to write their own histories. Ultimately, Ramon hopes to establish small documentary centers in many communities.

Finally, Ramon hopes to use the photographic archives to provide material for a photographic display to exhibit on a tour throughout the Americas. Through this micro-history of indigenous groups, he hopes to reach a greater percent of the population. "Our primary objective is to help to interpret the past and organize it, without losing touch with the rich texture of dispersed knowledge, and to promote a future more open, directed and tolerant," Ramon says.

I have always been convinced that creativity can provide the key for changing relationships between human beings, Ramon says.

As a teacher, Ramon broke with traditional methods, encouraging students to make their own decisions and developing their human skills through drama projects and creative workshops.

Although his students were helping to manage school affairs and run food co-ops, Ramon talks about these days as "tentative". The work was very successful within the school environment but had very little impact outside. Ramon left Mexico to study how other countries put social projects into practice. He worked with creative-based community projects in Canada and England before receiving an invitation by the United Nations High Commission for Refugees to work in Honduras where he became involved in the fight for the human rights of people needing protection within their 'host' country.

Returning to Mexico, Ramon began to adapt his wide experience to the conditions at home. In addition to writing numerous articles on indigenous culture, he tracked down, catalogued, and reissued lost works from Mexico's first publisher, organized education workshops for farmers and traders in the State of Mexico, and scripted a weekly radio program. As editor of Mexico Indigena and later as the founding member of Pro-Mexico Indigena a.c., Ramon has continued to develop his interest in popular education.