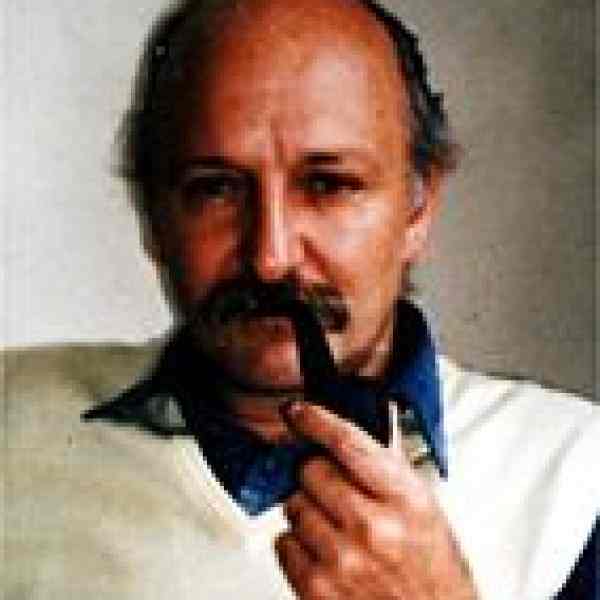 Having worked for more than 25 years with indigenous communities in Peru, Pedro García is now helping such communities throughout the Amazonian region to gain a better understanding of the nature and consequences of the &quot;biopiracy&quot; of the Amazon and to devise alternative approaches that will defend their rights and protect the region&#39;s rich and diverse natural resource base.

Pedro García is convinced that the time is ripe for a concerted effort by the indigenous peoples of the Amazonian region to gain effective control over the use of the region&#39;s biological resources and to develop strategies that will both protect those resources and advance the economic, social and cultural interests of their communities. In pursuit of those aims, he envisages a several stage process that will enhance indigenous communities&#39; awareness of the ways in which they are currently being exploited, encourage discussion and debate over legal remedies and alternative courses of action and generate strategies and actionable proposals for the protection of their intellectual property and their economic and cultural rights. In that process, Pedro is serving as an adviser, providing relevant legal and technical information, and helping organizations representing indigenous peoples in Peru and other Amazonian settings to formulate their plans, draft related proposals and agreements, and seek their approval in the appropriate national and international fora.

Over many centuries, the indigenous peoples of the Amazon have developed a vast store of knowledge about the region&#39;s unique, rich and diverse biological resources. In recent decades, that knowledge has often been shamelessly &quot;pirated&quot; by national and international firms in the pharmaceutical, food and cosmetic industries. In commercializing that knowledge and incorporating the region&#39;s biological resources in their products, the firms have realized substantial profits. Unfortunately, however, the indigenous peoples-the legal owners of the intellectual property and resources involved-have been reduced to the role of poorly-paid harvesters of jungle products, and in some instances irreplaceable natural resources have been threatened with extinction by unsustainable extractive practices. Sadly, many indigenous peoples are unaware that they are victims of commercial piracy and of the methods used by the firms involved to lay claim to their knowledge without proper compensation or proper regard for the protection of the rich biodiversity of the Amazonian region. As a result, many indigenous communities enter into contracts for the use of their knowledge and resources with little or no understanding of the consequences of those agreements or of other options that could protect their immediate and longer-term interests.
In Peru and elsewhere in the Amazonian region, associations of indigenous peoples are beginning to come to grips with the twin problems of the exploitation of their property rights and the unsustainable use and consequent destruction of the region&#39;s unique resource base. But such efforts are impeded by lack of relevant information and insufficient access to policy arenas, both national and international, in which intellectual property rights can be protected and redress for abusive practices can be sought.

From his base in Lima, Pedro is pursuing a carefully devised strategy to help indigenous communities throughout the Amazonian region to elaborate effective strategies and undertake concrete proposals to protect their property rights and conserve the biological resources that constitute an important part of their economic and cultural heritage. The first element of Pedro&#39;s strategy is the collection and dissemination of information on the problem of &quot;biopiracy&quot; and the remedies offered by existing national and international intellectual property law or by prospective national legislation or international agreements. Pedro is doing most of the required research and summarizing it in various formats, including training materials for use in group discussions and deliberations, which he is testing with the collaboration of several Peruvian indigenous communities. The materials thus assembled and prepared will then be distributed more widely throughout the region with the aid of an international nongovernmental secretariat (the Coordinating Unit for Indigenous Organizations in the Amazon Valley), which serves national confederations of indigenous communities in eight countries (Bolivia , Brazil, Colombia, Ecuador, Guyana, Peru, Surinam and Venezuela).
The second major component of Pedro&#39;s strategy is the design and development of a network of technical service units, in each of the eight national indigenous confederations, that will provide continuing monitoring and information services on &quot;biopiracy&quot; and its remedies to their member groups. The formation of that network will be a lengthy process in which training will obviously play an important role.
The third and final element of Pedro&#39;s strategy is the development, through continuing participatory processes, of various proposals for protecting the rights of indigenous communities in the commercialization of the region&#39;s biological resources and for assuring that those resources will be harvested in an ecologically sound and sustainable way. Pedro will play a central role in drafting those proposals and helping indigenous groups present and defend them in various fora, including international organizations, national legislative bodies and commercial negotiations.

Born and raised in Spain, where he completed university degrees in law, political studies and information sciences and graduate study in psychology, Pedro moved to Peru in the early l970s. Now a Peruvian citizen, he has worked tirelessly for more than 25 years to help indigenous communities develop productive economic activities, understand and protect their rights, and preserve their cultural traditions. During the 1970s, Pedro held various posts (including director of a department of community organization, and secretary general) in an organization that worked initially with five and eventually with as many as 32 Aguaruna communities in northeastern Peru in the implementation of micro-scale development initiatives. An important outcome of that endeavor was the creation and consolidation of the first multi-community, indigenous-led development initiative in the region. As a &quot;general assistant,&quot; Pedro helped that initiative organize food production, reforestation and agricultural marketing projects, develop a network of health promoters and, most importantly, obtain legal title to the river valley in which the member communities are located.
From 1980 until 1986, Pedro served as an adviser on legal and natural resource matters to the Aguaruna and Huambisa Council, which succeeded in bringing together 124 indigenous communities in a large, five-valley area in the Department of Amazonas and gained considerable international attention for its accomplishments. In 1986, he assumed a similar role in the Interethnic Association for the Development of the Peruvian Jungle, an organization linking and providing a broad range of services to thirty-eight indigenous federations throughout the Amazonian region of Peru.
Drawing on his experience over a twenty-five year period, Pedro has authored or co-authored numerous books and monographs on Peru&#39;s indigenous people, one of which focuses specifically on the legal aspects of their territorial and resource rights.