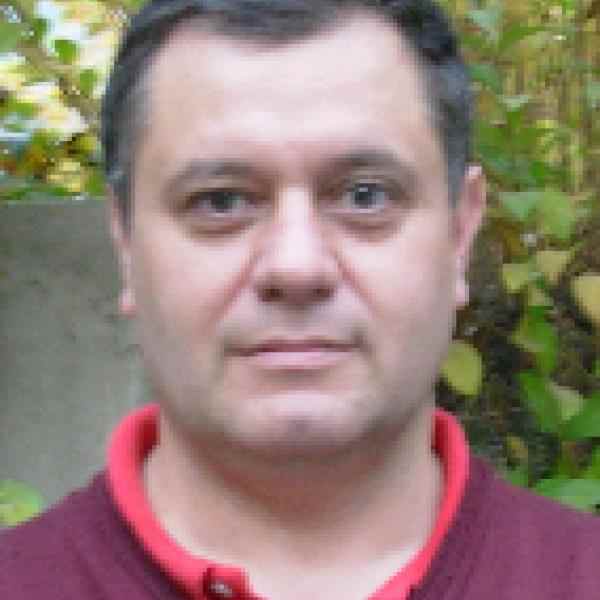 Pedro Chaná, a trailblazing physician, is changing how patients and doctors work together to achieve more effective treatment for chronic illnesses such as Parkinson’s disease and dystonias. He created a healthcare community in which all participants—physicians, patients, their families and support groups—are partners in treatment.

Pedro has established a network of “clubhouses” to treat people with chronic disorders, allowing physicians, patients, and patient associations to make clinical decisions by consensus. This network replaces the traditional clinical relationship in which the physician is the expert and the patient is a passive subject identified primarily by a diagnosis. In this collegial healthcare environment, patients receive medical attention from a team of specialists including neurologists, psychiatrists and occupational therapists. Pedro’s clubhouses are the nuclei of new health communities. They enable people to deal with chronic illness and to rebuild their lives, not just recover from a disease. They change the economics of treatment by allowing people to share the costs of medication. At the same time, they re-educate physicians in how to personalize their expertise and make it more effective. The focus is to leverage the strengths of patients, rather than emphasize their physical limitations. This shift is underscored with a semantic change: the Center for the Study of Motor Disorders (CETRAM) works with “members” not “patients.” Pedro first implemented his design for people with motor disorders but is now applying it to other long-term conditions such as stroke recovery. His approach represents a profound shift in perspective and attitude for physicians. Through university programs and work placements, Pedro is educating the next generation of physicians to see the value of this democratic approach to healthcare.

Medical care in Chile has traditionally dealt with patients exclusively in terms of diseases and diagnoses. It focuses on clinical solutions rather than the psychological and other social factors that affect patients’ progress and quality of life. In both the public and private health systems, the physician is assumed to always “know best”, and frequently an explanation of diagnosis is not considered necessary, leaving the patient to feel excluded and helpless. The issue of cost heightens the likelihood that the patient will feel powerless, particularly in the private system: health insurers are often motivated by profit and priority is given to patients with the ability to pay.This compartmentalized approach is especially unhelpful in addressing chronic diseases, where effective treatment does not depend solely on medical therapies but on more subtle psychological factors. These include how readily a person has come to terms with his or her illness, how it is affecting his/her self-esteem, and how heavily the cost of medications weighs on the family. Though patients know their bodies, they are not encouraged to participate or take responsibility for their healthcare. The information that could help them do so is rarely available. With a few exceptions, such as diabetes, there is little systematic educational effort for patients with long-term illnesses. Furthermore, physicians have become increasingly specialized in their fields, working less and less with teams of health professionals in other disciplines. Doctors rarely share information and fail to consider patients and their families as valuable contributors to treatment decisions.

In 2001, Pedro established CETRAM in Santiago to apply a treatment approach he designed, centered on patients and education. CETRAM is a citizen organization with board members who represent patients, physicians and patients’ associations; decisions are made by consensus. Volunteers staffed the center until it secured support in 2004 from the University of Santiago’s Faculty of Medical Sciences. The university supports the cost of a clubhouse—building and administrative staff—while patients’ associations fund individual projects offered to members, and patients meet some of the cost for the services they receive. Pedro believes it is essential to ensure all patients equal access to quality treatment, regardless of financial situation, so CETRAM uses a sliding scale according to a member’s ability to pay. Club members are on an equal footing with their physicians and are able to influence the course of their treatment. They and their families learn about medication and therapies, how to communicate their needs, make informed choices about treatment, and evaluate its efficacy. Collectively, members’ associations are able to buy drugs at cost that are often expensive or locally unavailable and sell them through the CETRAM clubhouses. The buying pool saves members about 30 percent of open market value. Some people require small doses, and the club organizes sharing among patients. The associations retain their separate identities but work with CETRAM in training and rehabilitation programs. In addition to drug procurement, they sponsor social projects and plan joint events with other patients’ associations to encourage cooperation and community.Pedro has spread his model to three other cities in Chile—Viña del Mar, Concepción and Copiapo. He is implementing a fourth in Linares. Interest has also spread abroad: a physician from Venezuela visited the project to consider implementing a similar model. To implant a shift in treatment attitude over the long term, Pedro is training the next generation of physicians in his approach to care of chronic disorders. His model applies to any chronic problems that impact a person’s ability to perform in everyday life, such as stroke rehabilitation. CETRAM physicians teach undergraduate and post-graduate courses at the University of Santiago and the private Universidad Andres Bello and Universidad Mayor, and offer training at CETRAM. More than 30 medical students, four neurologists, and 35 health professionals have received training with CETRAM.Academic work and peer recognition are critical for the model’s success and spread. The center publishes its professional philosophy through research papers focusing not on the biological aspects of motor disorders but on a “bio-social” approach highlighting the patient’s quality of life. Pedro has created a comprehensive website that posts a wealth of data of interest to medical professionals. CETRAM also convenes workshops and produces educational information for physicians, patients and the public. CETRAM sponsored a national congress of patients’ associations in 2006 to inspire cooperation and plans to expand it to a Latin American-wide event.

Pedro has been involved in public service projects since his teenage years, when he was a member of church youth groups which were one of the few ways young people could participate in social projects during the repressive 1980s.Pedro studied medicine at the University of Chile, when the public health service was crumbling due to a lack of resources and private healthcare was emerging. With his commitment to social issues, he chose to work as a prison physician to finance his post-graduate studies in neurology. His experience was a stark illustration of the harrowing impact of being ill and imprisoned. It honed his focus on the “whole person” and the factors that influence patients’ well being. After completing his studies, he worked on motor disorders in Spain and was impressed with the health system’s rich resources and integrated approach to medicine. In a German Clinic in Santiago, he set up a motor disorder unit to conduct implantation of deep cerebral stimulators—a pioneering operation in Chile. He has also been a leader in his area of specialization at the national and international level: serving as Executive Secretary of the Latin American Society of Abnormal Movement; organizing an Americas-wide congress of neurology; as regional Vice-President of the World Neurology Foundation; and as founder and President of Group of Friends of Parkinson’s. While working as a professor at the University of Santiago, he helped institute a program to train neurological specialists.Pedro is often consulted by government medical authorities and has begun shaping public policy by participating in ministerial and parliamentary commissions. His reputation as an innovator in the field has enabled him to challenge the established healthcare system in Chile and embark on implementing a bold, democratic vision. His expertise as a specialist and an academic gives him a foundation from which to deliver results on the ground—and credibility to persuade his peers and spread his model.