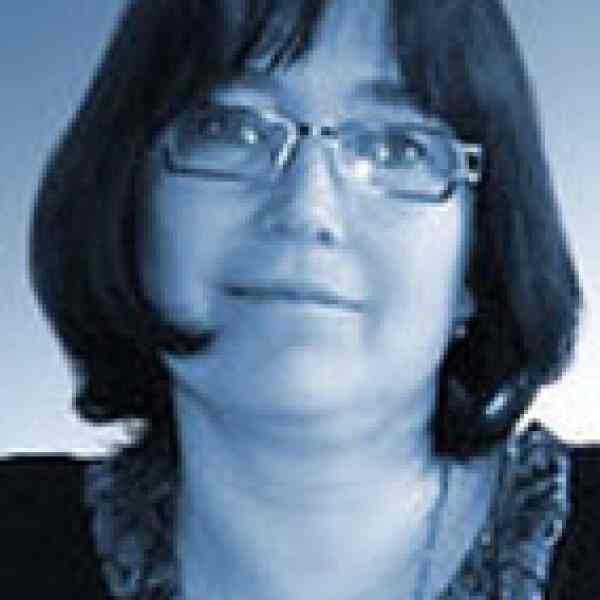 Martina Teminova-Richterova is the founder and director of an alternative drug treatment community in the Czech Republic. Her approach treats addicts with respect and teaches them in incremental steps how to take responsibility for their own recovery.

Martina Teminova-Richterova offers a form of psychologically oriented treatment for drug addicts that motivates them to take charge of their own recovery and reduces the likelihood of relapse after treatment. Her center combines the features of drop-in clinics, which have not yet become part of the social services for addicts in the Czech Republic, and residential treatment on a former farm that has been transformed into a treatment community. Martina's program is the first of its kind in the Republic; her approach contrasts in several respects to that of the state, which in its role of health care provider establishes the policy for addiction treatment. The state-and society in general-views drug addicts as deviants and socially undesirable; the only treatment available through public health services is enforced abstinence for a prescribed period of time in an institution. Martina and her colleagues, on the other hand, address the underlying dynamics of dependency through therapy that is conducted in an atmosphere of mutual respect; furthermore, she acknowledges that each patient is different and will move down the path to recovery at a different pace. In the conventional treatment model, the addict plays a passive role, which is transformed in Martina's program. Within a structure that resembles a caring family, professional and peer counselors help the addicts to assume personal responsibility, in incremental steps, for their recovery and reentry into society. Her vision of overcoming dependency within a supportive community echoes the themes of civil society building throughout the Czech Republic.

There are between 40,000 and 50,000 drug addicts in the Czech Republic, and according to recent studies, one out of every three secondary school student uses some form of illegal narcotics. Typically, they develop their addiction to the narcotics "Pervitine" and heroin, because they are easily obtained and relatively cheap in the larger urban areas.

Though there is a tendency in the society to sweep the subject under the rug, addiction is recognized by many as a growing and chronic problem. This has triggered a heated debate between the medical community, which advocates more exploration of treatment methods, and the government's institution-based strategy. This complex problem is not being addressed in a comprehensive way, and many of the proposed solutions are counter productive. Currently, there is an almost frantic fight by some politicians to force the Parliament to criminalize drug possessors. Other "solutions" only partially address the problem, because they are limited to single-focus, short-term approaches to the acute cases. For example, the government is now providing free methadone for heroin addicts in hopes that this will serve as a viable alternative to more comprehensive drug treatment.

This problem is further complicated because the Czech Republic spends relatively high amounts of money on prevention campaigns of a "just say no" nature but spends very little on treatment for recovering drug addicts. Consequently, the majority of drug addicts are placed in psychiatric institutions where they are grouped with alcoholics and are not given the specialized counseling that Martina believes they require to make a genuine recovery. Moreover, they are officially categorized as "cured" after three months and released without any follow-up aftercare.

However, a person who is recovering from a severe drug addiction faces a serious risk of a relapse, unless the treatment is followed by a "post-curative phase." Frequently relapsed addicts fall into an inner isolation. They are ashamed of their failure and are inclined to engage in additional forms of self-destruction.

Martina is the director and founder of an organization known as SANANIM, which is spearheading the drive to provide better care and treatment for the Czech Republic's drug addicts. In 1993, she opened the Contact Center in Prague, which adds a new health resource to Czech society in its function as a walk-in clinic for drug addicts. In addition to helping people with clear-cut addictions, the Center also works with those who believe that they might have a growing drug problem and are seeking the feedback they need to choose what they should do. For addicts who choose to enter treatment, the Center utilizes detoxification through partner clinics followed by longer term supervised care in a rectory and former farm near Nemcice, a town in southern Bohemia. The state has turned this facility over to Martina, and it is partially managed and cared for by the patients, who form a community while they are in treatment. Martina coordinates a professional staff of therapists.

After undergoing detoxification in one of the clinics that cooperates with SANANIM, all clients sign a contract with Martina's therapeutic team. The contract outlines the basic rules of the Nemcice community. With the understanding that they are being offered a skilled and balanced treatment, they are required to reciprocate by showing that they are really motivated to recover. A primary condition for treatment is a commitment to uphold mutual respect among the community of addicts and between the addict and his or her counselor, for the duration of the program.

Personal limitations and privacy are carefully respected at Nemcice. While all of the clients are taught to be sensitive to one another's needs, they are not to allow themselves to lapse into isolation. No one is allowed to lose communication with his or her therapists and peers. This is to ensure that addicts gradually recognize their own destructive behavior and how it isolates them from the rest of society.

At Nemcice the clients undergo a three-phase program. First, they learn such basic but fundamental things as getting used to the daily community regimen and gradually adjusting to the living conditions. Clients are treated like children who are learning how to walk and must concentrate on a consistent routine, take care of themselves and slowly begin to assume responsibility. All are assigned an "older sibling," a peer who has already reached an advanced stage of treatment. Gradually, they assume farm management tasks; they raise domestic animals and grow fruits and vegetables.

In the second phase, they are assigned the additional responsibility of coordinating the daily chores on a rotating basis. This teaches them to interact with others. In the third phase, they are prepared "to leave the nest." At this point the recovering addict finds a job within the Nemcice vicinity and learns how to earn a living while continuing to participate in the everyday life of the community.

Martina graduated from the Faculty of Pedagogy at Charles University in Prague, with a degree in special education. Afterwards, she joined the Center for Youth, which is designed to help young delinquents with behavioral problems. During this same period, she studied psychology at the Philosophy Faculty at Charles University.

In 1992, she passed a psychotherapeutic training program and in 1994 pursued further studies in Rogerian psychotherapy. Since then, she has been training candidates in courses for the care of addicts. Martina always speaks of her clients with great respect and delight.