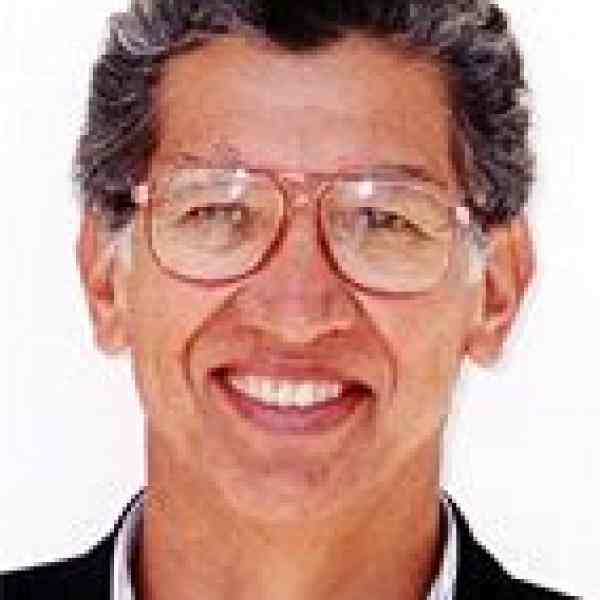 With the aim of combating childhood malnutrition, Mario Tapia is promoting and facilitating expanded production and consumption of highly nutritious, indigenous Andean grains (quinua, lupinus and others). He has identified varieties of those grains that can be profitably produced under various ecological conditions, and he is developing pilot processing plants and educational programs to encourage their widespread use.

On the basis of more than two decades of field research and participation in rural development projects in Andean settings, Mario Tapia is convinced that quinua, lupinus and other indigenous grains could play a key role in reducing childhood malnutrition, particularly in poor rural communities in which that problem is particularly prevalent. Unfortunately, for various reasons, those grains are currently produced and consumed only on a very small scale. But Mario has developed a plan for stimulating their production and encouraging their use on a widespread basis.The first of three principal components of Mario's plan is a concerted effort to persuade Andean farmers to expand their production of quinua, lupinus and other highly nutritious grains. Field research has identified high-yielding varieties of those grains that are particularly well adapted to various ecological conditions, and seed banks required for a rapid expansion of their production have already been established. What remains to be done, however, is to demonstrate, in key Andean locations, that such varieties can be readily and profitably produced on a much expanded scale.The second component of Mario's plan is the development of processing plants in rural locations that will prepare the grains for easy household use and generate by-products of significant economic value. Pilot processing plants have already been developed and tested, and the required technology is thus readily available.The third element of Mario's plan is an imaginative nutritional education initiative that will heighten awareness of the important benefits of using the indigenous grains (instead of markedly less nutritious wheat and rice) in household diets and offer other inducements for their use.

One of Latin America's poorer countries, Peru has long had an unusually high prevalence of malnutrition. The problem is particularly widespread&#150;and devastating&#150;among young children in the country's Andean highlands and in the slums and shantytowns of Lima and other major cities.Paradoxically, however, Peru is also richly endowed with a wide range of indigenous species of grains and edible tubers of exceptional nutritional value, most of which are to be found in the same highland areas in which childhood malnutrition is especially prevalent. Among at least ten such species, quinua (sometimes referred to as "the mother of grains") and lupinus ("Andean soy") are the best known and probably the most promising candidates for wider use, but several other grains, including kañiwa and kiwicha, could also play important roles in improving the nutritional content of low-cost diets. For each of these species, there are numerous native varieties, which are cultivated on a very small scale by farmers in Andean peasant communities, but none of them are currently cultivated and processed commercially or widely promoted as alternatives to (less nutritious) processed wheat and rice.Over the past several decades, Mario and other researchers have laid much of the groundwork for expanded production and consumption of quinua, lupinus and other indigenous species. Particularly productive varieties have been identified, seed banks have been established in universities and other research institutions and experimental prototypes of processing plants have been developed. But more work must be done to assure their widespread use. Farmers must be convinced that they can be profitably grown at a larger scale, commercial processing plants must be built (to facilitate their consumption both in rural and in poor urban settings) and nutritional education and promotion efforts will be needed to assure wider consumer acceptance.

Mario has developed well-defined strategies and work plans for implementing each of the three major components of his overall plan.To encourage farmers to expand their production of quinua, lupinus and other indigenous grains, he is continuing his efforts to identify varieties that are particularly high-yielding and well adapted to various ecological conditions. He is also engaged in a demonstration project in Cajamarca (and plans others in Junín and Puno) to persuade farmers of the feasibility and profitability of growing those crops. In addition, he is using seed fairs, in which small producers exchange seeds and experience, to stimulate interest in indigenous grains and to spur the creation of the farmer-held seed stocks that are needed for added production. To assure the availability of quinua and other grains in forms that are suitable for easy household use, Mario plans to build pilot processing plants in Andean communities. He also intends to encourage research of the use of by-products of such plants for commercial purposes, in order to enhance the attractiveness and profitability of the larger-scale processing facilities that will be required as production and consumption levels expand.And to encourage the substitution of quinua and other indigenous grains for (less nutritious) wheat and rice in family diets, Mario is developing a nutrition education and motivation campaign that includes training workshops for nutrition educators and health workers, a volunteer program in which university students travel to target communities and provide instruction in how to use the grains in meal preparation and contests in those communities with prizes for the women who produce most appealing and innovative recipes for their use.In the immediate term, these several activities will be concentrated in Cajamarca and surrounding communities, but Mario intends to develop other pilot and demonstration initiatives in Junín and Puno as soon as possible. In the longer term, building on successful ventures in those areas, he intends to extend his initiative to other Andean communities in Peru, and in Bolivia and Ecuador as well.

Born in Puno in the southern highlands of Peru, Mario is one of Peru's most distinguished agronomists and a leading researcher in Andean crops. His formal academic training includes an undergraduate degree in agronomy from Peru's National Agrarian University La Molina, a research program at the Grassland Institute of the University of Reading in the United Kingdom and graduate studies at Colorado State University in the United States, which awarded him a doctorate in agriculture in 1973.Mario's first academic post was at the National University of the Altiplano in Puno, where he taught agronomy and also served for a period as dean of the Faculty of Agronomy. His next assignment was with the Inter-American Institute of Agricultural Sciences in La Paz, Bolivia, where he coordinated a program of field research on Andean crops and established a series of germ plasm banks for quinua and several and several other indigenous species of grain. While employed by the Institute, he also organized the first of a continuing series of international congresses on Andean crops in which researchers from seven countries participate. After five years in Bolivia, Mario returned to Peru, where, from 1980 until 1985, he directed an ambitious research project on Andean crop systems (PISCA). Based at the University of Cuzco, funded by the Canadian International Development Research Centre (IDRC), and sponsored by IICA, that project involved extensive on-farm research with peasant farmers and had, among its several aims, the preservation of biodiversity in the Andean region of Peru. In the late 1980s, he engaged in similar research in a project (also funded by IDRC) under the sponsorship of Peru's National Institute of Agrarian Research, and for a brief period he also served as that group's national research director.At the conclusion of those assignments, Mario wrote a book on "Ecodevelopment in the High Andes," which was published by the Friedrich Ebert Foundation. He is currently working, on a part-time basis, as a research officer for the Consortium for the Sustainable Development of the Andes in a pilot agricultural systems initiative in Cajamarca.For more than three decades of research and teaching in Andean settings, Mario has served as a consultant to several community projects focusing on the production of Andean crops and the improvement of rural nutritional standards. He has also spurred the construction of pilot plants for the processing of quinua and other indigenous grains. In addition to the book noted above, he has authored numerous books, monographs and articles on Andean crops, sustainable development and related topics.