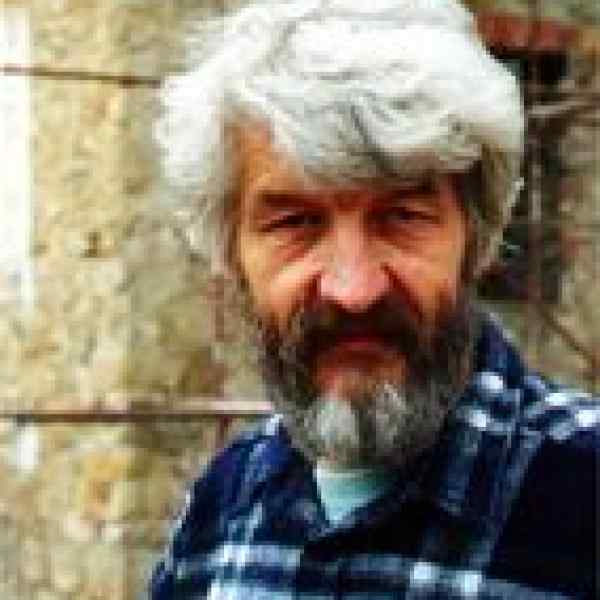 Jacek is involving the communities in the process of restoring the structural and cultural integrity of dilapidated castles, farmhouses, and other buildings scattered throughout the region. Through this effort, he brings new hope, pride, and opportunity to destitute communities of high unemployment. To teach young people old skills, he has created the first of what he hopes will be a network of artisan academies, offering programs in carpentry, blacksmithing, and other "lost" arts. With this foundation, young people can apprentice to a more senior artisan or start out on their own with Jacek's help. In addition to introducing new professional skills and employment to these communities, Jacek's restoration projects increase tourism, provide further income generation potential, and call attention to the importance of environmental preservation. And what's more, he uses the restored buildings to serve the communities as libraries, cultural events centers, or venues for exhibitions and concerts. Through these economic and cultural benefits, Jacek has garnered the support and involvement of the communities in which he works.

Historical buildings throughout central Europe have been severely damaged or destroyed by twentieth century warfare. In fact, less than 40 percent of these buildings remain intact. Few public funds have been earmarked for their restoration, and in more cases than not, the approach has been to tear them down completely, and build modern structures in their place. These important historical buildings, which help to anchor Polish society and attract tourists, are vulnerable: in a matter of minutes, four or five centuries of history can be demolished. In Poland, previously nationalized farms tend to be a goldmine of old historic buildings, surrounded by fragile gardens. And it's in these areas that unemployment has soared in recent years, reaching as high as 25 percent. People are desperately looking for work, and are eager for a steady job, especially if it means restoring something dear to their history and that may promise tourist money as well.

Jacek realized the need to convince and involve the community by bringing them jobs and convincing them that the rebuilt castles would attract tourists. This led him to researching the social environment and he found that those severely damaged buildings, with no hope for restoring, are typically found in areas with extremely high unemployment.He also realized that to rebuild following the ancient technologies one must have a large pool of artisans - and no schools were teaching those skills in the whole region. This made him think that launching the new professions and education system would be a vehicle for restoring old buildings, and at the same time - would bring new jobs to people. Jacek realized that he needed wooden ceilings, metal details, and old doors to use in the restoration. Many of the materials, salvaged from long-past demolitions, were hidden away in people's attics and barns throughout the country, as it was legal to strip these old buildings of their parts in the communist era. Jacek thought that this might be a vehicle for stimulating community interest and collaboration in his work: people could earn money through gathering, storing, preparing, and selling those parts. Working as an architecture caretaker at a historic site called the Black Manor since 1978, Jacek struggled with the local authorities without success. To act independently, in 1988, when only it became possible, he founded his for-profit enterprise, the aim of which was to identify sites' restoration projects and to generate profit for training and marketing. In 1990, he founded a nonprofit called the Foundation for Ecological Culture and in a pilot effort, began restoring the Black Manor. In 1991, Jacek organized the first international conference on the ecological culture, which started a decade of international cooperation and exchange. Jacek is especially involved in international cooperation, as his model project is located near the border of Germany and Czech Republic. He brought these countries into an international project called to preserve the buildings based on the techniques he has developed in working on the Black Manor. In 1997, he began hosting groups of youth volunteers at the Black Manor, and hopes to devise the best ways to educate and involve young people. In 1998, while at an international gathering in Lipsk, he initiated an international network of centers to teach artisan skills to support restoration efforts and alleviate unemployment. By 2000, he had arranged for one hundred internships in Poland, Germany, Czech Republic, and Latvia. The internships allow young people to learn of the history and arts of various historical periods, as well as experiment with ancient techniques of construction. After gathering experience with youth workshops and internships, Jacek plans to launch an formal program called "Academy for Artisans" in 2002. He plans to award apprenticeship and master diplomas to thirty students in 2003 and sixty in 2004. He plans to develop Academies elsewhere in Poland, especially in areas of high unemployment, and eventually in other formerly communist countries in the region, including the areas that was once East Germany. Since 1990, Jacek has raised public awareness of his work through newsletters and appearances on the radio and TV.

Social activism runs in Jacek's family: his great-grandfather was a self-educated peasant who organized peasants and campaigned for their rights. Jacek's grandparents and parents were teachers and also very socially involved. At his high school, Jacek was very actively involved in sports and in restoring the traditional scouting and sailor teams. And later, Jacek was active in the student movement against the totalitarian regime of the time.Jacek started to think about his project in 1978, when as an architect he encountered the ancient, valuable but severely damaged Black Manor in Jelenia Gora on a nationalized farm. It was dilapidated and uncared for. Jacek's struggle to preserve and restore the Black Manor in many ways led directly to his work today. He feels passionately about these old buildings and the cultural heritage they mean for this generation and, he hopes, for many generations to come.